Many schools block access to popular sites like YouTube to stop students getting distracted. If you currently attend a college or University where YouTube is blocked on the WiFi, you are going to need a Virtual Private Network (VPN). A VPN lets you bypass local network restrictions completely, by allowing you to pretend to be elsewhere.

As soon as the VPN connects, you no longer seem to be at school and the network restrictions no longer apply. Even better, the VPN also encrypts your data so that the school’s network administrator will never know that you bypassed the blocks to watch YouTube (or other restricted services, such as Netflix).

In this guide we will explain exactly how you can bypass school WiFi restrictions to access YouTube, Minecraft, Netflix, or anything else that is blocked. And the good news is that it is super-easy!

There are a few different ways to unblock content while connected to school WiFi. Each method has its benefits and depending on your needs, you can opt to use any one of them. However, only a VPN will allow you to unblock services while also gaining digital privacy.

This is important because schools block websites and services to ensure that students don’t access them (to keep you productive in your studies and to stop you accessing harmful content). That is why it is better to use a VPN, which will unblock YouTube while simultaneously providing privacy.

Although VPNs are by far the best choice, for complete transparency we have listed every available unblocking method below. That way you can unblock content using whichever method suits you best.

A VPN is by far the best way to unblock content while at school. With a VPN you can easily bypass local network restrictions, not just at school, but on any network where there are restrictions. As soon as you have a VPN, it is a tool that will come in useful everywhere that you go (including at home). A VPN can do a couple of great things, such as:

Using a VPN to bypass WiFi blocks in privacy is extremely easy. All you need to do is follow these simple steps:

My school is blocking VPNs

Unfortunately, it is a very realistic possibility that your school network administrator is actually blocking all search terms related to VPNs and all websites belonging to VPN providers. This will make it impossible for you to download and subscribe to a VPN without unblocking the website first. One option is to use the Google Translate method (more on this below).

Alternatively, you could subscribe to the VPN service and install the software onto your devices while you are at home. That way, when you go to school, you will already have the VPN at your disposal; ready to unblock YouTube and access your favorite music, vlogs, independent news - or anything else that interests you.

Proxies are another popular method that many people use to bypass blocks. Proxies come in two primary forms:

These proxies can allow you to bypass the restrictions put in place by your school, but they will not provide the level of privacy you get with a VPN. One advantage of a proxy is that you may be able to unblock YouTube right away for free. However, the school’s network admin may find out, which could get you in trouble.

It is also worth bearing in mind that good free proxies are getting rarer and rarer, and many paid services are replacing them - so you may have trouble even finding a good free one. And rather than paying for a proxy, it is much better to get a VPN, so don’t fall into the trap of paying for a transparent proxy that provides no privacy; it would be a waste of your money.

The lack of privacy you get with a proxy is why we recommend using a VPN. The good news is that if you're low on cash, there are some free VPNs on the market that will allow you to gain privacy and unblock YouTube at school without spending a dime.

Be careful when choosing the right free VPN

You must be careful to stick to only trustworthy free VPNs, as there are plenty of dangerous ones out there that could put you in danger.

Many cowboy services exist that have terrible privacy policies, and some even contain spyware and malware. So please do not choose free VPNs at random on the Google Play Store because even some services that appear high in the list and have seemingly good ratings could be a con.

Our free VPN recommendations are safe, but they have download limits in place. That means you will only be able to watch a certain amount of YouTube videos each month. If you need further use of a VPN, you will need to pay for a cheap unlimited VPN instead.

How to Unblock Websites at school, work, or home using a VPN

Use Google Translate to unblock YouTube (or VPN sites)

Network admins create block lists for websites by manually selecting sites to block one by one. To stop students from visiting YouTube, they block YouTube.com. However, they do not usually block Google Translate, thanks to its usefulness in the classroom. Thankfully, it can also be a useful and effective tool for getting around website blocks at school.

To use this trick, simply enter your search term into Google Translate and select a foreign language to translate to (in our example we used Portuguese). 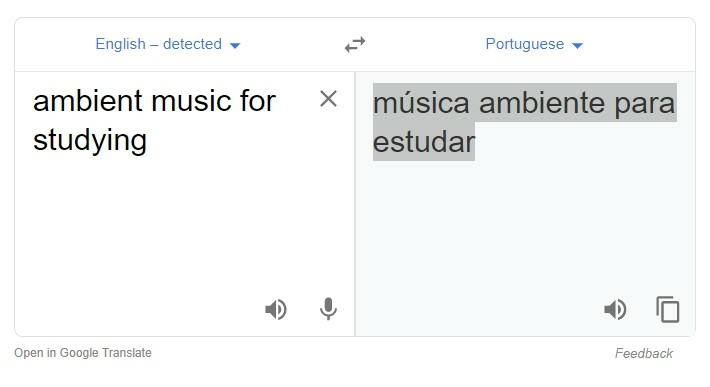 Highlight the translation and copy it into Google to search for it. The search engine will now serve you foreign-language results that you can choose to access in your own language by clicking Translate this page.

The URL should look like this after your browser loads using this amazing trick:

This is technically a Google Translate page rather than a YouTube page. As a result, it will load even on your school’s WiFi. This clever workaround will allow you to unblock just about any website you can think of. Just translate the search terms you are interested in and then use Google Translate to access the website. It should load the page successfully every time.

Alternatively, if you want to use this trick but don't want to have to dive into the Google Translate page, you can simply copy the following into your address bar:

Now, type the URL you want to access after the = sign (netflix.com, for example). When you press enter, the translated page will load without being blocked by your school.

However, please be warned, your network administrator will easily be able to see which websites you are visiting. As a result, you could get caught and you could get in trouble for accessing blocked websites. For this reason, it is much safer - and a much better long-term solution - to use a VPN instead.

On the other hand, if you only need to watch one video (and it is study-related content that won’t get you in trouble) then you can use this method. If you have a genuine explanation for accessing a YouTube video, you shouldn’t get in trouble if you are discovered bending the rules.

Why does school block everything?

In addition, schools have a responsibility to protect students from illegal, immoral, or otherwise inappropriate content. For this reason, schools will censor and block anything which could be deemed harmful. Admittedly, some concerns have been raised that school internet filtering is sometimes too restrictive.

Some parents and students have argued that some blogs, websites, and resources blocked by schools cause discrimination in their own right. Those individuals feel that schools don’t always do a good job of selecting what to filter. This is always a problem when anybody is given the power to censor because ultimately somebody has to choose what is and isn’t appropriate, and people will naturally disagree on those things.

When schools block useful content that serves a legitimate interest to a student's studies, self expression, cultural identity, or educational development, a VPN can be a valuable tool.

YouTube is known to harbor a lot of user-made content that contains extremist beliefs, concerning opinions, lies presented as facts, and overtly racist or prejudiced comments and videos.