W10Privacy is a free anti-spy tool for Windows 10, designed by German developer Bernd Schuster. The intuitive application is a single executable file designed to ease some pain caused when utilizing Windows 10, allowing users to change privacy settings, block advertisements and disable the Windows Update feature with the click of a few buttons.

Once downloaded, W10Privacy doesn’t even need installing to work. Simply boot the executable file in administrator mode and allow it to access the Registry Editor in order to gain full functionality. From there, the software acts as a one-stop-shop to customize all the aforementioned settings without having to dive into multiple menus or risk changing something that shouldn’t be altered.

Windows Defender often flags W10Privacy as unsafe and prompts you to cancel the download. This is a false flag, as W10Privacy is perfectly harmless. Simply click "more info" to make the "Run" button appear. 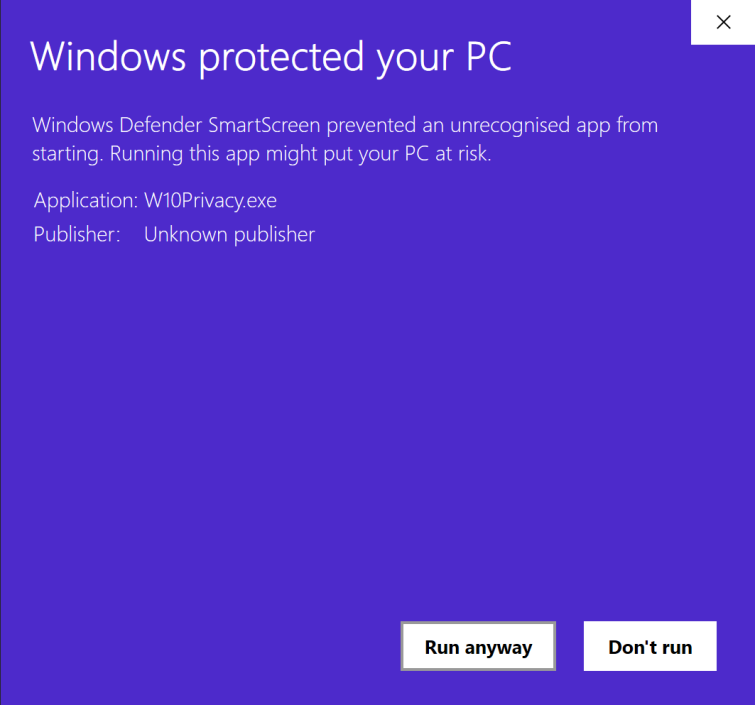 While it’s possible to in Windows 10, traversing the Windows 10 Registry manually can often be a challenge for the casual user. Preferences are hidden within a plethora of drop-down menus that can often contain unfamiliar terminology and changing them can sometimes bring about unforeseen repercussions. 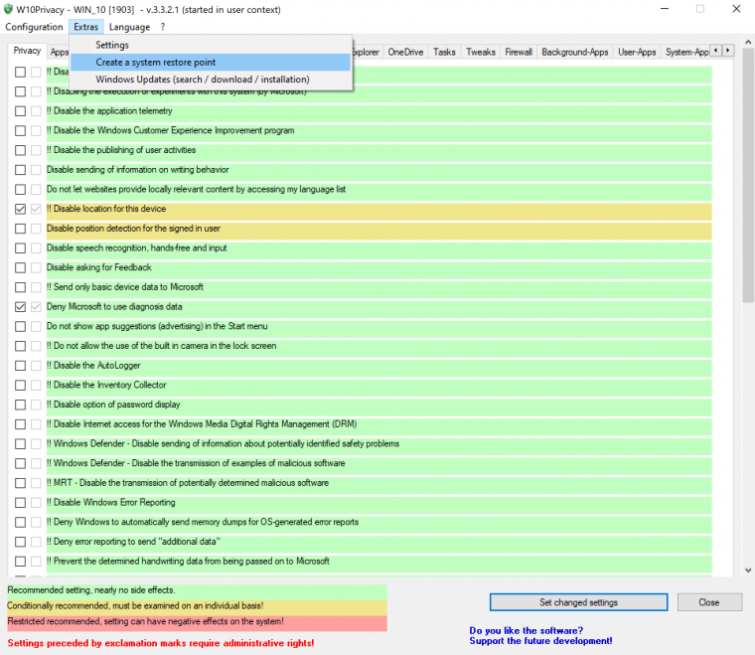 Fortunately, as recommended when touching the Registry Editor, W10Privacy automatically prompts the user to create a restore point which can then be used to reset changes should anything go wrong.

W10Privacy prides itself on being accessible to all color-coding recommended actions based on their side effects to the system. Using a traffic light structure, green means that the user can change the setting with almost no noticeable fallout beyond the loss of the option’s direct functionality. Yellow, or amber, is conditionally recommended, requiring the user to look into the option they’re about to alter before confirming any changes. Restricted recommended settings are highlighted in red, and can potentially negatively impact the system if changed from their default state.

The terminology isn’t the friendliest to users without experience, but W10Privacy elaborates and explains when the cursor hovers over the option. These preferences are also sorted into categories, consisting of Privacy, Apps, Telemetry, Search, Network, Explorer, Services, Edge, Internet Explorer, OneDrive, Tasks, Tweaks, Firewall, Background-Apps, User-Apps, and System-Apps. This makes the selection significantly easier to browse, but it does seem a loss that there is no Search function to locate particular options quicker.

Microsoft has been lambasted for its forceful approach to updating Windows 10, with patches often catching users at inconvenient times. In recent memory, Windows 10 updates have also posed a risk as users lost significant amounts of data due to errors on the publisher’s side. Unfortunately, Windows 10 Home users are stuck with the built-in deferral, but Pro and Enterprise users can utilize W10Privacy allows users to disable Windows Update without diving into menus.

Of course, this presents potential security risks as Microsoft will no longer be able to patch known vulnerabilities. Those that do use this option are recommended to keep on top of updates manually, rather than fall behind.

Microsoft ships Windows 10 with a staggering amount of first-party applications. If it’s not already provided, like its OneNote cloud services, Xbox gaming application, Groove Music, Camera, and Maps, Microsoft is trying to sell it to you in the form of Office or its Windows App Store. W10Privacy allows users to disable or even uninstall Windows 10 applications at the click of a button.

Why do you need to customize privacy settings in Windows 10?

Microsoft has received a lot of criticism for turning Windows 10 into a service rather than a product, imposing very few limitations on the data it collects by default. It does this in the name of a more personalized experience, but this allows a single company to compile intricate profiles on numerous individuals.

Some of these efforts have received negative publicity since they debuted, such as Windows Customer Experience Improvement program and advertising IDs, but others are a lot less on-the-nose. ‘Application telemetry’ and ‘activity history’ enable the company to track application usage, websites browsed and what files are accessed. While Windows has always kept tabs on the location of systems using its software, Windows 10 has a habit of recording speech recognition and handwriting where applicable to better identify the user.

Even helpful features have been known to help create profiles of Windows 10 users. While error reports are engineers to diagnose and effectively fix problems in a timely manner, they can also grant access to a range of personal data from hardware and software to usage.

The default settings in Windows 10 are an absolute nightmare for the privacy-conscious and, therefore, have to be customized if users wish to avoid Microsoft building a profile of them. W10Privacy is a great anti-spy application that makes traversing the Registry Editor much less of a chore and significantly less daunting for casual users new to the scene. Created by a single developer, the application is completely free with the option to donate to Schuster in the bottom right-hand corner.

Its traffic light system and additional information are particularly welcome, but it’s the unprecedented amount of easily accessible options that makes W10Privacy stand out. Unfortunately, this acts as a double-edged sword as it makes the lack of search functionality all the more noticeable. Still, it’s preferable to learn your way around an application with many options than use competitors that don’t offer quite as much bang for your buck. 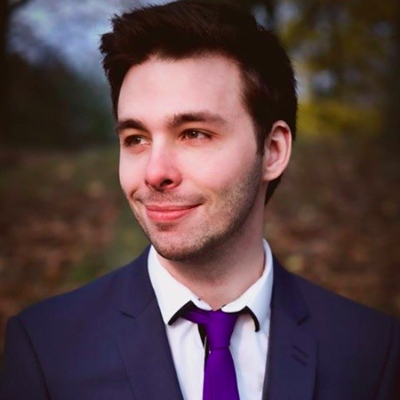