These are the best VPNs for Netflix

Netflix has well over 5,700 TV shows and movies in its library, but it doesn't make all of this content available to its users around the world. Subscribers in the UK, for example, only get access to 2,967 titles, while those in Germany are limited to 1,785. Many countries across Asia and Africa are limited to just a few hundred titles.

Using a Netflix VPN, you can unlock the full potential of your subscription and increase the amount of content you have available. All you need to do is subscribe to a VPN that works with Netflix, connect to a server in the United States and you can use your current subscription to watch the complete Netflix catalog.

But there is a catch (of course). Netflix actively blocks VPNs and dedicates significant resources to making sure they cannot be used for this purpose. There are only a handful of VPNs willing to enter this perpetual game of cat and mouse. As you can imagine, it's both expensive and time-consuming trying to stay one step ahead of the largest media organization on the planet.

ProPrivacy tests the tech on this list on a daily basis. We use a set of automated tests and our in house team of researchers manually verify the results. Every VPN on our list works with Netflix USA at a minimum and many unlock additional regions such as Japan, Germany and France.

Why are these the best Netflix VPNs: 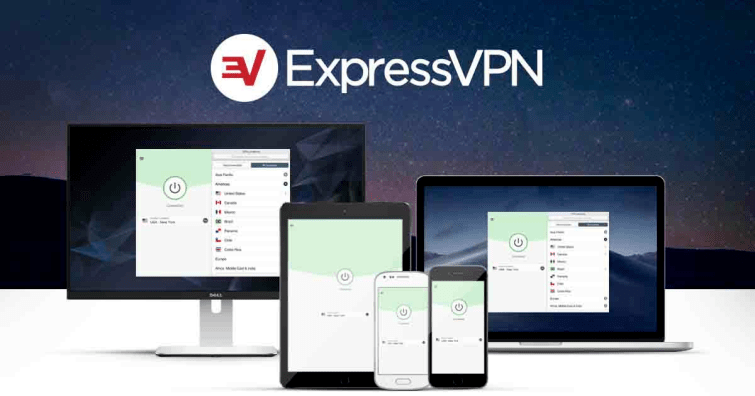 ExpressVPN remains one of the best-known names in the industry and always seems to stay one step ahead of Netflix.

One of the stand out features that makes ExpressVPN a great choice for Netflix users is the built-in speed testing tool.

The ExpressVPN apps for Windows and Mac allow you to run tests on server locations to check the latency and download speed of each VPN server. The software then ranks them by Speed Index. The higher the number, the better the performance.

This is incredibly useful for Netflix streaming. All you need to do run the Speed Test and choose the US server location with the highest Speed Index.

Most people simply want access to the largest content library, which is Netflix USA, but ExpressVPN also does a great job at unlocking regional libraries like Netflix UK, Canada, France and Japan. This is useful if you are traveling and want to continue watching content in your home country or simply want to your fix of anime. 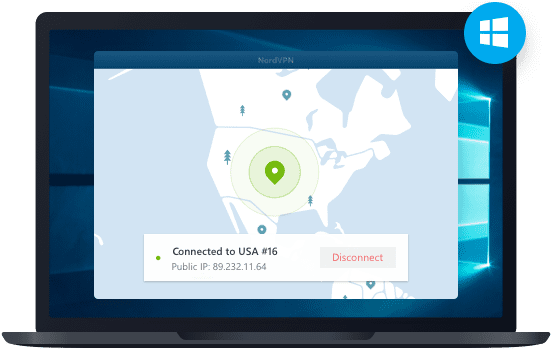 NordVPN remains one the best VPNs for Netflix USA. One of the biggest issues that people have when using a VPN to access Netflix is buffering. Generally speaking, the further you are away from the VPN server, the slower your connection will be. They sidestep this issue thanks to a special feature called SmartPlay.

SmartPlay is a built-in proxy service that re-routes your requests to stream Netflix through a server located in the USA, regardless of which VPN server you connect to. For example, if you live in Australia, you can connect to a server in Australia and still watch Netflix USA. SmartPlay is implemented by default and can be accessed using all NordVPN apps.

We have tested NordVPN and you can watch Netflix US using ANY server with the exception of those in the United Kingdom, Canada, Japan, France, Germany, and Italy. That's because Nord also provides access to these regional Netflix libraries. For people located in these regions that want to access Netflix USA, you will need to connect to a server in a different country (our recommendation is to use a server based as close to your true location as possible i.e. a neighbouring country).

We can also confirm that you can access regional libraries in  United Kingdom, Canada, Japan, France, Germany, and Italy by connecting to any server in that particular region. 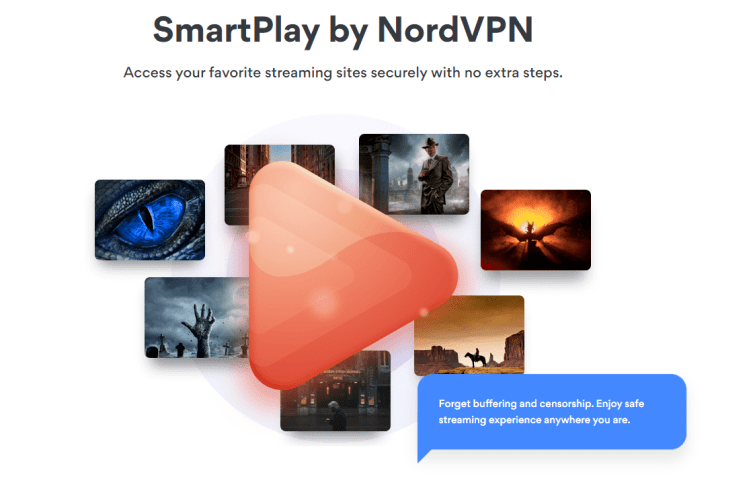 It takes a while to wrap your head around the mechanics of SmartPlay, but once you understand which server you need to connect to, the results are very impressive, with virtually no drops in streaming performance.

NordVPN is affordable, and its VPN apps are available for all platforms. It will also unlock BBC iPlayer and hulu. The NordVPN apps are extremely easy to use and this service features 24/7 live chat support. Try this premium VPN today with its 30-day money-back guarantee. 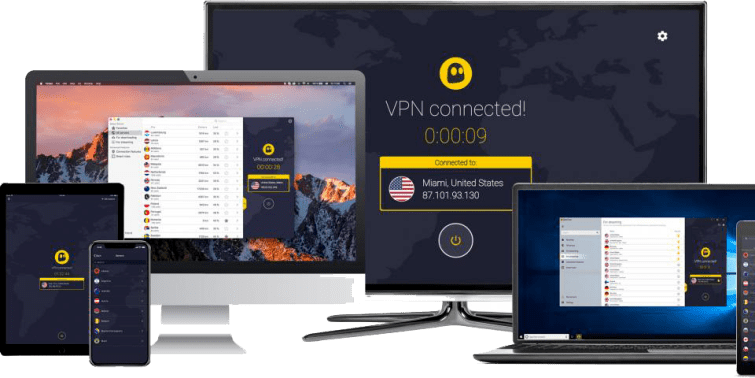 CyberGhost VPN is unique in that it guarantees access to Netflix US when connected to one of its 'streaming optimized servers'. We haven't tested this guarantee out, but that's because it always seems to work.

Unlike some other providers on the list, CyberGhost VPN doesn't offer access to all of the regional libraries. At the moment, it officially supports the United States, Germany, France and the United Kingdom. 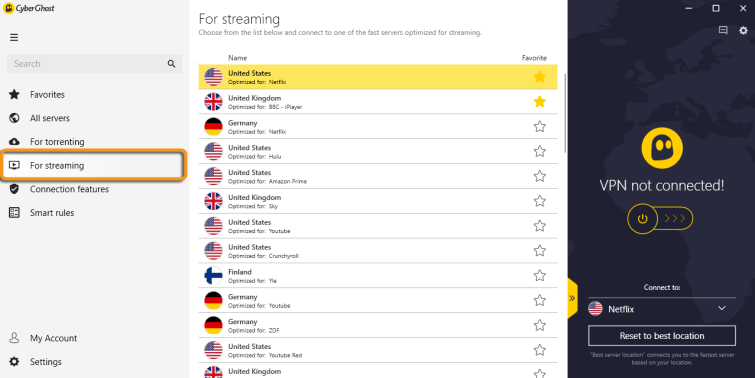 All you need to do is connect to the US streaming server for Netflix and this easy to use service automatically connects you to one of 40+ servers specially reserved for Netflix. This stops you from connecting to a server that is congested. CyberGhosts’s Netflix servers average at 30 Mbps; which is good enough to stream in 4K. You can even try this service for 45 whole days - thanks to CyberGhost’s industry-leading money-back guarantee.

Surfshark is new on the VPN scene, but, it has hit the ground running. Based in the British Virgin Islands, Surfshark is a no-logs VPN service with great technical security and superb 24/7 support. At our recent ProPrivacy.com Awards - which have quickly become the industry gold standard for recognizing achievement in the VPN industry- Surfshark won the Best Newcomer award. Read on to find out why Surfhark was crowned Best Newcomer at this year's exclusive Las Vegas event!

Surfshark unblocks a wide selection of streaming services, including Netflix in 16 different countries. Which is quite some achievement. In our tests, it unblocked US Netflix and BBC iPlayer as advertised. 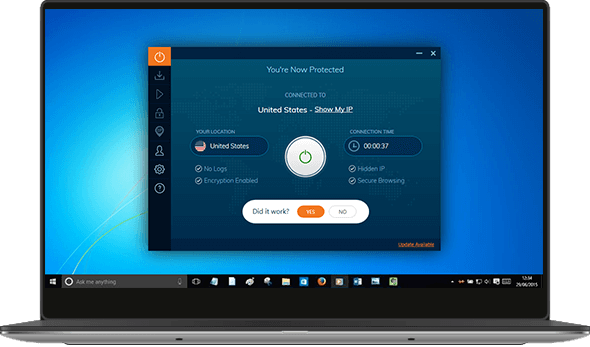 Ivacy is one of the few providers to boast being able to access most regional Netflix libraries. The only other provider on our list that manages this feat is PrivateVPN. This makes it a great choice for those that want to access content in specific languages that is not available in the English speaking libraries.

Ivacy consistently tops the ProPrivacy Speed Tests and won our coveted Fastest VPN Award last year. If you don't have a great deal of bandwidth to play with, Ivacy could be worth a shot.

The provider has done a lot of work to remove the hassle from streaming Netflix by introducing its 'channels' feature. This essentially bridges the gap between a TV guide and a VPN by offering one click access to various streaming services. 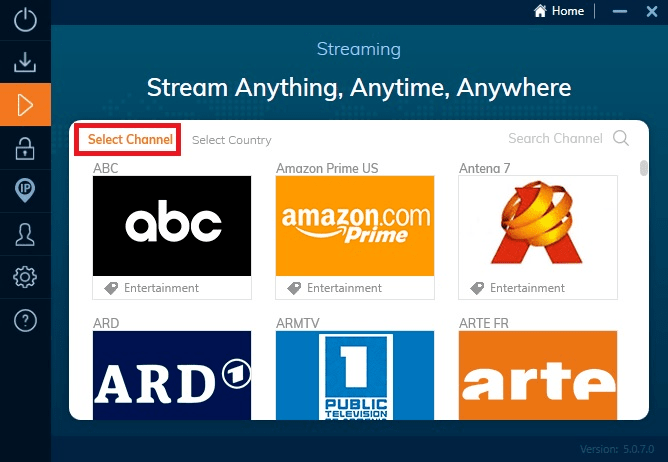 Open the app, click the Netflix channel and let the magic happen. It also makes it easy to connect to other services - everything from hulu to ABC.

The truth is, this feature isn't doing anything other than removing a few clicks, but if you are new to the world of VPNs or just like the idea of having an 'entertainment control panel' - it's a nice little feature to have.

Its apps are available for all platforms and are really easy to use. It features a 24/7 customer care should you need any help and you can test it using its 30-day money-back guarantee.

How to unblock Netflix

Unblocking Netflix to get more content is actually extremely easy. All you need is a compatible VPN and then follow the steps below:

Other VPNs that work with Netflix

Below is a list of other VPNs that we have confirmed work with Netflix but didn't quite make our top 5 list:

Below are some of the providers you can write off immediately.

No, VPNs are used by businesses and individuals to gain digital privacy and are not illegal in any country. We recommend checking out our is Netflix illegal? guide for a look at the potential repercussions of using a VPN with Netflix.

Yes... Well sort of. Free VPNs are restrictive, but there is a way to get a premium VPN for free. Check out our free VPN for Netflix hack to find out how.

Most VPNs do not work with Netflix, because they do not spend resources on providing IPs that are not blacklisted by Netflix. Of the VPN tech that does unblock Netflix they

There are a few things you could try if your Netflix VPN isn't working. Try a different location, or if that doesn't work, get in touch with the provider. For additional help, we cover in-depth troubleshooting tips in our Netflix VPN not working guide.

Netflix would prefer to show all the movies and TV shows in its library in every country. However, those who hold the copyright can force Netflix's hand and dictate the territories they want their content to be shown in. This is typically done to protect other licensing agreements they may have in other countries. As a result, each country will have a slightly different Netflix library. To learn how to stream this content, check out our guide to changing your Netflix region.

Yes, when using a VPN for Netflix became popular, it didn’t take long for the copyright holders to put pressure on Netflix to crack down on subscribers using VPNs. However, Netflix has an obligation to its shareholders and it would not make good business sense to start cutting off paying customers. Instead, it will just prevent you from streaming any titles until you disconnect from your VPN. For more infromation on Netflix's VPN ban and how to get around it. Check out our guide on the Netflix VPN ban fixes.

Some VPNs do have extensions for Chrome and Firefox, and sometimes these are proxy extensions (that can be used to unblock films & TV shows). However, these kinds of proxies tend not to unblock Netflix on their own. For this reason, you will need to use the Netflix VPN Google extension (or Firefox VPN extension) in combination with the full VPN client to get it to work.

If your Netflix VPN is slow, there is little you can do to change this, meaning that you may need to ditch your service in favor of a faster one from this list. However, the level of encryption that is selected within the VPN client could be influencing your speeds. Many VPNs allow you to alter the kind of encryption protocol you use, and for accessing Netflix, it is better to opt for either PPTP, OpenVPN UDP, or IKEv2. If you are experiencing problems, open your VPN’s settings and try out the different encryption options. If one works better for you; use it! However, remember that if you change onto PPTP, you will not be gaining strong digital privacy (for strong digital privacy stick to OpenVPN UDP).