From our point of view, we want our internet speeds to be as fast and as consistent as possible, however, internet service providers often restrict their customer's speeds, which is commonly referred to as ISP throttling. One of the reasons ISPs do this is to save costs or because some ISPs simply cannot service hundreds of thousands with the high speeds promised.

How will a VPN can help bypass ISP throttling

Using a VPN service connects your computer (including mobile devices) to a VPN provider’s servers using an encrypted tunnel. Because all data passing through this tunnel is protected by strong encryption, your ISP cannot know what users are doing on the internet, and therefore cannot prioritize or discriminate against specific services.

Just to demonstrate how effective this can be, in July Colin Nederkoorn, CEO of Customer.io, performed a series of tests in which using VPN improved his connection speeds when streaming Netflix over his Verizon connection tenfold!

Using a VPN therefore prevents bandwidth throttling of internet services, and will likely become a vital tool in the struggle to preserve net neutrality. However…

It is possible for ISPs to throttle / block VPN itself

Although all data passing through an encrypted VPN tunnel is hidden from an ISP, it can ‘see’ the tunnel itself, and can therefore choose to throttle or block all such traffic. Alternatively, it can simply throttle or block all traffic connected to known IP addresses belonging to VPN providers.

Throttling or blocking VPN traffic is very problematic, as businesses rely on VPN to secure internal communications, process payments, and for any number of routine purposes that are vital for them to operate, so banning VPN protocols would have a very negative impact on the economy.

This is a problem compounded by the fact that running OpenVPN (or SSTP) over TCP port 443 makes VPN traffic indistinguishable from the HTTPS traffic (https://), which uses the protocol on which almost all internet security relies.

VPN traffic is therefore only blocked in extremely restrictive countries such as China or Iran, but there is some evidence US companies may be throttling it. Fortunately, this can be easily bypassed by switching to tcp port 443, tampering with this would effectively break the internet.

For more information about using a VPN in a country with strong internet censorship, check out our best VPN for China and best VPN for Iran pages.

Many providers’ custom VPN clients let you easily switch ports. To do this in the generic open source OpenVPN client, you can edit the relevant .ovpn config file in a text editor, and manually change the settings. 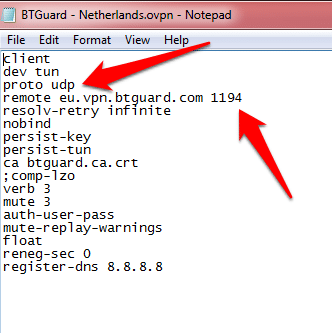 If you have problems, then your VPN provider should be able and happy to provide assistance.

Many VPN providers also offer ‘stealth’ servers, which use obfspoxy like technologies to mask the use of VPN traffic.

A bigger danger is that ISPs might throttle the internet for users connected to the known IP ranges of VPN providers. As a user, there is not much you can do about this apart from choose to use less well-known VPN providers, but the providers themselves can recycle their IP addresses, setup new proxy servers, and perform various other tricks to help combat this threat.

Throttling outside the United States

The recent collapse of net neutrality in the US, and in particular the closing of the FCC’s public consultation period (which was extended from July 15th to September 15th in order to handle the huge volume of comments it received), has focused world attention on the issue of throttling in America, and has made it an urgent priority for American netizens.

The rest of the world, however, is watching events in the US very closely, and ISPs everywhere are hoping it will set a precedent allowing them to charge differently for different levels of internet access and bandwidth.

The EU and Brazil have passed legislation aimed at guaranteeing net neutrality, but even here, the fact that a huge proportion of all internet traffic passes through the US (even when the US is neither its start point nor its destination) means that what happen in the States is likely to affect users elsewhere.

In all cases, as long as it is not itself throttled, VPN will help (and discussed above, even when it is throttled, options are available).

A note on BitTorrent throttling 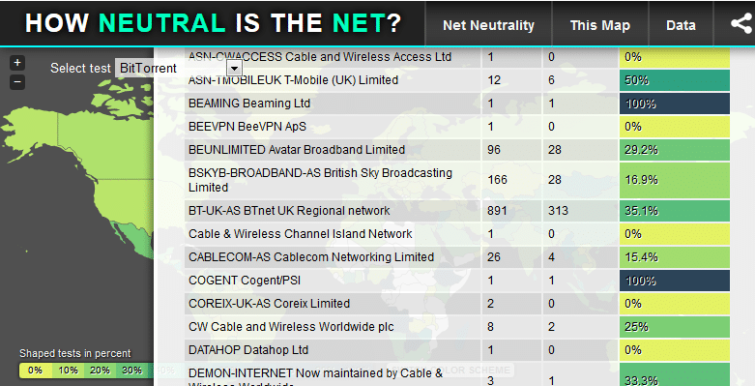 If you want to know more about using a VPN to torrent safely, take a look at our best VPNs for torrenting article.

Because VPN involves data travelling through an extra leg of the journey as it routes through the VPN servers, and because encrypting and decrypting data takes processing power, using VPN always comes with a speed hit, which can be as low as 10 percent, but can be much more.

The benefit of using VPN to evade throttling therefore depends on the speed hit resulting from using a VPN, put against the amount of throttling that is occurring. As demonstrated fairly spectacularly by Mr Nederkoorn and his 10 x faster Netflix speeds when using VPN however (as mentioned earlier), the benefits can still be considerable.