Netflix is not readily available in China. Unlike many online services, this is not because it is officially blocked by the Chinese government per se. But regulatory barriers mean that China joins Syria and North Korea as the only counties in the world where Netflix is not present.

Fortunately, despite ongoing efforts to block the use of VPNs for evading the Great Firewall of China (GFW) online censorship system, you can watch Netflix in China using a VPN.

Is Netflix available in China?

The official answer is no, Netflix does not work in China. Technically, Netflix is not "banned” in China, but tight restrictions on what foreign companies can and cannot publish online, plus strict data storage regulations, have prevented Netflix from securing the licensing deals necessary to launch its service in China. However, there are workarounds available, which we discuss later on in this guide. 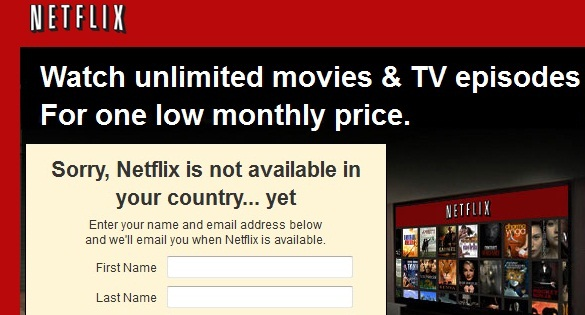 Will Netflix ever be available in China?

Netflix has stated that it has no immediate plans to open in China. In 2017, it did strike a licensing deal with Chinese video streaming giant iQiyi to release original content in China, but this is a long way from the standard Netflix experience and is all but useless to non-Mandarin-speaking visitors to, and residents in, China.

Netflix restricts access to its content based on the licensing deals it has in each country. In order to enforce these deals, it automatically redirects visitors to a local version of its website, the location of which is determined by your unique internet address (IP address).

So, while the Chinese government has no interest in blocking Netflix.com, Netflix itself will refuse to play content if you access it from a Chinese IP address. Yet despite this, lots of people in China watch Netflix each month! So how do they do this?

Is there a way to access Netflix in China?

Yes, you can access Netflix in China using a VPN. Doing so is easy if you can overcome two key obstacles:

Despite these obstacles, there are a few VPN services that work in China and will unblock Netflix.

Our recommended VPN to stream Netflix in China

We recommend using NordVPN if you are looking to watch Netflix in China. For a great price you get a robust VPN that is well versed in both unblocking Netflix and getting around the GFW.

How to watch Netflix in China

Once you have a VPN, follow the three simple steps below.

In theory: VPN software connects your device to a server located somewhere else in the world. This changes your IP address, which is used by Netflix to determine which shows to serve you. So, if you want the American Netflix catalog, simple connect to a US server.

In practice: China tries hard to block VPNs through the GFW, and Netflix will block VPN users if it "catches” them. This is why the most important step when you want to watch Netflix in China is picking the right VPN for the job.

Will I get banned from Netflix for using a VPN?

No. If Netflix detects that you are using a VPN it simply blocks you from watching its content while you are using that VPN server’s IP address. Getting "caught” has no further consequences, and will not get you "banned” from Netflix. Trust us - we test VPNs against Netflix all the time!

To summarize, the most important VPN considerations when using netflix in China are: