If you love gaming and streaming on your PlayStation 4, you will freak out when you get a Playstation VPN. With a Virtual Private Network, your PS4 can tap into massive amounts of restricted content like the US Netflix catalog. In this guide, we show you how to set up a VPN on PS4 and list the five best PS4 VPNs.

With a VPN for PlayStation 4, you can play more games and access titles before they're officially released in your country. However, gaming VPN services must have certain features in order to be effective, some of these are as follows:

Take a look at the table to see what our experts rated as the best VPN for PlayStation. For more information about the VPN services in our list scroll below for a summary of each VPN service, or click the links to the provider's website.

Total time required: ~20 minutes (you will need admin access to your home router)

Thinking about going with ExpressVPN for your PS4 system? Read up on the ExpressVPN PS4 VPN setup guide to ensure you don't run into any problems when setting up the service.

Total time required: ~10 minutes (you will need an ethernet cable)

Check out the summaries below for an in-depth look at the best VPN for PlayStation in 2020. If you need more information about any of the services in this list, then check out our detailed VPN reviews.

What is a Playstation VPN?

A Virtual Private Network is a service that permits people to pretend to be in a different country. Using a VPN in conjunction with a PlayStation lets anybody, anywhere unblock geo-restricted streams. Many TV station streams and online service must be blocked in certain regions due to copyright restrictions. Even services that can be purchased in your country - like Netflix, Hulu, or Amazon Prime TV - have vastly reduced catalogs in most countries. A PlayStation VPN lets you access all that content.

By pretending to be in a different country using a Playstation VPN, users can also access more titles and also purchase game titles before they are officially released in their own country.

The great thing about PS3 and PS4 systems is that it has inbuilt media player functionality. It also lets you install and use apps and services such as Netflix. It is for this reason, that a VPN is such a windfall. Not only can you access more apps for your Sony PlayStation, but you can also access more content on the apps you already have.

As you can see from the app list above, with a VPN you can access services such as PlayStation Now and HBO Go (which are both US only). Even free services such as YouTube and Vevo will massively improve thanks to a VPN. You will need a fast VPN service to unblock Youtube, Vevo, and other streaming services as a VPN can slow down your internet connection. This is because you will never have to worry about being served a "This video is not available in your country" notice. No matter which apps you like to use, a VPN will let you access more content than ever before. It is important to note if you're looking for a VPN for Netflix, Hulu, Spotify, etc. that all the services in our list unblock the service above. You may have trouble unblocking these services with other VPNs though.

UK Netflix subscribers can only access 40% of the full catalog

Most countries get a tiny Netflix library compared to the US. With a Playstation VPN, you can connect to a server in the US to watch 100% of Netflix titles from anywhere in the world. For some people that can mean an 85 percent increase in the number of movies and TV shows that are available!

Amazon Prime Instant Video is another service that cannot show everything, everywhere. Due to licensing restrictions placed on it by copyright holders, it has to be strict about what can be viewed in each country. With a VPN for PlayStation, you can pretend to be in a different country to access large amounts of extra content on Amazon. See our Amazon prime guide for information about using a VPN with prime and to find out what the best VPN for amazon prime is.

Many people around the world love Spotify. Sadly, however, Spotify is only available in 59 countries. That means that millions of people are unable to access the popular music streaming service. What's more, for licensing restriction some music is not available in those 59 countries. In addition, some places cannot access Apple Music.

With a VPN for PS4, you can pretend to be in the US to access the entire Spotify catalog (including Apple music) to listen to vast amounts of music on your PlayStation.

When new games are released, sometimes certain countries get them first. This can be frustrating, especially if it is a game you are desperate to play. A great example is Japanese and Korean RPGs, which are released months later around the world.

The good news is that by using a VPN, you can pretend to be in any other country to get early access to games. That way you can play any game first - just like the lucky gamers living there!

In addition, some PS4 games are banned entirely in some places. Did you know Battlefield 4 is banned in China? How about Vietnam outlawing Mega Man 5 for having an "offensive game boss?"

Sadly, these types of bans are common. However, with a  VPN you can overcome regional restrictions and enjoy the full PlayStation game library. Simply connect to a VPN server where the game isn't banned, and you can start playing right away! For more information about unblocking content in China, take a look at our best VPNs for China guide.

Using a VPN router with PlayStation

Unfortunately, it is not possible to install a VPN directly onto a PlayStation. However, this doesn't stop thousands upon thousands of Ps4 owners from enjoying the advantages of a VPN. By installing a VPN on a DD-WRT router, all the devices in your home - including your PlayStation - are automatically serviced by the VPN. The router connects to the VPN server in the country of your choice, which means that your Playstation automatically appears to be in that country.

It is also protected with VPN encryption, which means that your data is completely private. This is awesome because it means your ISP has no idea that you are accessing restricted content on your PS4.

Protect your PS4 from hackers with a VPN

The encryption that a VPN provides doesn't just stop ISPs from tracking what you do online, it also conceals your real IP address (digital location). This stops hackers and cybercriminals from hacking your PS4 and the PlayStation Network account you have on it.

Sadly, there have been a growing amount of cases involving PS4 users being hacked. A case in 2016 even cost a PS4 user several hundred dollars. If you don't want to lose money a VPN is the perfect solution.

A VPN can stop malevolent gamers from launching DDoS attacks at you - to ruin your chances of winning a game. 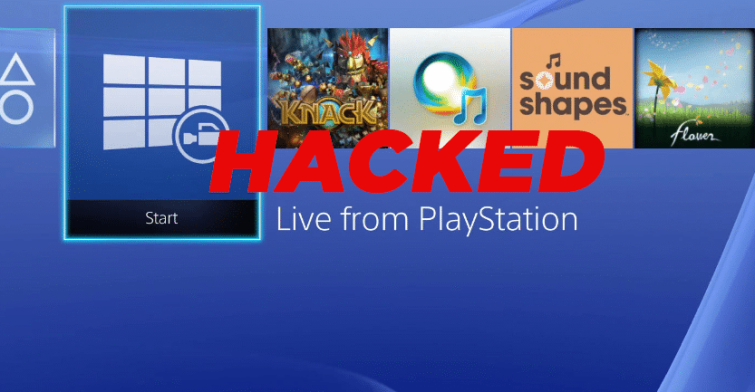 Reduce lagging on your PS4 with a VPN

Another advantage of using a Playstation VPN can be reduced lagging. When you connect to a server to play online gaming - distance can cause bad "ping" rates. This can result, for example, in the effect where you shoot someone first (for example) but despite this their bullet kills you first. This phenomenon is extremely infuriating, and a VPN can help in some circumstances.

By connecting to a server close to where the gaming server is, or located between you and the server you can reduce ping rates or even rout your internet in a slightly faster way. Please be aware that this won't always work for everyone, everywhere. So if you do suffer from lagging we recommend using a VPN trial (or money-back guarantee) to see if it helps you. If it doesn't work out, you can always cancel and get your full refund.

In this article, we have described everything you need to know about getting a VPN for PlayStation 4. To use a VPN with a Playstation you will need a lightning-fast VPN, so please be sure to stick to one of our recommended VPNs if you don't want to be seriously disappointed by an unsuitable service.

Finally, although you don't necessarily need a VPN to enjoy your PS4 system, there can be no doubt that using one will massively enhance your PS4 experience. This is especially true if you live in a country where particular games or streaming services are unavailable.

What's more, because the fast VPNs for PlayStation we recommend in this article all have trial periods and money-back guarantees - you can see what all the fuss is about by testing the VPNs yourself without risking any of your cash. Simply subscribe to one of the VPNs (or test out a few) and ask for your money back. You can always decide on your favorite VPN later on!