These are the best antivirus to use on Windows 10

The internet is a haven for exploits that could cause your computer to become dangerously infected. Malware, viruses, trojans, adware, spyware, and ransomware are all part of an ever-growing ecosystem of threats. If you are victimized, your compromised PC could lead to data theft, account theft, identity theft, and financial losses.

While Windows already has great built-in antivirus protection in the form of Windows Defender, a standalone antivirus is essential if you want to actively protect your computer against all kinds of exploits.

In this article, our experts have pinpointed the very best antivirus apps for Windows. The good news is that protecting your PC from online threats doesn't need to break the bank.

The best paid Antivirus for PC

Although there are some mediocre free antivirus apps for Windows that you can use, those applications will not protect against real time incoming threats. For comprehensive real time protection that scans and quarantines exploits as they are downloaded, you will need to pay for an antivirus. The options below are at the top of their game and provide the highest levels of security at the fairest price. 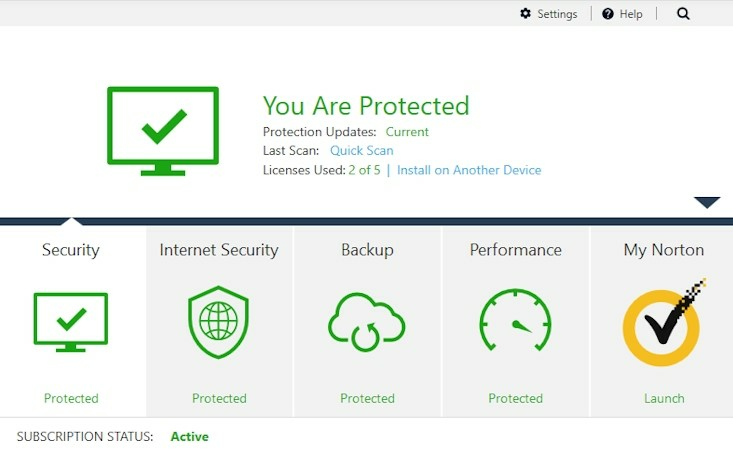 Norton is an antivirus for Windows that provides effective protection against both real time threats and newly discovered exploits. Tests performed in December 2019 revealed that Norton was able to protect against 100% of zero-day malware attacks, including web and email threats. It was also able to spot 100% of the 20,428 malware samples used to test it, including new threats that were less than 4 weeks old. These are highly impressive results.

For $19.99 Windows users get anti-spyware, antivirus, malware and ransomware protection. It also provides a password manager, a smart firewall (that monitors outgoing traffic in addition to incoming traffic to detect communication with a CnC server), 2GB of cloud storage, and online threat protection that promises to protect your private and financial information online.

Overall, Norton offers an excellent level of protection at a reasonable cost. In addition, Norton performs around 10% better than the industry average when it comes to page loading times and download speeds. Finally, Norton was found to give zero false positives, which means it won’t cause confusion. 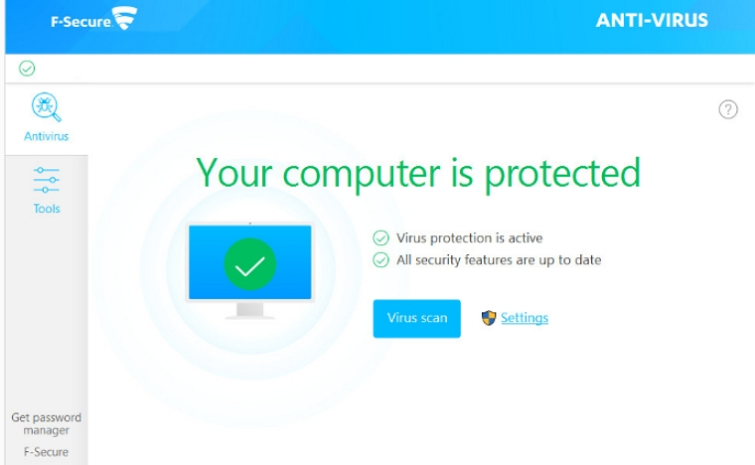 F-Secure is an outstanding antivirus program that is ideally suited to all Windows users. Offering real time protection against threats, its extremely competitive one-year plan protects up to 3 devices for $34.99 - something we find both affordable and reliable.

With F-Secure you get protection against viruses, worms, spyware, malware, trojans, and ransomware. And, in the most recent round of tests performed by the highly-trusted organization AVTest.org, F-Secure was found to be able to deal with 100% the exploits it was tested with (around 21,000 in total - including a large sample of exploits discovered in the 4 weeks previous to the tests).

Besides performing better than the majority of well-known antivirus applications, F-Secure scored a maximum 6/6 for both Usability and Performance. The software barely impacted performance on both a standard and high-end Windows PC, meaning that you can use it without concerns it will slow down your internet, or cause you CPU to come to a grinding halt. In addition, the software made no false positives, which is great for non-techy people who don't want to have to worry about confusing results.

Alongside being a mind-blowingly good antivirus, F-Secure Safe also provides parental controls, safe browsing protection and safe banking features. Few antivirus suites for Windows can claim to score a maximum score across every category they were tested in - but F-Secure is one of them. 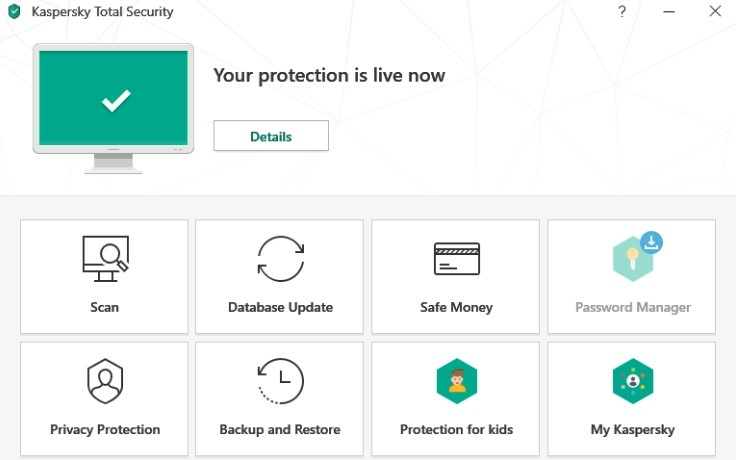 Kaspersky Total Security is an extremely reliable antivirus that provides protection for up to three devices with just one subscription. This makes Kaspersky excellent value for money if you need to protect more than one computer. Tests performed in December 2019 revealed that Kaspersky successfully identified and quarantined all exploits it was introduced to. This includes real time protection, web-based threats, and threats from emails.

The only thing to bear in mind, is that you will need to pay $39.99 if you want extra features such as mobile security, webcam hijacking protection, and encrypted browser protection to protect your financial information. However, remember that this is not a lot to pay if you do require protection on more than one device (including mobile devices). 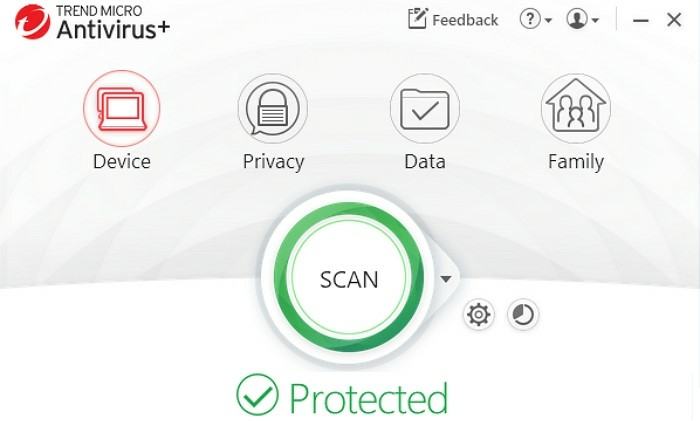 Trend Micro is an efficient security tool for Windows that implements a high level of protection against malware and viruses. For $29.95 per year users get real time antivirus protection that protects them against all existing threats.

In tests performed in December by trustworthy independent auditor AVTest.org, Trend Micro was found to protect against 100% of the exploits it was tested against. This includes real time protection against newly emerging threats and protection against zero-day malware attacks, web-based attacks, and email threats.

In addition to protecting against malware, spyware and ransomware, Trend Micro provides safe browsing that blocks malicious domains. It also provides protection against phishing emails (and spam filtering on Outlook). The software is highly intuitive and scores extremely well for efficiency, with only minimal impact on page load times and no appreciable affect on download speeds or PC performance. In addition, it is highly efficient and does not result in false positives.

Admittedly, Trend Micro isn't quite as good as our favorite antivirus for Windows. Norton was found to be slightly better when it comes to performance levels, though neither cause noticeable down sides, so the option is yours.

This largely depends on what you require from your security software. Windows Defender is an exceptional antivirus program that is extremely good at dealing with all known types of exploits. It is so good that it is questionable whether you need another antivirus to go along with it. The reality is that if you are short on cash, Windows Defender will do an excellent job of protecting your PC.

So, why splash out on a third party antivirus? The answer is that Windows Defender is very specific in what it does, and it does not provide any extra features such as phishing email protection, safe online browsing to block malicious domains, or protection against Potentially Unwanted Programs (PUPs) and ransomware.

As a result, most security experts agree that it is a good idea to double down on Windows Defender with a program that offers real time malware protection against these other kinds of potential vulnerabilities. That way you will not end up downloading any potentially harmful PUPs that Windows Defender is not designed to deal with.

The Best Antivirus Software (2020) for Windows, Mac, Android, and iPhone

The Best VPNs for Windows and PC in 2020

With that said, it is true that people who often visit risky websites, or who regularly download a lot of content or software via BitTorrent, definitely require stronger protection. This is because they are much more likely to encounter drive-by downloads, malevolent popups, and other exploits concealed in the websites they visit and the files they download.

Thus, if you are a power user who tends to visit these kinds of sites (that includes streaming sites, like Popcorn Time, that offer pirated content, pornography websites, repositories with free apps, free books, free games, and other websites that serve unhealthy an number of popups), then it is an extremely good idea to double down on Windows Defender with a strong third party antivirus.