pfSense is an open source router and firewall solution that’s developed a large user base thanks to its utility in homes and workplaces. Once it’s installed on a device, pfSense is used to create and customize a secure firewall and router.

Where pfSense really shines is in its scalability, and it’s not a problem if you want to incorporate add-ons or additional subnets. What’s more, it's frequently updated. pfSense is a powerful security tool in its own right, but it’s worthwhile to know how to use one alongside a VPN. In this guide, we show you how to set up a VPN for pfSense and also give a list of the best VPNs to use.

What are the best VPNs for pfSense?

We have listed the best VPNs for pfSense below.

To ensure that you get the most out of your VPN, all the services we recommend in this article have the following features:

We take a closer look at the best VPNs for pfSense below.

ExpressVPN is a leader in the field, with lightning fast servers in more than 94 countries worldwide. These servers don’t ever write to the hard drive, meaning your data is secure from third parties, and you’ll be able to enjoy unlimited bandwidth and freedom from ISP throttling when you connect to one.

A no logs policy keeps your activity history private, and industry standard AES-256 encryption makes sure your browsing sessions and personal data remain secure, too. ExpressVPN is compatible with most devices and platforms and can be installed on routers if you want all WiFi enabled devices in your home to benefit from its security tools. Otherwise, you’re allowed 5 simultaneous connections.

Known in particular for its unblocking power, ExpressVPN has no trouble accessing Netflix, BBC iPlayer, Prime Video, Disney+, and many more, and you’ll also be able to check out a network kill switch, split tunneling feature and pfSense tutorial. A 30-day money-back guarantee allows you to take ExpressVPN for a test drive before subscribing, and a customer support team is available 24/7 via live chat and email if you need help at any point. 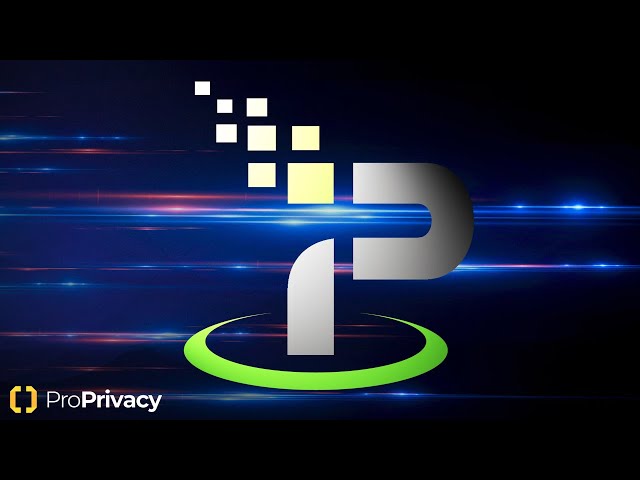 IPVanish manages the entirety of its server network - meaning all 1,400+ servers across more than 75 countries across the world. And they’re quick, too! Unlimited bandwidth eliminates lag and buffering, and with IPVanish, you can easily catch up with Netflix wherever you are.

A zero logs policy keeps your device and pfSense router secure, and IPVanish utilizes 256-bit AES encryption for maximum security. OpenVPN is just one of the protocols available, too.

With IPVanish, you can enjoy up to ten simultaneous connections, and the service is available for most devices; Windows, Mac, Android, iOS, and even routers. There’s also a SugarSync Cloud storage feature that’ll keep your files as secure as your browsing activity. IPVanish is ideal for torrenters, with P2P support, and a kill switch is an equally handy feature.

You can try all of IPVanish’s functionalities for free with a 30-day money-back guarantee, and 24/7 customer support is available via live chat if you get stuck. 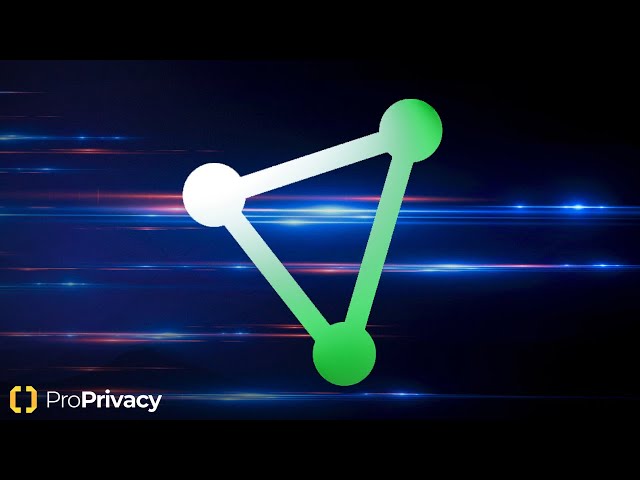 ProtonVPN’s 10gbit servers pack a punch with unlimited broadband and locations in over 50 countries. Regardless of which one you connect to, ProtonVPN is committed to a zero-logs policy that even extends to its free service.

And the VPN’s encryption is equally as impressive, using only ciphers with Perfect Forward Secrecy and ditching the weaker PPTP protocol in favor of IKEv2/IPsec and OpenVPN. Your DNS queries are also secured. A built-in kill switch provides that extra bit of peace and mind for you and your pfSense connection.

As well as strengthening your pfSense router, ProtonVPN is compatible with most operating systems, as well as routers, and can be installed on up to 10 devices at any one time. If streaming’s your thing, ProtonVPN has a number of guides available. You’ll also have access to Netflix, Disney+, Prime Video and BBC iPlayer.

Support is available via email or through an FAQ, and a 30-day money-back guarantee means there’s no reason not to try ProtonVPN out for yourself.

All of VyprVPN’s servers are owned privately by the service and have undergone upgrades, meaning they’re quicker than ever and even better for streaming. There are servers in over 70 countries across the globe, granting you access to a ton of international content that you can try out for yourself with a 30-day money-back guarantee.

VyprVPN has a full roster of privacy enhancing features; from secure DNS, a NAT firewall and a selection of protocols, you can rest assured your sessions and identifiable information will be kept secure. VyprVPN’s Chameleon protocol is particularly useful for bypassing restrictive firewalls, and VyprVPN Cloud adds an extra layer of security to your Cloud servers. In addition, VyprVPN has had its no-logs claim audited. 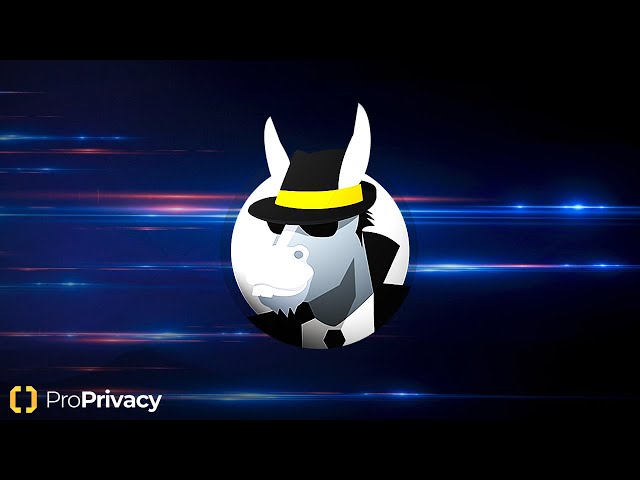 HMA has more than 1,000 servers in over 190 countries, and if that’s a little overwhelming, then don’t worry - there’s a Lightning Connect feature that’ll automatically find the fastest one for you. Currently, HMA is rolling out new 20gbps servers as part of its massive V5 update.

This update also saw HMA become a fully fledged no-logs VPN provider as of April 2020. Besides keeping your activity logs secure, HMA’s servers are strengthened against DDoS attacks and DNS leak, use full-disk encryption and the military-grade 256-bit AES encryption. Windows, Mac, iOS, Android and Linux devices are all compatible with HMA, and 5 simultaneous connections are permitted.

HMA has a highly commended customer service team that’s available 24/7 through live chat, and a 30-day money-back guarantee as standard.

How to set up your pfSense VPN

It might seem tricky at first, but our step-by-step guide will take you through the process of installing a VPN alongside your pfSense router. All you must do is install the pfSense software and get it configured for basic routing. If you’ve already done that, then great! Next, be sure to:

What are the benefits of using pfSense?

pfSense lets you build your very own customized router; it’s scalable, flexible and works in tandem with a VPN to create a secure network for your devices to connect to.

Whilst pfSense is known best as a firewall and router, it comes loaded with a bunch of additional features; remote connectivity, network routing, diagnostics and reporting. Cloud security add-ons also exist for an extra layer of security. It’s possible to create your very own plugins and add-ons, too, as well as subnets.

What makes pfSense useful to so many people is its versatility. It’s just as practical for a professional working from home as it is for a multi-level company with an international infrastructure. pfSense also grows as you do, and can run it on older devices with limited resources as well as larger servers.

And it’s free! pfSense is an open source project that you can download directly from its website. Frequent updates keep hacking attempts at bay, and its easy-to-use interface will get you up and running quickly once installation has completed.

Why use a VPN with pfSense?

If you’re using pfSense, it’s probably because you’re invested in keeping your data as secure as possible - and rightly so! By using a VPN alongside your pfSense router, you further enhance your online privacy.

Unfortunately, routers remain a huge target for hackers. This is where a VPN is invaluable. Besides protecting the devices connected to the router network, a VPN encrypts all data passing to and from the router. So, if a hacker manages to intercept your data and tries to read it, they wouldn’t be able to - it’ll be encrypted and unreadable.

A VPN for psSense keeps you safe and secure, with DNS Leak and DDoS protection

VPNs are the star of the show when it comes to security measures, and these are what will really strengthen your pfSense setup. Most VPNs pack sturdy encryption and protocols that you can customize, as well as DNS Leak and DDoS protection, and anti-malware features. What’s more, VPNs stop third-parties from being able to monitor your online activity. Whether it's by hackers, nosey websites, your ISP or government agencies, your online sessions won’t be tracked.

If you’d rather decide for yourself which traffic connects via the VPN, you can do so with a split tunneling feature.

Finally, VPNs are well known for their ability to access geo-restricted sites - particularly streaming sites like Netflix, where the available content varies from country to country. This is done by assigning you a new IP address. When you connect to a VPN server in a different country, the sites you visit will assume that you’re physically located in the same place, giving you access to websites and platforms that might otherwise have been unavailable for licensing reasons or censored by your government.

What to look for in a VPN for pfSense

Using a VPN whenever you're connected to the internet is a good idea if you're serious about your online privacy. However, there are several specific features to keep an eye out for if you're on the hunt for one that’ll go hand-in-hand with your pfSense setup. We’ve compiled a list of the most important features below:

Can I use a free VPN with pfSense?

We doubt it, and wouldn’t recommend it even if you could. Free services tend not to provide support for complex router setups, and their small, congested server networks typically mean you’ll encounter a lot of sluggish speeds.

More worryingly, free services fall short when it comes to viable security measures, with weak or outright absent encryption, and there’s very little capability to bypass geo-restricted sites. Worse still, free VPNs might not charge you a subscription fee, but they’ll pay their bills by logging your data to sell to third-parties.

There are free VPN services that we’d recommend that are secure, quick, and won't sell you out, but these are more suited to general browsing than pfSense routers. Trustworthy VPNs still have fewer servers than their premium counterparts and often impose bandwidth limits and data caps.

pfSense has been a strong security tool since 2004. Add a VPN into the mix, and you have a powerful security combo that gives you all the benefits of pfSense’s router flexibility and scaling potential with a VPN’s encryption and bypassing power. It’s a winning duo! Before you go, here's a reminder of the best VPNs for pfSense: