The Czech Republic does not impose censorship and has no mandatory ISP data retention laws. However, Czech ISPs must work with the NSA to help the US protect cyberspace, and must comply with government warrants if they are issued. This raises some concerns over surveillance and digital privacy.

Using a Virtual Private Network (VPN) in or outside the Czech Republic, will secure your data, while also giving you freedom online. A VPN also masks your IP address, replacing it with one located in a different country. This means you can get a Czech Republic IP or one elsewhere to unblock websites that are currently unavailable in your location.

In this guide, we will show you how to use a VPN and help you choose the right one for you.

The best VPNs for Czech Republic

Our recommended VPNs for the Czech Republic all offer the features you need to access content abroad. If you want more information about any of the services in the list below, check out our detailed VPN reviews.

ExpressVPN is a service based in the British Virgin Islands that is known to be highly reliable.

The VPN has apps for all platforms that come fully featured with everything you need to gain privacy and security online. The VPN is ideal for torrenting thanks to its kill switch, port forwarding, and split tunneling features. In terms of privacy, it is superb thanks to its no-logs policy and robust OpenVPN encryption. This stops your ISP from tracking you online and protects your privacy both at home and on public WiFi networks.

ExpressVPN has servers in the Czech Republic, and it can easily help you unblock international content such as Netflix US, BBC iPlayer, Hulu, and much more with its plethora of other servers. With ExpressVPN, you also get 24/7 live chat support to help you with any issues.

We love that you can install this VPN on five devices with just one subscription and that you can test it risk-free using its 30-day money-back guarantee.

Surfshark is a VPN provider that represents incredible value for money.

The service is available on all platforms and the apps provide strong privacy features such as OpenVPN encryption, a kill switch, DNS leak protection, obfuscation, and split tunneling. This VPN is suitable for torrenting thanks to its no-logs policy, and the VPN is fast meaning that it is good for streaming in HD, video conferencing on Skype and other VoIP apps, and gaming.

With Surfshark you get a respectable selection of servers that are able to unblock a large cross-section of Netflix catalogs - including Netflix US and Canada. This VPN also has superb live chat support, which is always able to answer tricky questions.

Consumers worldwide are flocking to this VPN because of its amazing standards and low costs. It's definitely worth trialing using its 30-day money-back guarantee.

CyberGhost is a VPN based in Romania that is known to provide excellent levels of privacy for your data.

The apps are suitable for beginners despite having a well-rounded feature set, which is helped by the fact that the provider offers excellent setup guides for installing and using the VPN on various platforms. A kill-switch makes this VPN good for torrenting securely, and thanks to its massive range of servers, users can bypass any restrictions at work or at school. Plus, this VPN will provide complete data privacy both at home and on public WiFi.

CyberGhost lets users install the VPN on up to 7 devices, making the service perfect for families or people with a lot of devices. You can even install and use it on a VPN-compatible router. We like CyberGhost because it can unblock Netflix US, and most other international content you can think of. Since it is fast, you will be able to easily unblock geo-restricted YouTube videos, sports competitions, TV channels, or whatever else you like without issue.

And, of course, to make this list it has to offer a server in the Czech Republic. It's a great VPN worth comparing to our other recommendations using its 45-day money-back guarantee.

Private Internet Access (PIA) is a US-based VPN that is known as Reddit users’ favorite VPN service (on the r/VPN subreddit). This is due to the firm’s longevity, and its commitment to providing strong privacy levels.

The apps are available for all popular platforms and the VPN has a kill switch, DNS leak protection, obfuscation, port forwarding, and split tunneling. This makes the VPN ideal for torrenting and doing other sensitive things online with complete security and privacy.

Admittedly, PIA has fewer servers than our other recommendations, however, these are located globally and are ideal for unblocking most of the content you will need. The service can unblock popular services like Netflix US and BBC iPlayer, and it has 17 servers located in the Czech Republic, which is ideal.

This VPN offers a lot of customizability which makes it one of the most advanced VPNs on the list and great for consumers who like to get in and alter many different settings. We love that this VPN has proven its no-logs policy in court on several occasions, meaning that this VPN is highly trustworthy. It's a great all-rounder that you can take for a test run using its 30-day money-back guarantee.

VyprVPN is a provider based in Switzerland that is a fantastic choice for anybody living in Switzerland. Its location puts it out of reach of invasive governments with mandatory data retention directives, and its no logs policy means it will never have any data held on file to hand over to the authorities, anyway.

We like this VPN’s apps, which are great on the eye but also packed with the features you need. A kill switch, DNS leak protection, obfuscation, and OpenVPN encryption are all available, and this VPN can easily be used to gain privacy both at home and on public WiFi networks. VyprVPN runs on a proprietary network of Tier1 servers, which allows it to provide great speeds. And this VPN permits torrenting right across its network.

This VPN has also been through an extensive third-party security audit, which concluded that both the apps and the infrastructure are working as advertised. This means you can trust that this VPN is giving you the privacy you need.

It's an excellent service that can unblock Netflix US, Hulu, and other sought-after services, and is well worth testing using its 30-day money-back guarantee.

Why are these the best VPNs for the Czech Republic

There are hundreds of VPNs on the market, and the variance between those services is great. Not every VPN is created equal, however, which means that some are much better value-for-money than others. For a VPN to be suitable for people living in Czech Republic, it must have a server located in the Czech Republic, so you can use it for gaining digital privacy even when you want to use local services and websites. You also need a VPN that is fast enough not to impact your online experience. Below is a list of the important VPN features our exports considered when searching for the 5 best VPNs for Czech:

How does a VPN work

A VPN is an online service that encrypts your internet traffic, stopping your ISP and local networks from being able to track what you do online. This gives you digital privacy at home and when you are in a coffee shop, a hotel, or elsewhere. With a VPN, for example, you can gain digital privacy using Wi-Fi in school or at work, and can access any websites that are blocked on the local network with a firewall. 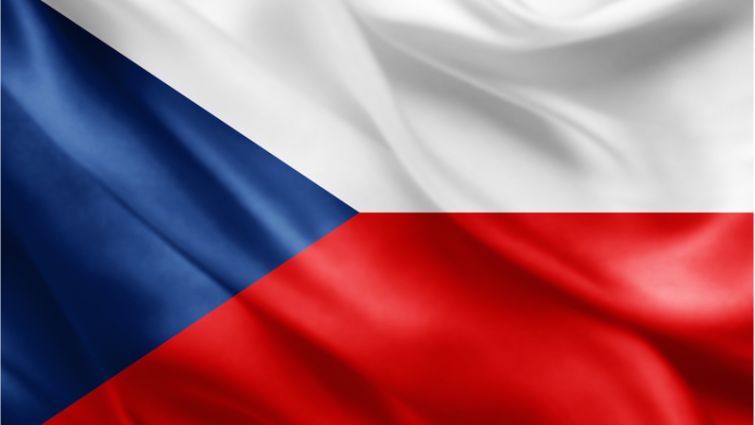 A VPN also allows you to pretend to be in a different country. When you connect to a VPN server, your real IP address is concealed and is replaced with an IP address in the location you prefer. VPNs provide a massive list of server locations, allowing you to easily pretend to be anywhere you like.

As mentioned, this allows you to access any content that is restricted on the local Wi-Fi network (some schools block YouTube, for example, and many workplaces block Facebook and other social media sites). In addition, by connecting to a server in a different country, you can access regional content and services that are usually unavailable.

The best thing about a VPN is that you can do anything online and access content that is restricted or blocked with absolute privacy – a combination that creates a much more interesting and exciting online experience!

If you would like to learn more, check out our what is a VPN guide.

If you are concerned about the surveillance that the Czech government or international US intelligence are believed to be performing in the Czech Republic, then you will need to use a VPN. Even if surveillance doesn't bother you (and it should), you may want to use a VPN for entertainment purposes. The good news is that setting up a VPN for Czech Republic is very easy:

What can I do with a VPN for Czech Republic?

A VPN for Czech Republic is widely considered the best way to ensure that ISPs and the government cannot track what Czech citizens are doing online. Although the Czech Republic is not considered particularly invasive, there are reasons for citizens to be wary when it comes to potential surveillance. A VPN removes those concerns by securely encrypting all your internet traffic.

A VPN can also allow you to pretend to be in a different country. This is useful for bypassing geo restrictions to access foreign content. With a VPN, you can get an IP address outside of the Czech Republic to:

Plus, having a VPN with a Czech server means that you can still connect to the VPN to gain complete privacy from your ISP, the government, and international intelligence agencies – even when you want to use websites and services based in the Czech Republic.

Dangers of Torrenting in the Czech Republic?

The Czech Republic is considered a location that does not aggressively investigate and enforce penalties for piracy. In the Czech Republic, it is believed that around 30% of citizens regularly download music, TV shows, and music for free. Most of those do so without repercussions.

However, it is important to remember that, as with most of the world, it is illegal to reproduce and share pirated content with others in the Czech Republic. Anybody prosecuted for illegal piracy could face a fine of ZK 150,000 in the country. Repeat or serious offenders can also be sentenced to six months in prison.

Stream CT24 and ČT Sport for free outside Czech Republic

If you are living outside of the Czech Republic, but you want to enjoy TV from back home, you can do it with a VPN with Czech servers. All the VPNs in this guide were specifically selected because they provide access to IP addresses in the Czech Republic, and, as a result, you can easily stream local Czech TV channels.

As soon as you use the VPN software to connect to a Czech server, you appear to be living in the Czech Republic and you can stream ČT Sport, ČT24, ČT1, ČT2, ČT4 or any other Czech TV channels that are geo-restricted. So go ahead and get a VPN for Česká Televize, it is well worth it!