Are you a fan of Lost Ark living in the Netherlands or Belgium? Unfortunately, the MMORPG isn't currently available in these locations (thanks to their anti-gambling laws) – but you'll still be able to play it with a VPN! Simply connect to a VPN server elsewhere in the world to play Lost Ark with friends. However, it's important to note that not every VPN service will be able to unblock the game. You'll need a VPN with servers close to your original location, lightning-fast speeds, and an inexpensive subscription.

So, we've rounded up five of the best VPNs out there that are a perfect match for Lost Ark, can run through some tips on how you can access the game on your PC no matter where you are.

The services in the list below can be counted on to unblock Lost Ark – no matter where you are in the world! Each of our hand-picked VPNs are quick, have servers across Europe, and fantastic apps for all platforms. If you'd like to learn more about any of the hand-picked VPNs in this guide, hop over to their websites or take a look at our in-depth reviews.

Ready to unblock Lost Ark? We recommend checking out any of the providers below for a smooth, speedy, and super-secure experience.

If you're looking for quality and reliability, then ExpressVPN might just be your perfect match. The VPN consistently sets the bar when it comes to safeguarding user security and unblocking geo-restricted content, and that's exactly why it's nabbed the top spot in this shortlist!

The last thing any gamer wants to battle with is lag. Fortunately, ExpressVPN lives up to its name with blazing-fast servers in 94 countries worldwide. Connecting to any of these servers is a breeze, thanks to a handy list, and you'll even be able to beat ISP bandwidth throttling! All in all, this means that your gaming sessions will remain smooth and uninterrupted – letting you concentrate on the game.

When it comes to security, ExpressVPN is hard to beat. Strong OpenVPN encryption prevents hackers and snoopers from monitoring your browsing sessions, and an audited zero-logs policy means that there are no records of your activities kept anywhere, at anytime. Users also get access to key VPN features, like an automatic kill-switch (that cuts your internet connection to prevent leaks during a VPN dropout) and split tunneling (which allows you to decide which apps are routed through the VPN and which aren't).

ExpressVPN is, however, one of the pricier providers out there. I think it's well worth paying a few extra pennies if you're serious about your security – and ExpressVPN is jam-packed with features, has sleek apps for all platforms, and superb 24/7 customer support. You're getting a stellar service in return for that price tag! And, if you'd rather try before you buy, you can do so with ExpressVPN's 30-day money-back guarantee.

NordVPN has long been one of the leading VPNs in the industry, often challenging ExpressVPN for the top spot on comparison lists. With super-fast servers in South Korea and a proprietary encryption based on WireGuard (NordLynx), you can get seamless gameplay, free from the threat of hackers, spying internet providers, and invasive government censorship.

The wealth of features offered by Nord means you can do more than just game with the service. In fact, Nord is one of the few VPN services that let you run TOR over VPN, letting you access the dark web with increased security. You can even use the service to unblock geo-restricted content from services like Netflix, and Amazon Prime Video – letting you stream your favorite content without having to pay more. Take one of the world's best VPNs for a spin thanks to its 30-day money-back guarantee, and we're sure you'll love it as much as we do. 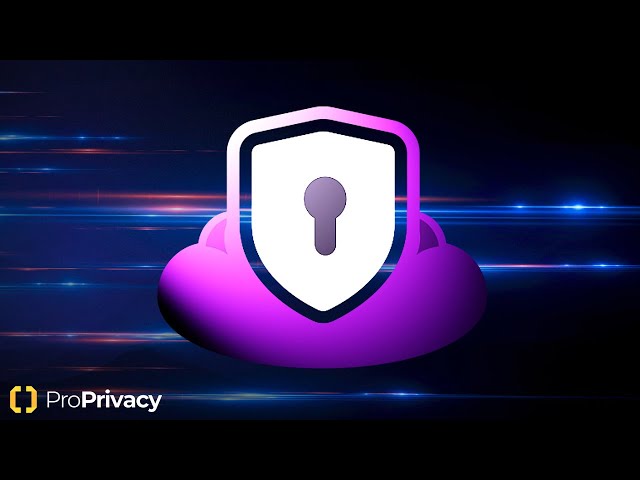 PrivateVPN is a premium VPN service that doesn't break the bank. Its fast servers in South Korea, coupled with the total control offered with the depth of control, mean you can get maximum security without sacrificing quality. Clicking on "advanced view" lets you take advantage of protocol options, specific server selection, and you can even set up your kill-switch, so your internet will cut out if your VPN connection should break for any reason.

PrivateVPN recently integrated a Smart DNS function into its VPN service, meaning that all servers should work with your favorite streaming services, like Netflix, Hulu, and BBC iPlayer. You can even give the VPN a test drive thanks to its 30-day money-back guarantee – so you can compare it to the other providers on this list all without risking your cash.

Surfshark has only been around a few short years, but in that time it has quickly risen to be one of the world’s favorite VPNs. The service has lightning fast servers in over 65 countries globally, and it has a number of servers in France that makes it perfect for playing Lost Ark.

In addition to unblocking Lost Ark, Surfshark can give you access to a massive array of international Netflix catalogs (including Netflix US and Canada). It will also unblock hulu, BBC iPlayer, and many other international services. We also love that Surfshark lets all subscribers use the VPN on an unlimited number of devices. This makes it great for families or for people who have a large number of devices. This makes Surfshark a truly outstanding unblocking solution.

Where privacy is concerned, this VPN is watertight thanks to its no logs policy and military grade OpenVPN encryption. And, because this VPN has a kill switch and obfuscation, it is suitable for torrenting and other sensitive tasks.

Overall, it's an amazingly cheap VPN, that you can try risk-free for 30-days thanks to its money-back guarantee.

VyprVPN is a provider based in Switzerland that implements a full no logs policy. It is a service that has received a full third party audit that confirms the efficacy of its infrastructure and apps. This means you trust it to provide digital privacy no matter where you use it.

The VPN has servers in over 64 countries , including France. This makes it perfect for unblocking and playing Lost Ark. Admittedly, this VPN isn't as fast as the VPNs recommended above. However, we found that it could cope with playing Lost Ark without issues on our 50 Mbps Virgin internet. Plus, this VPN can unblock Netflix US and other sought after services.

We find this VPN extremely easy to use, and love its advanced VPN features, which include a kill switch and obfuscation to ensure that you can torrent securely.

It's a superb all rounder that you can compare to our other recommendations yourself thanks to its 30-day money-back guarantee.

Why do I need to use a VPN for gaming?

Best VPNs for PC Gaming – Should you use one?

How does a VPN unblock Lost Ark?

A VPN is an online service that is primarily designed to give people privacy. A VPN works by encrypting your data and concealing your location from the websites you visit. It's this encryption that also prevents your ISP from keeping tabs on your online activity.

The great thing about being able to conceal your real IP address from the websites you visit is that you can also pretend to be in a different country. By connecting to a VPN server in France, for example, you actually appear to live there. As a result, you can download and play Lost Ark on your PC wherever you are.

Set up a VPN for Lost Ark

You'll find all of our handy links and guides for setting up either the Dutch/Belgian or South Korean version of the game below. If you're ready, follow along with these simple steps to get a VPN up to the task of unblocking Lost Ark:

Follow the steps below to play Lost Ark from anywhere in the world, even if you're currently located in the Netherlands or Belgium:

Now all that's left to do is boot up the game and have fun! Just remember to connect to a VPN server in France before you do, however.

If you have a South Korean mobile number, you can sign up for Lost Ark by following these steps:

What VPN features do you need to access Lost Ark?

It's currently only possible to play Lost Ark by using a Russian IP address. This is pretty restricting, seeing as there are very few VPNs that have reliable servers in Russia.

First and foremost, you're going to need a VPN with a good selection of servers in countries outside of the Netherlands and Belgium. Your VPN will also need to be fast – a sluggish service will make it virtually impossible to enjoy Lost Ark. So, stick to VPNs that offer high-quality Tier 1 servers designed to handle a lot of throughput.

The recommendations in this article are some of the fastest VPNs on the market, which means that you can play Lost Ark with the best possible speeds available to you.

Will using a VPN for Lost Ark slow down my internet connection?

When you connect to a VPN server, your data is encrypted and travels through the VPN tunnel before reaching its final destination – which, in this case, would be Lost Ark's servers. Ultimately, your data has to travel further, and the extra processes will likely slow your internet connection slightly, even if you opt for one of the fastest VPNs around.

And whilst there are plenty of VPNs on the market, they're not all made equally. Most VPNs cut corners to save money by renting cheaper servers. It might sound like a good idea, but these servers tend to be pretty low-quality and have an even more gratuitous impact on your speeds. Some VPNs have been known to slow internet speeds by up to 90% – and that's a complete disaster (and a complete waste of your time).

If your internet can't handle Lost Ark, our recommended VPNs all have money-back guarantees

The VPNs we've recommended will only marginally affect your internet speeds. However, if your connection already felt slow, then that marginal decrease may be more noticeable.

To play a game like Lost Ark, you're going to need internet speeds in excess of 3 Mbps – even with an active VPN connection. So, it's important to realistically consider your internet speeds both with and without a VPN to get an idea of whether Lost Ark will run smoothly on your device whilst it's connected to a VPN server in France, Germany, or elsewhere.

The good news is that all the VPNs in this guide have money-back guarantee trial periods. That means you can test each VPN to see how it performs, and experience Lost Ark for yourself, without actually having to risk your money.

Shopping for a VPN isn't always a straightforward process – especially if you're a keen Lost Ark player who doesn't want to sacrifice speed or increase ping. Fortunately, there are plenty of VPNs out there that can keep up with online gaming (as well as VoIP calls and HD streaming), so you can spend less time deciding and more time in Lost Ark.

And, if you need one last reminder of our top VPN picks for Lost Ark, check out the table below:

The best VPN for Lost Ark. It has super-fast servers that reliably unblock the game and a 30-day money-back guarantee.

The best value VPN for Lost Ark with subscription prices that won't break the bank – and servers right where you need them.

The best user-friendly Lost Ark VPN. Apps for all platforms and speedy servers, as well as robust OpenVPN encryption.

The best multi-device VPN for Lost Ark. Boasts unlimited simultaneous connections and easy-to-use apps for all of your devices.

The best spoofing VPN for Lost Ark. With stealth technology, access to gaming markets, and servers dotted across the globe.