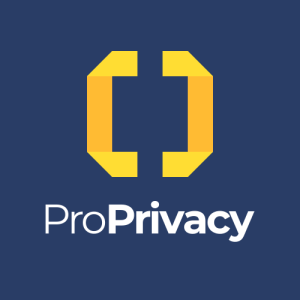 It is difficult to know from one day to the next when the next move by the EU or the Swedish government will come into play. The government introduces data retention laws, and the courts throw them out.

The simplest way to protect yourself from the shifting sands of data retention legislation in Sweden is to block your ISP from identifying your activity. You can use a VPN (Virtual Private Network) to protect your internet privacy in Sweden.

Also, if you need to unblock content, you need a VPN in Sweden. One that is fast, has good software, and excellent customer service.

We’ve reviewed 150 different VPN companies over five years, and here are the five best we’ve picked, based on this. Here they are.

Copyright infringement is one of the most significant areas of illegal activity on the internet in Sweden. Thanks to the high profile of The Pirate Bay, Sweden has a reputation as a hub for torrenting. The Swedish government doesn’t like that. If you are looking for a VPN specifically for torrenting, take a look at our best VPN for torrent sites guide. 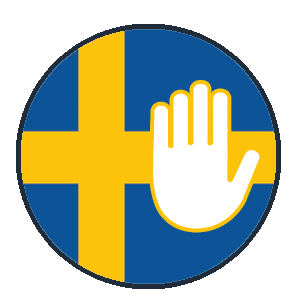 Court rulings have strongly reinforced Sweden's implementation of the EU Intellectual Property Rights Enforcement Directive (IPRED) since 2012. This forces ISPs to collect and hand over details of their customers’ peer-to-peer (P2P) activities. The ECJ ruling against the country’s data retention laws does not impact the IPRED laws. Thus, ISPs are obliged to monitor your activities and block file sharing. They are also obliged to cooperate with the police, should they choose to investigate your file sharing.

Here at ProPrivacy.com, we'd recommend staying away from free VPNs. They tend to be unreliable, and most of them have a shady past. Furthermore, they are restricted in one way or another. If you are sure that you'd want to use a free, then check out our list. However, bear in mind, that they won't necessarily have a server in Sweden.

All of your internet traffic passes through your ISP’s servers. As such, it’s easy for your ISP to see what you are doing. It can also divert your traffic, block or log it, or even notify the authorities. A program processes each piece of data that passes through the ISP computer. Small changes in the data processing software can create monitoring opportunities. The ISP uses keywords in its monitoring programs to fish out specific data from your connections. 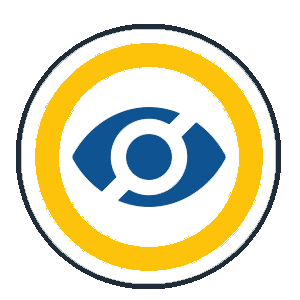 Every piece of information that traverses the internet has a header at the front. The header and payload structure form the “packet.” The header contains the packet’s source and destination addresses. This information instantly gives the ISP control over what happens to the packet. More sophisticated programs can look inside packets to read their contents. This inspection doesn’t slow down the packet’s journey and is almost undetectable.

You don’t only have to worry about data retention laws. A court order can force an ISP to hand over all the information they have on you, including your address. Police or the secret service can request that an ISP monitor your traffic to collect data. Court orders can also prevent ISPs from telling the targets of investigations what information they have handed over. Thus, the police can gather data to make a case against you without you knowing.

ISPs also have their agendas. File sharing annoys ISPs because it uses up bandwidth. The advent of Spotify, Netflix, and HBO Nordic means that most Swedes can now get all of the entertainment they want legally. However, streaming music and video uses as much bandwidth as torrenting. The cost of providing bandwidth for these applications squeezes ISPs’ profit margins.

When you subscribe to an internet service, you sign up for stated speeds for an advertised price. The ISP has to stick to that level of service. Otherwise, it could be sued or shut down for fraud.

Although ISPs have to treat all those who’ve signed up to the same plan equally, there do have some elbow room that enables them to cut costs. They don’t have to deliver the headline speeds all the time, nor make the same bandwidth available to all applications. Thus, some ISPs engage in a practice called “throttling.” It is the selective slowing of specific applications.

To switch streaming and gaming connections on to slower, cheaper connections, the ISP needs to be able to read the packets that pass through its equipment. That is where “deep packet inspection” comes in. The ISP can build up a blacklist of destination addresses. It can block access to certain sites, such as The Pirate Bay, and switch Netflix connections to slower lines. VPNs block these strategies.

Also by using a VPN Netflix users can unblock thousands more movies and TV shows by connecting to the US version of the service. Of course, a VPN can also enable you to unblock Youtube videos that aren't available in your region and also access restricted content such as BBC iPlayer, hulu, Youtube content and more.

The VPN software that you download onto your computer encrypts packets. It even hides the address information. Routers need to see the destination address. Otherwise, they can’t pass on the packets to neighboring routers. As such, VPN software puts each encrypted packet inside another packet and addresses that outer packet to its server. The server that the packets are sent to depends on which location you choose before you turn the VPN on. 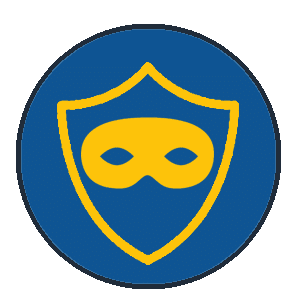 This process is called “tunneling” because it hides your traffic for part of its journey. It stays secret until it passes through the VPN server. It then continues on its way to its intended destination with the original packet headers visible. The VPN server puts its IP address as the source of the packet, so the server that receives it doesn’t know your real location. This second layer of anonymity enables you to access streaming and gaming servers overseas. These sites usually block access from abroad. However, if you select a VPN location in the same country as the streaming service that you want to access, you will get around those blocks.

VPNs are entirely legal in Sweden. Despite the government’s attempts to create an enduring data retention law, it has never tried to force those rules on VPNs. All data gathering responsibility in Sweden, both for data retention obligations and for copyright protection, falls on the ISPs. 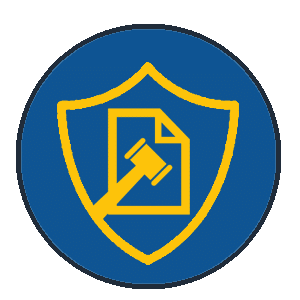 Therefore, if you use a VPN to block your ISP from logging your connections, you’ve done nothing wrong. That, whether the activities that the VPN masks are illegal, is another matter.

The Swedish government has to tread carefully when it tries to control access to the internet because whoever is in power wants to be re-elected. The very high percentage of Swedes with internet access means that the government has to handle the issue of data retention and copyright control sensitively. 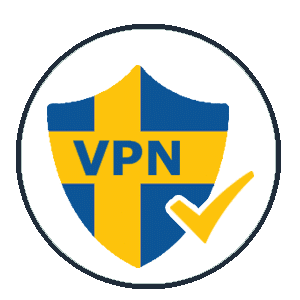 When you use the internet in Sweden, your main enemy is not the Swedish government, but the EU. The EU hasn’t given up the fight to try to force new data retention laws on member states. It has set up a “Digital Single Market” directive that aims to unify all internet controls into its remit. This seemingly logical unification of different laws across EU territories cloaks a centralization of power into the hands of unelected commissioners, who aren’t subject to the pressures of re-election. Unsurprisingly, this drive towards centralization also includes harsher measures to enforce intellectual property rights. It will make it harder for local courts to throw out enforcement in the name of privacy.

As such, the need for individuals to take direct steps to protect their online privacy in Sweden is going to become more urgent. Stay ahead of the authorities and protect yourself right now! Any of the services that made it into our list of the top five VPNs for Sweden will keep you safe on the internet.