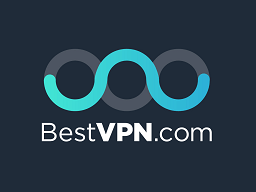 Thailand is one of the worst countries when it comes to strict censorship and surveillance – not to mention VPN blocks. Luckily, we've reviewed 170+ VPNs since 2013 and know which ones are best.

So for a short answer we suggest you look at two VPNs:

The coming Thai elections are causing the government to crack down on dissenting opinions. There are rumors that social media could be blacked out altogether, and even if it isn't, people need to be careful about what they say online. The good news is that with a VPN you can visit restricted or censored websites. You can also make blog posts and spread information without concerns that you may be being tracked. A VPN for Thailand gives you freedom of access and stops your ISP and the government from tracking you.

The coming Thai elections are causing the government to crack down on dissenting opinions. There are rumors that social media could be blacked out altogether, and even if it isn't, people need to be careful about what they say online. The good news is that with a VPN you can visit restricted or censored websites. You can also make blog posts and spread information without concerns that you may be being tracked. A VPN for Thailand gives you freedom of access and stops your ISP and the government from tracking you.

For more details on our research, keep reading.

Our two core values. For the past 5 years our experts & users have reviewed hundreds of VPNs. Our reviews are never influenced by the industry. We sometimes earn affiliate commissions, which contribute to our fight for a free internet. Click here to find out more.

A top-of-the-range Thailand VPN will allow you to pretend to be in a different country to access censored content. It will also provide military-grade encryption to stop your ISP and the government knowing what you accessed online. Over the last five years, we have reviewed well over 150 VPNs in search of the five best Thailand VPNs.

Let's dive straight in. With the table below you can compare our experts picks of the best VPNs for Thailand.

Want more information? Check out the in-depth list below for more detail on the Best of Thailand VPNs.

Why use a VPN in Thailand?

With a military dictatorship governing Thailand, the country’s laws are actively being molded to better control the population. This includes monitoring and restricting the online activities of its citizens. In addition to this, Thailand also revised its Computer-Related Crime Act in 2016 to increase its power of control over internet access.

If you live in Thailand or plan to visit Thailand, you might consider using a Thailand virtual private network (VPN) to avoid government surveillance. By using a VPN, you’re able to cover your digital footprints while accessing the uncensored web. Everyone deserves online freedom – including citizens of Thailand.

The Thai government started restricting internet access before the military coup in 2006. Most bans focused on websites that contained pornography and other adult themes. On the other hand, it’s also well known that Thailand controls the press to some extent in order to ward off criticism of the monarch.

After the second military coup in 2014, the governing inner circle has slowly expanded those press regulations to include the critique of its own actions. In addition, it has also broadened the sanctions to bloggers, news outlets, social media posts and even the content of live chat comments.

As such, it’s no secret that censorship in Thailand is spiraling out of control. If you reside in Thailand or you intend to visit Thailand, you need to watch very carefully what you put online. It’s important to protect your texts, videos and voice chat services from government surveillance attempts.

Consider this: Thai authorities can tap and record mobile phones if they’re under Thai jurisdiction. For example, the most popular voice chat system in Thailand is the smartphone app Line – with over 33 million Thai users. The Thai government has made claims saying they can crack it.

This is why you should consider using a protected Voice over Internet Protocol (VoIP) connection on top of a VPN. By adding this extra measure of protection, you’re offered much more security than your local SIM card can provide.

Streaming With a VPN for Thailand

While foreign media streaming sites are not blocked in Thailand, Thailand citizens are limited to Thailand content only. This means that, despite being able to log into your Netflix account, you cannot access anything other than your country specific library.

Fortunately, you can spoof your location and access country specific libraries by using one of our recommended Thailand VPNs.

The best solution to sidestepping the internet restrictions and surveillance of the Thai government is to install a VPN. This privacy measure will encrypt all of your communications. In addition, it also masks the true destination of your connections as they pass through your ISP’s servers.

By using a VPN, you’re able to mask the origin of a request for a service. In other words: streaming servers can be fooled into thinking you’re in their country – giving you the ability to access their content. Furthermore, using a VPN can also help you access other websites besides video streaming services.

For example, you can browse adult websites without worry of censorship. You can read whatever blogs you want – you can speak your mind – you can finally enjoy a truly open internet. By using a Thailand VPN, you’re exercising your right to the freedom that you deserve.

The only downside to using a Thailand VPN is that not all VPNs work in Thailand. After a study conducted by the Open Observatory of Network Interference was published, it was revealed that Thailand authorities block some VPN websites.

The websites that were tested don’t speak for all VPNs in the world, but each one of them – hotspotshield.com, anonymous.org and ultasurf.net – ended up blocked. Fortunately, there are several solutions to this problem. First, you could subscribe to a VPN before traveling to Thailand.

The negative part of this solution is that customer support could be difficult to find, as the websites would be blocked. This is why our second solution is our recommended one: use a VPN that isn’t blocked by Thai authorities. All of the VPNs listed in our Top 5 guide are not only unblocked, but highly recommended by our team at ProPrivacy.com.

By using a Thailand VPN, you’re concealing the true destination of your traffic. This security measure prevents ISPs from reporting on which sites you connect to. By encrypting all communication, you’re able to avoid government or ISP implemented monitoring programs that invade your privacy by observing the files you’re downloading and the video streams you’re accessing.

When you’re running a VPN client, you’re forcing your system to only accept incoming messages from the connected VPN server as opposed to the mediating server it usually goes through. In other words: you and your data are provided anonymity and security. When you use a Thailand VPN, you don’t have to worry about third parties compromising your data.

Are VPNs legal in Thailand?

VPNs exist in order to provide privacy and anonymity to their users. While some countries like Thailand have hefty privacy laws, anonymity is not illegal. Thus, using a VPN in Thailand is not illegal. If you’re looking to put your trust in a VPN provider, you can do so with ease.

On the other hand, please note that, while VPNs might be legal in Thailand, using a VPN for illegal activities is not legal (anywhere). Always proceed with caution.

Using a Mobile VPN in Thailand

When choosing a Thailand VPN for your mobile device, it’s important to consider all of the qualifying factors like VPN speed, server locations, security implementations and privacy/log policies. When deciding on a mobile VPN provider, be sure to select the one that best fits your needs.

You can install a VPN on your Android device using a couple different methods. The first method is th easy one – navigate to the app store and download your desired VPN app. The second method, as mentioned above, is installing a VPN using an APK file:

Installing a VPN on your iOS device is as easy as going to the app store, searching for your desired VPN and then installing it. For more information on the best iOS VPN apps, read our Best iPhone VPNs guide.

When choosing a Thailand VPN server, you should do a few different speed tests and compare the results. This will give you the opportunity to see which server aids you best in its performance. In addition, it’s beneficial to choose a VPN provider that offers a large variety of servers and server locations.

If you’re searching for the best Thailand VPN server to connect to, you will want to consider a few different things. First off, find a VPN that provides you with a multitude of different server locations – several of which reside in Thailand. In addition, you should also choose a VPN that offers unlimited server switching.

Standing up to censorship and the lack of online privacy in Thailand is important. It’s your right as a human being to exercise freedom – including digital freedom. By using a Thailand VPN, you’re not only standing up for your right to privacy and freedom, but you’re doing it in a secure setting.

The VPNs listed in this top 5 guide are successful in what they do, namely evading the surveillance of Thai authorities. In addition, each VPN provides their own DNS servers and offers military-grade encryption with strong security features included. You no longer have to worry about authorities or a third party compromising your online activities.

The Thai government continues to push for intense internet surveillance. It’s time to push back with one of our Thailand VPNs.