Ivacy has already made a name for itself, taking home the prize for Best Speed at the ProPrivacy Awards 2019 but it isn’t resting on its laurels. Looking to turn the heads of gamers across the world, the provider has struck a partnership deal with European esports club GamersOrigin.

GamersOrigin’s endorsement comes with a bit of weight attached to it, with teams currently participating in League of Legends, Fortnite, Hearthstone, Apex Legends, Street Fighter V, Soulcalibur and more. With over 100 tournaments conducted every year and a recent fundraiser garnering €3 million, the organization is certainly strategic in the partners it chooses and Ivacy is no exception. 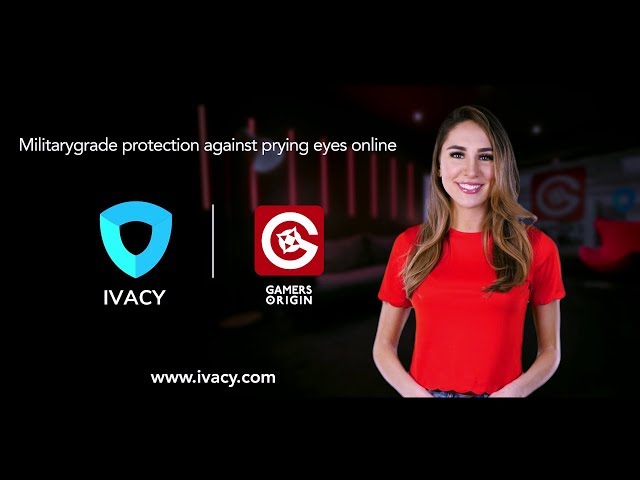 The sponsorship follows Ivacy becoming the official VPN partner to West Ham United Football Club earlier this year. The backing of one of the oldest football clubs of the Premier League has helped VPNs to become much more mainstream by spreading awareness of cybersecurity tools in an era led by data sharing.

While traditionally used to unblock streaming platforms and secure connections, Ivacy promises gamers that its VPN offers the same protection against Distributed Denial of Service (DDoS) attacks.  Despite being completely illegal, some gamers have taken to using botnets to overload systems in order to slow them down and gain an advantage. Ivacy can’t do anything about attacks directly aimed game’s servers, but it does commit to keeping your personal system free from the unwanted traffic seen when DDoSing occurs.

VPNs are also perfect when tackling geographical restrictions. From a game releasing earlier in one territory to being outright banned in another, Ivacy ensures that gamers can get their hands on the latest and greatest titles without interference.

For the more competitive lot out there, Ivacy also states that you can bid farewell to bandwidth throttling. It’s less common nowadays for an Internet Service Provider (ISP) to limit speeds but for those that do impose a bottleneck to avoid server crashes, a VPN can be the answer to enjoy your games at full speed.

If this sounds appealing to you, then you’re in luck as Ivacy is celebrating the partnership with a 15% discount on all plans. Simply head to the website enter the code ‘GOWIN15’ at the checkout, download Ivacy’s user-friendly app on Windows, Mac, Android, iPhone, consoles or other supported devices and connect to a server to play without a single worry in the world.