A claim often made by VPN providers is that it is possible to get cheaper hotel and flight bookings by using VPN to spoof your geo-location and book reservations from within the country of the services you wish to use.

The rationalisation for this is that companies expect foreign visitors to be more willing to spend money than ‘locals,’ and therefore hike the prices up for searches made from overseas IP addresses.

Here at we have always been somewhat leery of such claims, as casual investigations in the past, we never any evidence of geolocation IP making the slightest difference to the price of services.

We have decided, however, that is time to investigate this claim more fully.

We visited a wide selection of travel hotel comparison websites, and each time inputted two identical search terms - once without a VPN connection (we are based in the UK), and once connected to a USA VPN server. All searches involved travel or hotel bookings within the United States.

In order to ensure the websites did not pick up on our past searches and modify their results accordingly, we used Private/Incognito mode (to completely disable cookies) when visiting them, and also used completely separate browsers for our UK and US searches.

In addition to this, we guarded against websites using sneaky means to discover our or IP address when using VP, by checking for DNS leaks and susceptibility to the WebRTC exploit by visiting ipleak.net.

We spent around three hours hunting through dozens flight and hotel comparison sites, including Expedia.com, Skyscanner.com, Hotel.com, and many more, and in almost all cases found prices to be identical, regardless of whether VPN was used or not (occasionally prices would vary by a dollar or two, but we do not consider this important).

We seemed to get the most striking successes at travel service comparison website Kayak. When comparing prices we found no difference in the economy fares listed, but when we looked at Business Class fares the picture changed dramatically, depending on where we appeared to be located. 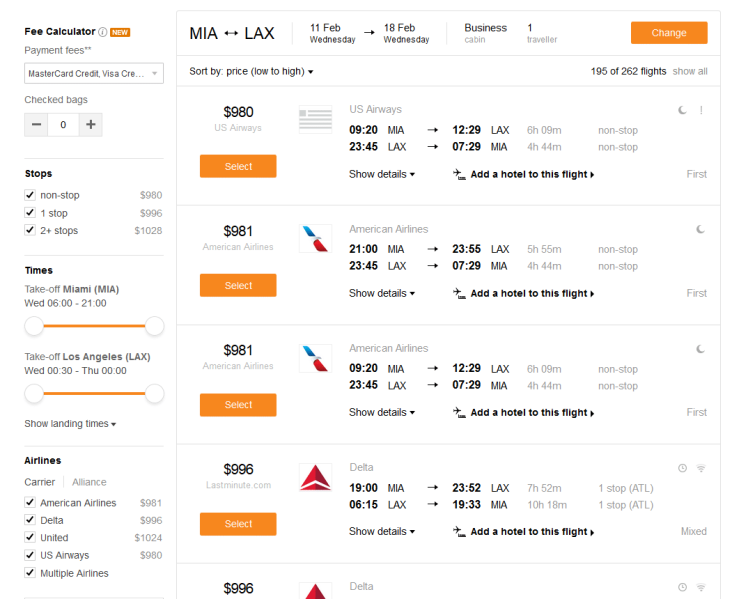 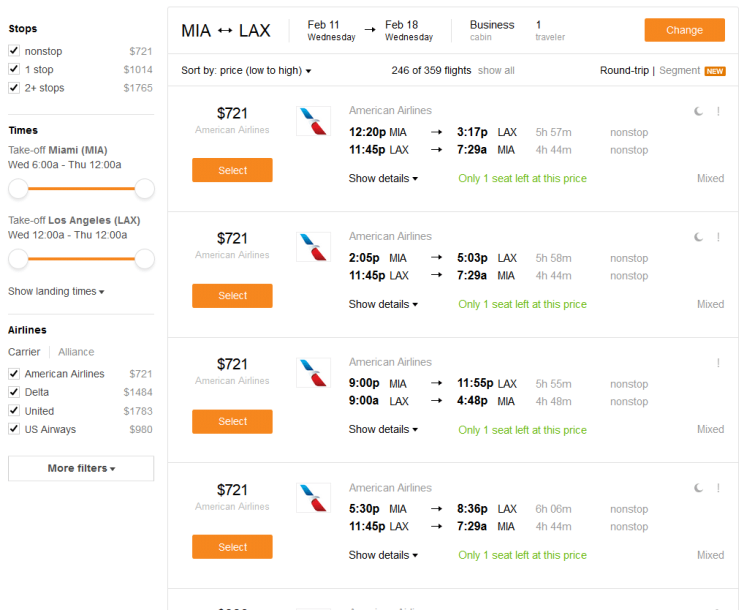 Business Class prices listed on the US website - a difference of over $250!

It should be noted that for some reason the flights displayed are not identical, but even more importantly, that simply changing from the .co.uk version of the website (to which we were automatically directed without VPN turned on) to the US .com version (something most travel site allow) had the same effect as using VPN. 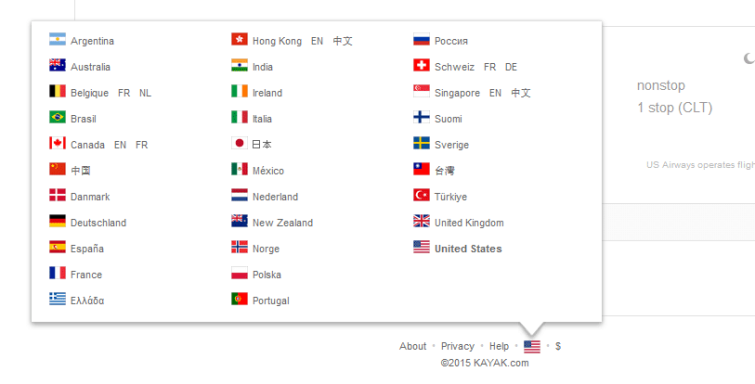 It might be a bit hidden away, but as with just about every other similar website, Kayak lets you chose which version you want to use 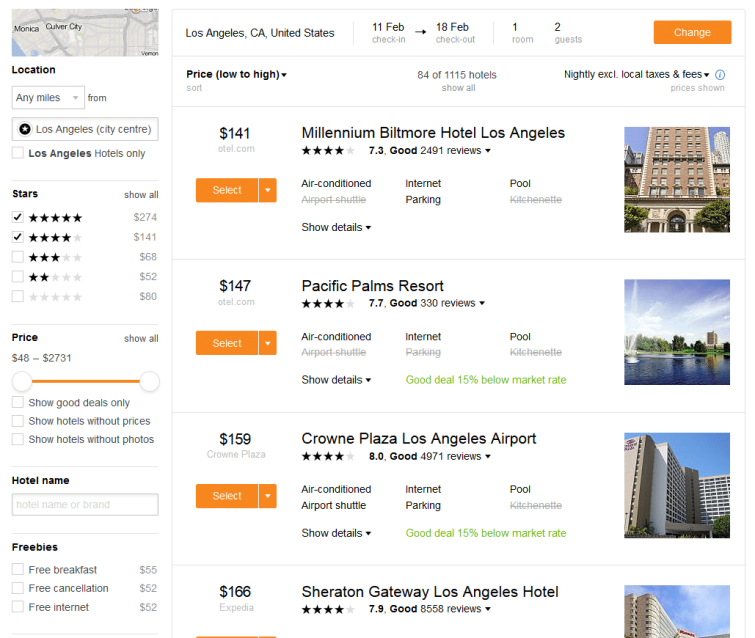 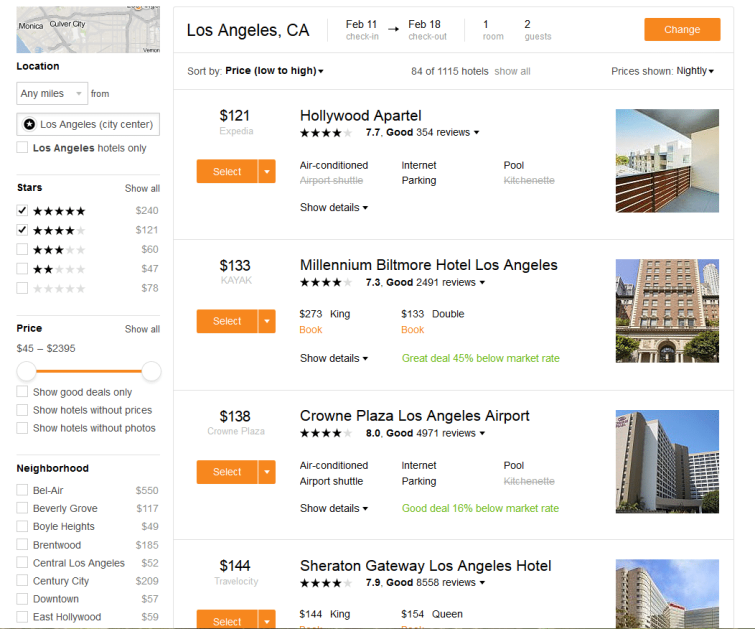 Again, using kayak.com instead of kayak.co.uk produced cheaper results, but a VPN is not required to access kayak.com. We also got some interesting results on Fly.com... 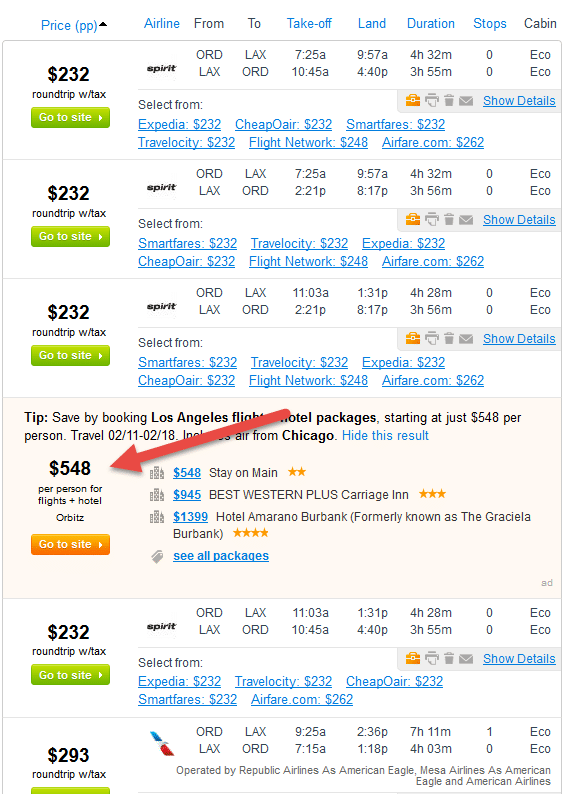 On the UK version of Fly.com prices were the same as on the US site, but…

… a cheaper special offer was available on the UK site!

This is actually the reverse of the expected result, but we should note that in a direct like-for-like comparison (e.g. the Best Western Plus Carriage Inn), prices were identical. Again, simply switching websites yielded the same results as using a VPN.

It does seem that shopping around on different versions of a website can yield bargains, as different information is sometimes displayed, depending on the website used (although as the Fly.com example proves, the best deals are not always shown on the version you might expect!)

What we found no evidence of, is deliberate hiking of prices based on the IP address a search was made from.

VPN is fantastic for a great many things - it offers privacy while surfing the internet, protects you from hackers when using WiFi hotspots, allows you to watch an overseas version of Netflix, and more, but we have to conclude what we have long suspected - that claims VPN can save you money on flights and hotels are groundless.