It probably won't surprise you to learn that if you're gaming, your data is being collected. It doesn't matter if it's an online title or a single-player adventure, either, seeing as most games communicate with their respective online servers, regardless.

Obviously, that's not ideal. As you busy yourself with leveling up, crafting or exploring new maps, you're also helping to compile a personal profile. The information collected by the game (about your habits and preferences, and more) can then be used internally by the company, sold to third party advertisers, or targeted by bad actors.

Like I mentioned earlier, today's games are constantly collecting information about you as you play, and this information gets picked up in-game or via cookies if you visit affiliated sites. There's a lot of player information kept on gaming servers... so they're prime targets for hackers.

And gaming data breaches happen more often than you'd think. Sony was hacked back in 2011, affecting over 70 million accounts, and Electronic Arts and CD Projekt RED have both been targeted recently, too. Hackers target the login details of players when they attack these servers, hoping to use that data in subsequent credential stuffing attacks – where they'll use the password and email combo they learned from the leak to log into a gamer's other online accounts and services.

Everyone knows how disruptive and dangerous malware can be – and if you happen to download a dodgy pirated game or a title from a mysteriously unknown developer, you could find yourself playing a game that's been pre-infected by malicious code.

Malware can be injected into pirated games and third-party downloads

Ransomware is also pretty cruel, and is often used to target MMO players who pour hours and hours of time into their adventures. Hackers can seize control of the account, or inject ransomware into bogus third-party offers and items (more on this later), knowing full well that players will pay a lot of money to regain control of their investment.

Keylogging malware does what you'd expect it to do – it records every key you press and can be used to figure out your login details and seize control of (and potentially hold ransom) your accounts. This invasive malware is typically hidden within email phishing scams. I come across so many stories detailing how hackers send meticulously crafted emails that look like they've come straight from a dev team, inviting the reader to check out an incredible limited-time offer or claim a prize... only to infect them with keylogging malware.

One quick Google search will uncover a whole gray market of third-party game enhancing items – cheat codes, item keys, level boosts, and more. They're usually being sold for pretty attractive prices, too! Unfortunately, it's always a risk, and you have no real way of telling whether the site is an elaborate phishing scam or if the item you've just paid to download is crammed full of malware.

is Pokémon Go secure? | Some tips for staying safe on Pokémon Go

There are plenty of games, particularly online multiplayer titles, where using your microphone is practically a necessity – but it can be dangerous. An opportunistic bad actor could be a part of your in-game chat and gleefully making a note of all the personal info you reveal, knowingly (in response to probing questions or familiar teammates) or unknowingly (because forgetting to mute yourself to have IRL conversations can happen!).

The same sorts of slip-ups can happen when you're streaming or sharing camera access, too. You might inadvertently enter a login whilst being recorded or have sensitive information open in the background of your stream. Either way, it makes a hacker's job that much easier.

This one's a big deal when it comes to mobile games – think Pokemon Go and Geocaching. These games use your GPS info to determine your location, and in return, you'll be able to interact with your surroundings in an entirely new, gamified way. This is all pretty cool, but location-based games can quickly become a privacy nightmare.

Obviously, your physical whereabouts and habits reveal a lot of pertinent information about your lifestyle. And advertisers are very interested in this! If you're playing Pokemon Go regularly and catching Eevees as you make your once-a-day trip to the pharmacy or coffee shop, you might begin to see tailored ads for those stores crop up on your device. I've tackled this topic before, so be sure to give that post a read if you're wondering about the security risks of Pokemon Go.

Okay, this is a point I often bring up in my posts... but it bears repeating! Nothing pleases a hacker more than a target deciding to use the same password and email combination over and over again. If you're using the same login details to secure your gaming accounts as well as your bank accounts, you could be in trouble if your credentials are ever part of a data breach or acquired via keylogging.

2FA is a wickedly simple way of securing your account

Games that don't offer two-factor authentication are also doing their players a major disservice. 2FA is a wickedly simple way of securing your account, requiring you to supply additional verification along with your password when you log in, and, thankfully, a lot of AAA games are allowing players to opt-in and use it.

Our attitude to strangers on the internet has drastically changed over the last decade or so. Now, people are less wary about sharing personal details – but I'd recommend keeping your info to yourself! Revealing your full name, address, location, career, or education details is as unnecessary as it is risky. A bad actor could exploit these tidbits of information to target you and your account.

Additionally, some games require you to fill out a ton of paperwork before you can download the client or hop into the action. You're certainly not obligated to do this, and I'd advise against inputting your more sensitive details if you have even the slightest doubt as to why the game in question would need to know them.

How can a VPN help your gaming?

Which VPN protocol is best for gaming?

Okay, enough of the doom and gloom! The internet is hardly the safest place to be, sure, and games come with their own unique risks, but a little caution and common sense go a long way when it comes to keeping your information safe. If you're interested in bolstering your digital privacy whilst you're gaming, run through the list below – though I'm pretty sure you'll already be doing some of these things!

Absolutely! A lot of people tend to think of VPNs as a handy bit of software that can unblock Netflix US or other geo-restricted content... but they can do far more than that! In fact, nothing enhances your digital privacy quite like a VPN.

We've got a great jargon-free guide to VPNs, and you can check it out here, but in a nutshell, a VPN encrypts all of your internet traffic by routing it through a special tunnel. This tunnel connects to your device, the VPN server, and the wider internet – any information passing through it is encrypted and unreadable to anyone who might be snooping, and that includes hackers and nosy ISPs. A VPN is a secure gateway, and allows you to game online in peace and privacy!

A VPN allows you to game online in peace and privacy

A great gaming VPN should be quick, have a proven no-logs policy, and have plenty of protocol and port customizability. If you're a console player, you'll need to make sure your VPN is compatible with routers... and that your router is compatible with VPNs! Luckily, we've got a guide for that, too.

Not to mention, VPNs come with some other benefits that gamers should take note of.

But what about the lag?

Does using a VPN whilst gaming increase lag? I get this question a lot, and the answer is somewhat variable. It's true that connecting to a VPN at any time will result in a slight loss of connection speed – but that's because your traffic has to travel further through the VPN server as it's encrypted, and the stronger the VPN's encryption, the longer this can take.

This speed loss should only ever be negligible, however, and shouldn't have a massive impact on your performance.

Online, offline, multiplayer, or single-player – if you're a gamer, your data is a hot commodity for hackers and advertisers alike. It's the grim reality of today's digital landscape. Like I said earlier, though, it's not all bad news. Bolstering your privacy is as simple as running through the steps above and keeping a wary eye out for scams, and if you're really serious about staying secure, you'll want to invest in a VPN! 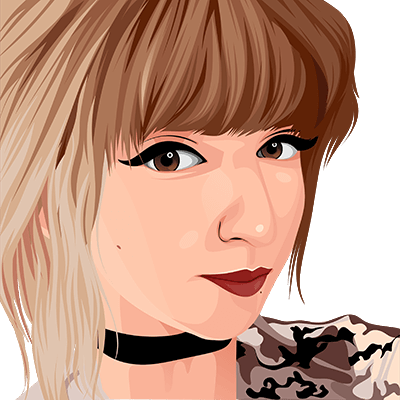