Do your children use social media? Are you worried about the potential effects internet use can have on them? Well, you're not alone. Barely a day passes without a news article or government announcement decrying the negative effects that social media and the internet are having on young people. However, experts are split on the gravity of the problem. Is the internet all bad news for young people or could it also be a force for good?

The majority of children in the US and the UK are fortunate enough to have access to laptops, tablets, and smartphones. The average kid gets their first smartphone at 12. However estimates suggest that as many as 80% of children have some form of online presence by the time they turn two! 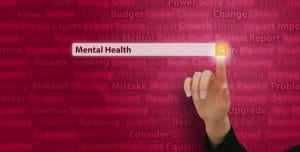 Cyberbullying affects almost every school. The NSPCC reported that children raised it as a primary concern in nearly 15,000 ChildLine counseling sessions. For many kids, contact with bullies online means that even their home doesn't feel like a safe space.

Nor is it just cyberbullying that can influence young people's mental wellbeing. Social media has been blamed for a mental illness epidemic, especially in young women. The ease with which young people can compare themselves to their peers can result in anxiety and feelings of inadequacy.

Worries about young people using social media platforms have risen to the point where ‘social media addiction’ is a term that has started to appear regularly in media discussions.

Although it has not been officially diagnosed as a mental illness, recent studies have suggested that some young people's use of social media shows all the hallmarks of traditional addiction. Notable behaviors include:

Social media addiction has been linked to rising depression levels. However, many experts agree that it’s not really clear whether social media use is a cause or symptom of depression in young people. What they do agree on, is that increased use can be a red flag that a child may be suffering emotional problems. As such, parents should keep an eye on the amount of time their kids spend online. 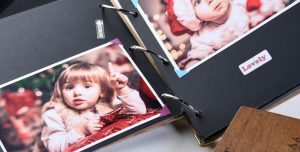 In addition to children's use of social media causing potential problems, the recent phenomenon of ‘sharenting,’ or parents posting pictures of their children online, can have dangerous consequences.

Parents have always wanted to share pictures of their kids with family and friends. Social media has made this much easier. However, in posting a seemingly innocuous picture of your kids, you may be sharing more information than you realize.

Shared photographs can contain information about the image, the device used, and even where the picture was taken. This data, known as EXIF metadata, creates an obvious problem for your child’s privacy.

Over-sharing pictures of your kids can result in bullying, identity theft, and misappropriation of the images by sites that pedophiles visit. Thus it's vital that you control who can see the images you (and your kids) post on social media sites.

Keeping your children's location and identity safe online is much easier using a Virtual Private Network (VPN). If you're not familiar with VPNs, take a look at our Beginners Guide to VPNs to understand why they're so important. 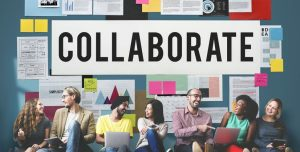 Researchers have found that, if used properly, social media use can have a positive effect on children’s education and development. Through social media, students can use each other as sounding boards for new ideas. They can also access and share creative projects and blogs, and collaborate on group projects.

A huge study into the benefits of social media by the University of Sydney recently noted that young people are more likely to use social media to access support from organizations such as ChildLine.

In addition, social media has played an important role in helping to raise awareness and de-stigmatize issues such as depression and suicide among young people, through campaigns such as Mental Health Awareness and Positive Mental Health.

Skills for the Future

The University of Sydney study also found that the exposure social media gives young people to a variety of viewpoints and opinions can be vital experience for the adult world. It teaches them from an early age to manage and adapt to stressful situations. The resilience to opposing opinions that kids get from social media can be a great asset in the workplace and in adult social spaces.

How Can Parents Make the Internet Safer? 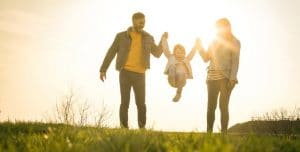 The prevailing wisdom was that those who grew up with the internet - dubbed digital natives - were inherently more savvy with all things tech. Experts now believe that this is a myth. Parents and children have an equal aptitude for navigating the digital world. This removes any excuse parents have for not engaging with their kids’ online activities.

There is a wealth of information available regarding the subject. Start with our comprehensive guide on how to keep your kids and teens safe online. The best advice is to know the technology and engage with your kids about it. If you don’t know your memes from your Myspace, you’ll probably struggle to teach your kids to use them responsibly.

VPNs are one of the most powerful tools available for masking your children's location and encrypting their activity online. Have a look at our rundown of the  five most secure VPN providers to find out which is best for your family.VPNs can be a powerful tool to keep you and your kids safe