Government plans to install cameras linked a to central facial recognition database on over 100,000 lampposts in Singapore next year have alarmed privacy activists.

The move comes as part of its “Lamppost-as-a-Platform” (LaaP) project, which is itself part of a wider initiative aimed at improving citizen’s lives through technology. Dubbed “Smart Nation”, this project is overseen by the government agency GovTech, who confirmed to Reuters earlier this year that:

"As part of the LaaP trial, we are testing out various kinds of sensors on the lampposts, including cameras that can support backend facial recognition capabilities. These capabilities may be used for performing crowd analytics and supporting follow-up investigation in event of a terror incident."

Others sensors hosted on the lampposts aim to monitor air quality and water levels and to collect data that can assist urban planning such as pedestrian and electric scooter numbers.

GovTech has invited companies to place bids on the new technology, with the hope of a full rollout next year.

As with cities such as London and New York, video surveillance is already extensive Singapore, to the point of being ubiquitous. But the use of facial recognition software is concerning, although perhaps no surprise in a place often described as being a “police state”.

But is Singapore a police state?

The answer to this depends somewhat on how you define “police state”. Singapore is heavily policed, has strict laws governing what is and is not permitted in public, and strictly limits freedom of speech (especially when it concerns the ruling People’ Action Party, which has been in power since Singapore achieved independence in 1959).

On the other hand, crime rates are extremely very low and terrorism all but unknown (despite the threat of terrorism being used as justification for LaaP facial recognition initiative). Police do not interfere with those who obey the law, and are themselves bound by tight laws and rules of conduct.

On a technical level, Singapore’s Media Development Authority (MDA) operates a ‘light touch’ policy, and when the OpenNet Initiative tested 100 websites popularly believed to be blocked it found that only seven, all relating to pornography, were in fact filtered.

That the websites, which included sex.com, playboy.com, and penthouse.com were all very high profile strongly suggests that the blocks were put into place to make a point, rather than as a serious attempt at censorship.

However, using a string of laws, including the Newspapers and Printing Presses Act, the Defamation Act, the Internal Security Act (ISA), The Sedition Act, and articles in the penal code, the government (with the help of a judiciary which “systematically returns verdicts in the government’s favor”) is quick to target political dissenters and critics of PAP members.

It justifies such aggressive censorship by citing Singapore’s potent ethnic and religious mix, which has in the past led to disturbances and riots (but no incidents that can be classed as “terrorist”).

In addition to these measures, all ISPs and Internet content providers (ICPs) that the regulatory Media Development Authority (MDA) determines to be political parties or “engaged in the propagation, promotion or discussion of political or religious issues relating to Singapore” must register with the MDA.

Registration involves handing over a $50,000 “performance bond,” and agreeing to remove any material deemed to be offensive or politically sensitive by the MDA within 24 hours. Worryingly, this also includes “material [that] advocates homosexuality or lesbianism,” which may lead to further victimization and censorship of the LBGT community.

The result of using non-technological measures to curb political, religious, or ethnic dissent or content has led to a widespread form of self-censorship. Most people, guided by somewhat vaguely defined but officially recognized “out of bounds markers” (OB markers) that denote which topics are permissible for public discussion, chose to limit the scope of their input on sensitive issues.

A shift in focus?

Those who defend the heavy-handed police presence in Singapore often point to the fact that the government does not persecute or target law abiding citizens. In fact, Singapore is one of the safest cities in the world to walk around in!

Use of facial recognition technology on the general public, however, means that from next year, the government will be performing widespread surveillance on ordinary law-abiding citizens going about their daily business.

This is something it has never done before. It has cooperated extensively with the USA and Australia in their Five Eyes global surveillance programs by giving them access to the international fibrotic internet cables that pass through the city-state. But this is not the same as blanket spying on its own citizens. 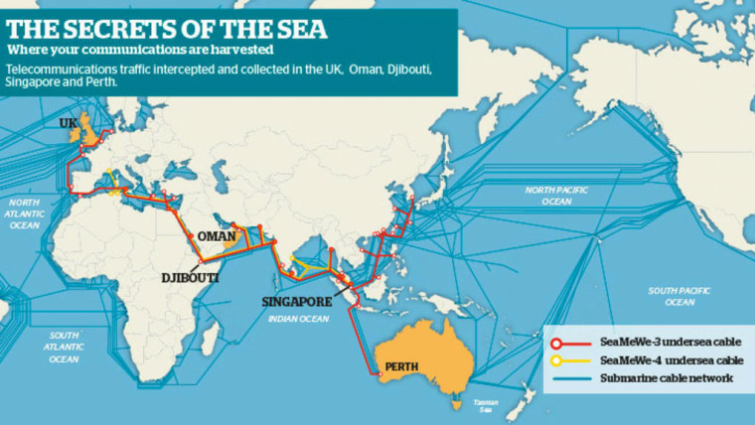 Most Singapore residents seem unconcerned at what could be seen as a sinister shift in focus, instead seeing the government as a firm but benign guiding hand. But whether they living in a well-ordered utopia or in what is ultimately gilded cage overseen by a malevolent big brother government remains to be seen.