It’s generally well known that Google likes to track and collect hordes of information from its users, including their search history, location data, browsing history, purchase history, and more. 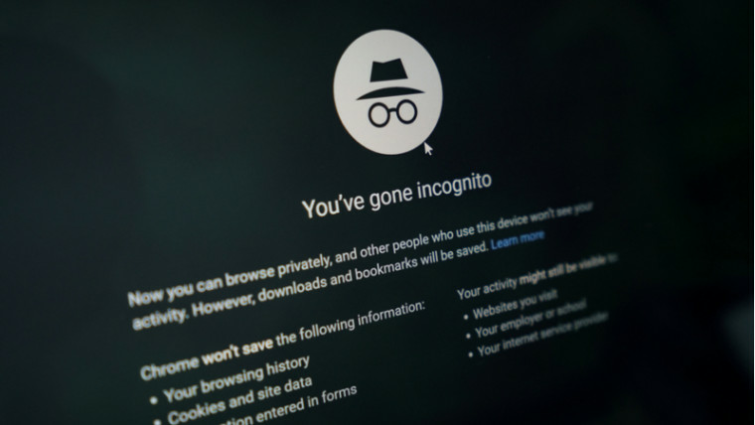 Many users attempt to circumvent this by using incognito mode, or other types of private browsing as a way to avoid being tracked online. Although, in part, Google uses this data to enable it to provide a convenient and personalized service, many people view it as an invasion of privacy.

The idea behind incognito browsing is to browse the web without having to worry about being tracked or your browsing history being logged. When you launch an incognito tab in Google Chrome, you are greeted with the following message:

You&rsquo;ve gone incognito. Now you can browse privately, and other people who use this device won&rsquo;t see your activity. However, downloads and bookmarks will be saved.

Proponents of incognito browsing, and of internet privacy in general should take note this week of claims leveled at Google by rival search engine DuckDuckGo. A study conducted by the privacy-focused DuckDuckGo contends that Google is still personalizing the search results of its users even when they’ve gone incognito, and even when they’re not logged into any Google accounts. Google, for its part, emphatically rejects the claim as bogus, retorting that the study was inherently flawed.

DuckDuckGo, in a blog post revealing the results of its study, claims that the prevailing issue with Google’s search algorithm stems from its filter bubble, “Put simply, it's the manipulation of your search results based on your personal data.” DuckDuckGo decided to put this assertion to the test and conduct a study with the help of 87 volunteers living in the United States.

To test what Google’s search results produced for different individuals in different circumstances, DuckDuckGo asked the 87 participants to search for “gun control”, “immigration”, and “vaccinations” in that order and all at the same set time and date. The volunteers were asked to execute these searches first in incognito mode and logged out of Google, then once again in normal browsing mode.

The output derived from this methodology yielded 4 major findings which DuckDuckGo’s shared on its blog:

The study indicated that in incognito mode, 68%, 57%, and 92% of the participants saw unique search results for “gun control,” “immigration,” and “vaccinations” respectively. In normal browsing mode, the percentages were nearly identical, with 59%, 63%, and 92% of the participants seeing unique results for the same exact search terms. DuckDuckGo explains:

With no filter bubble, one would expect to see very little variation of search result pages &mdash; nearly everyone would see the same single set of results. That's not what we found. Instead, most people saw results unique to them. We also found about the same variation in private browsing mode and logged out of Google vs. in normal mode.

The study also accounted for certain variables like location and time. The researchers claimed that location had little impact on the search results, because they observed very few location-specific results. They accounted for any time variables by asking the participants to enact the searches at the same time.

Further suggesting that different users are getting different search results, is the finding that Google was including links for some that it wasn’t for others. The study highlights the fact that Google’s organic search results generally produce around 10 links, and contends that with no filter bubble, the number of different domains displayed to the participants should stay around 10. Researchers, however, noted that they saw between 15 and 22 different domain names from the participants’ incognito results.

DuckDuckGo researchers also determined that there was little to no difference between incognito browsing when the participant was logged out, and when the participant was logged in and browsing normally. The general hypothesis would be that the private, incognito search results would more or less be exactly the same, with little variation. The study, however, found a significant amount of variation. The researchers concluded that incognito browsing should not be considered anonymous browsing and that users should not bank on it offering high levels of privacy. Though incognito mode will not save your browsing history or cookies, websites will still be able to recognize the user through their IP address and through browser fingerprinting.

In response to DuckDuckGo’s study, Google provided a statement to 9to5Google dismissing the research as flawed:

This study&rsquo;s methodology and conclusions are flawed since they are based on the assumption that any difference in search results are based on personalization. That is simply not true. In fact, there are a number of factors that can lead to slight differences, including time and location, which this study doesn&rsquo;t appear to have controlled for effectively.

Though DuckDuckGo explains in the blog post how it controlled for time and location, Google insists the methodology wasn’t effective and essentially proved nothing.

There can, of course, be differences in the way different people view and comprehend the results of this study. One side says the search results clearly indicate uninvited personalization, the other side says that the results indicate nothing and instead that numerous other factors are at play here.  It's up to individual users to decide how to respond to these findings and what, if any action they take.

Google does indeed provide some privacy options when it comes to search, but for those who want an extra layer of privacy, there are a handful of excellent privacy-minded search engines available. For those who want to take their internet security to an even higher level, a best VPN services can mask the IP address and encrypt the online activity of the user, thereby preventing such unwanted tracking and data collection altogether.