Having your VPN slow to a crawl can be frustrating at the best of times, and particularly when it’s not clear why. Luckily, there are plenty of steps to take to figure out what’s got your service bogged down.

Think of your VPN connection as an encrypted tunnel, linking your device with the VPN server in order to secure each data packet passed through it. The tunnel is made up of protocols and encryption standards, and you should expect a slight loss of speed when connecting to your VPN due to these extra security steps.

However, the operative word there is slight. You shouldn’t experience more than a 10-20% loss compared to your standard connection.

How to tell if your VPN is slow?

There are plenty of reasons why a VPN slows down your connection. However, first up you should verify that your VPN is the problem. To pinpoint the cause of a sluggish VPN, put it under the magnifying glass with the following tests:

Test your speed with the VPN turned off

In some cases, a VPN won’t be to blame. It’s best to check whether it’s your internet connection that’s slowing you down.

It’s easy enough to find out - just disconnect from your VPN and run an ISP speed test. You can do this via your ISP’s website, or elsewhere online - Ofcom, Which, and OOKLA all offer free and painless services that allow you to gauge your speed at the click of a button. 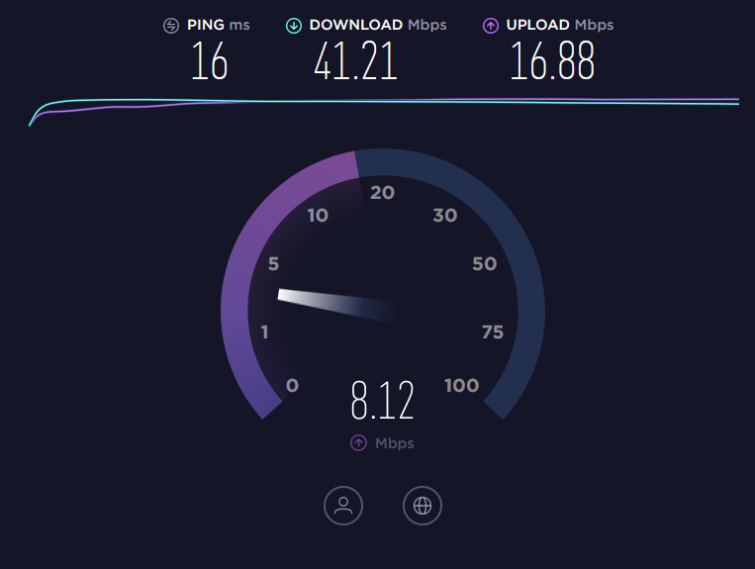 Performing this test ensures that you’re getting a baseline internet speed without potential VPN throttling. So, if your speed results are looking suspect, the issue is with your ISP.

The old faithful! It’s a worthwhile step, too, as your router can slow down over time thanks to memory leaks and software issues. All it takes is completely unplugging the router, waiting about 20 seconds before plugging it back in, and then leaving it to reboot. 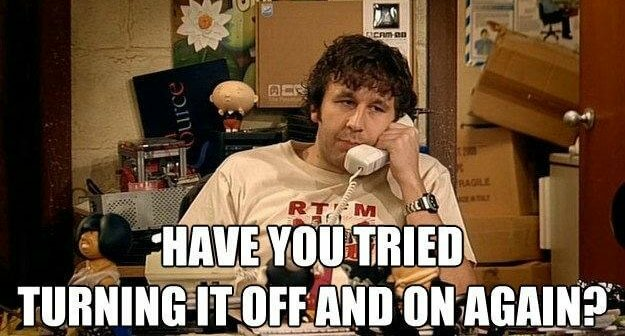 It’s also worth restarting your devices, too. Laptops and phones can experience fatigue (just like the rest of us) as they run out of free memory.

Though it might seem a little backwards given how ubiquitous WiFi has become in our daily lives, opting for a wired connection can solve a lot of the issues that come part and parcel with WiFi.

WiFi connections can be notoriously interfered with by other devices in the home - this even includes our kitchen appliances now - and they also rely on a shared channel to ferry data to and from your devices. This can slow up your connection speeds and dish out some serious latency.

Using a wired connection removes those interfering factors by giving your PC or laptop an unobstructed connection. All it takes is an Ethernet-compatible device and a network cable plugged directly into your router. If you don't have an Ethernet port on your device, you might be able to use an USB-C to Ethernet adapter.

Streaming services, games, torrents and even background apps can put a strain on your system resources. Closing anything that’s running unnecessarily in the background can free up some extra bandwidth. To see what you have running, just open your device’s task manager or equivalent.

How to test VPN ping

How to speed up your slow VPN

If you’ve discovered, after going through the above steps, that your VPN really is the culprit, there’s still more to be done to speed up your service.

Choose a server closer to your actual location

If you pick a VPN server that’s further away from you, your data will need to travel that distance. This will slow your connection and, in turn, slow your upload and download speeds, causing some nasty ping. 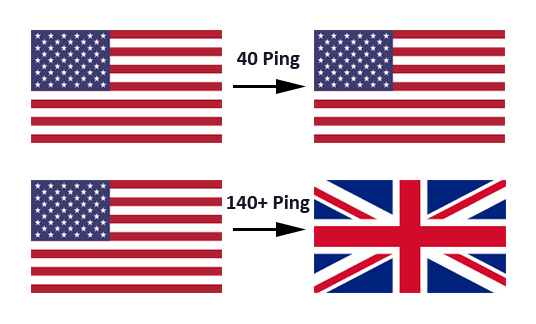 Typically, your VPN provider will let you choose from several servers across the world - so make use of the feature! Simply select a server that’s closer and run another speed test.

It is possible to use a local server and still experience a lull in speed. It might take a little server hopping to find one with no issues in its network path.

A server that’s experiencing high demand or has some serious bandwidth limitations can also affect your speeds. In this case, check out a less congested server, even if it's further away, to see if it helps.

So, remember how a VPN provides an encrypted tunnel for your data packets? Well, a VPN protocol determines how that tunnel is formed and how to navigate between your device and the VPN server.

Your VPN provider will connect to a server using a specific protocol, but you can change this up if you’re looking to boost your performance. It might take some trial and error to find your ideal setup, so be prepared to experiment and repeatedly test out your speeds.

There are several protocols available, and for a more in-depth look at these be sure to check out our guide. For now, it’s important to know that they’re not all winners:

You can change your protocol by navigating to your VPNs settings, then selecting the option to set your preferred or default protocol.

If you imagine your VPN tunnel encrypting all your data packets as they pass between your device and the VPN server, split tunneling allows you to pick and choose exactly which data passes through the VPN and which remains unencrypted via the ISP.

This method can be particularly useful if your VPN is struggling to keep up with your bandwidth demands. By siphoning some of your non-sensitive traffic through the split tunnel, you’ll ease up the demand that's bottlenecking your VPN and see a boost in your speed.

Luckily, most VPNs that offer this feature will walk you through setup - and if you’re interested in how else split tunnelling can be useful, we’ve covered that, too.

If you have tried all the steps above and you're still experiencing slow download speeds through your VPN, it might be time to consider switching VPN providers. Not all VPNs are equal when it comes to their network of servers, and some providers have the resources to offer more robust tier 1 servers that can handle more traffic and faster speeds.

To see which providers offer the best speeds, check out our fastest VPN providers page, where we run daily speed checks across all the major VPN services.