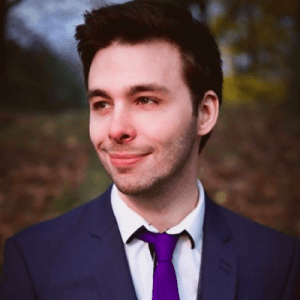 It’s understandable that ExpressVPN comes with a premium price tag when it managed to take home both the Editor’s Choice and People’s Choice awards at ProPrivacy’s VPN Awards 2020, but what if we told you that we can help you get it cheaper?

Offering a whopping 49% discount, ExpressVPN’s coupon sees the original $12.95 per month price tag slashed down to just $6.67 per month. Not only is this the biggest reduction we’ve seen from the provider to date, but it also comes with another 3 months on top of the 12 you’re being billed for.

How to use the coupon

Your subscription will automatically revert to full price upon renewal. Don’t forget to revisit ProPrivacy for the best deals around.

ExpressVPN is one of the best general-purpose VPNs out there, with a wide range of support for devices beyond the usual suspects, including routers, consoles, smart TVs and more. It can flawlessly facilitate torrenting and unblock regionally restricted streaming libraries from Netflix and BBC iPlayer thanks to 148 servers spanning 94 countries, all of which are lightning fast.

ExpressVPN can flawlessly facilitate torrenting and unblock streaming libraries from Netflix and BBC iPlayer across 94 countries.

For those with security in mind, ExpressVPN is an all-inclusive package with 256-bit AES encryption, SHA-512 authentication, and DNS leak protection. Split tunneling can help alleviate pressure on bandwidth and there’s even a kill switch in the rare event that anything goes wrong. Worst comes to worst, ExpressVPN’s staff are on hand 24 hours a day, 7 days a week via live chat to help with any queries you might have.

Although ExpressVPN understandably needs to store payment details, there are no personally identifiable logs when using the VPN itself. If you find yourself questioning the purchase at any point during the first 30 days of your subscription, ExpressVPN allow you to cancel with a full money-back guarantee, no questions asked.

ExpressVPN doesn’t tend to indulge in seasonal sales, so we don’t recommend waiting around until Black Friday or Cyber Monday to pick up a subscription. As it stands, this is ExpressVPN’s best deal and while we can always hope for a bigger discount code, it’s unlikely that a better special offer can be found elsewhere.