Despite the huge popularity of smart speakers such as the Amazon Echo and Google Home, there is a growing concern surrounding the little plastic boxes that sit in the corner; ever ready to helpfully answer questions, tell you the weather, or play a list of your favorite songs.

A series of alarming news articles have highlighted the risk these devices pose to your privacy. In order to work, smart speakers listen in on your every word, waiting to hear their activation phrase. Most even cache recordings of each individual voice in order to customize per person. And while it is possible to force manual activation, the reality is that very few people do because it sacrifices convenience.

Paranoid Home is an interesting and innovative new product which aims to "fix” the problem with smart speakers. It is a self-contained unit (with no internet capability) that disables smart speakers’ audio-in functions until it is activated by a wake word. This means that users retain the convenience of activating their smart speakers hands-free with a wake word, without the need to worry that the speakers are listening-in on their every word.

Smart speakers are, by any measure, a privacy nightmare. This is deeply worrying when you consider that over 200 million of them are already in use worldwide, which is widely regarded as the tip of the iceberg when it comes to future sales projections.

This popularity is in large part due to manufacturers' willingness to prioritize convenience over privacy, and consumer willingness to accept this trade-off. 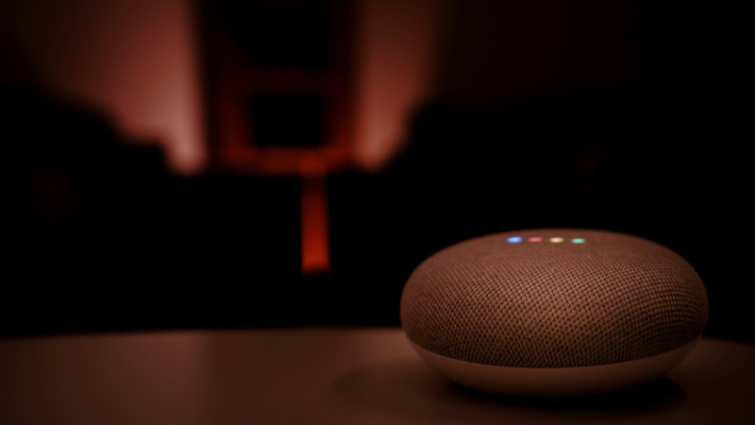 In 2017, Google Home Mini saved recordings at times when the wake word "OK Google" wasn't used. In 2018, an Amazon Echo sent private audio to someone on a user's contact list without permission. In the same year, police subpoenaed Amazon for recordings made by an Echo while a woman was being stabbed to death.

After a series of deeply worrying patents were leaked in 2018, Consumer Watchdog reported that smart speakers constitute a major invasion of privacy:

Dozens of patent applications for Google's smart home devices detail scenarios in which Google may share data from smart home devices with third parties, including businesses, who can then use the data to make inferences about users&rsquo; sleeping, cooking, entertainment, and showering schedules. These inferences, Google says, may help third-parties benefit consumers by providing them with interesting information, products and services as well as with providing them with targeted advertisements.

And so it goes on. Tech firms abusing their positions of trust in an area as sensitive as recording supposedly private conversations in the home is bad enough, but any device which is connected to the internet can be hacked.

Governments, indeed, wouldn’t even need to hack your device in order to spy on every word made around your smart speaker. All they would need to do is issue tech firms with a National Security Letter (or suchlike) demanding their cooperation.

In the seminal novel Nineteen Eighty-Four, George Orwell imagined a future in which a totalitarian government required people to install two-way Telescreens into their homes so that it could spy on the most intimate parts of their lives. Little could he have imagined that, in the name of convenience, people would one day choose to pay to have such spyware installed into their homes...

Enter the Paranoid Home. Please note that we have not yet got our mitts on any review units, so this is neither a review nor an endorsement of the product. But we do think it sounds interesting.

At the heart of Paranoid Home is a small circuit board that blocks all audio input to a smart speaker and allows it only after hearing the wake word: "paranoid.”  It is a closed source commercial product, but our usual concerns over this are heavily mitigated against by the fact that:

The circuit board is entirely self-contained, with no WiFi or Bluetooth connection to the internet (and, therefore, no access to potential hackers). When its onboard processor hears the wake word, Paranoid temporarily enables the smart speaker&rsquo;s microphone - allowing it to function normally.

Without internet connectivity (in particular), we can’t see how such a device poses much of a threat to users’ privacy. How it actually works depends on which model you buy, which itself depends heavily on which smart speaker device you use:

Paranoid Home Button - activates a USB-powered button-pusher that physically turns off a smart speaker’s mute button and then re-engages it after you have finished your voice command. This requires a smart speaker with a physical mute button, such as the 2nd and 3rd Gen Amazon Echo and Echo Dot.

Paranoid Home Wave - generates noise and interference (which humans supposedly cannot hear) in close proximity to the smart speaker’s microphones in order to block audio input until the wake word is spoken. This should be useful for devices without a physical mute button, such as the Google Home and Google Home Mini. 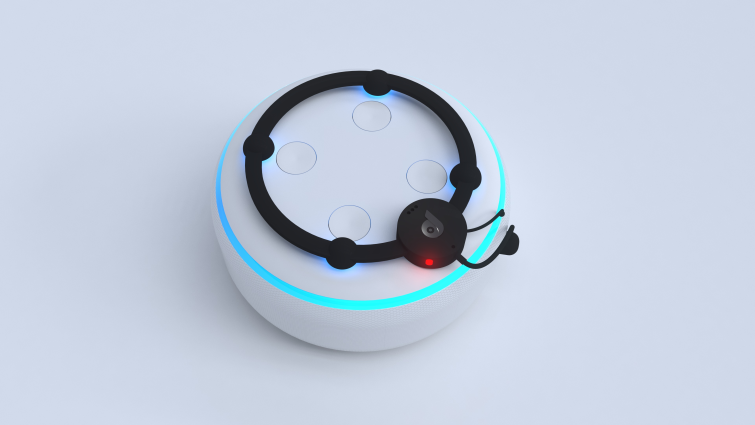 Paranoid Home Max - is a more extreme solution than the other two. It basically involves Paranoid technicians physically cutting the microphone out of your device and routing audio input through to the Paranoid Home circuitry. This requires sending your smart speaker to Paranoid Inc. or visiting one of its partner service centers (details of which are yet to be announced). 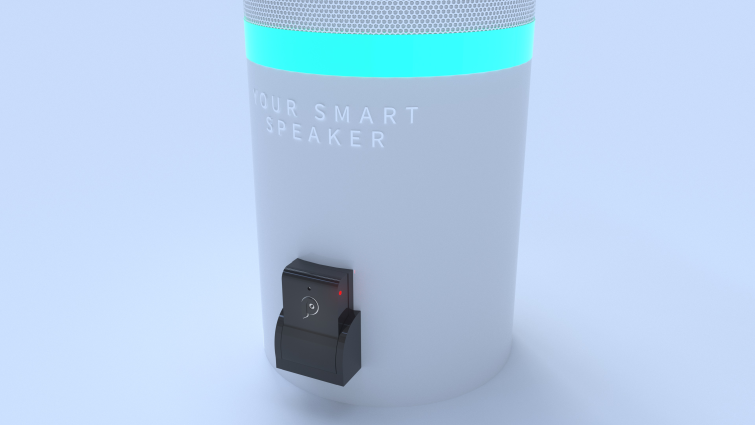 We certainly think that Paranoid Inc. has been thinking outside the box with this one! In principle, the solutions it has come up with sound viable and there are several exciting features that the company promises, although we can’t comment on execution at the present time.

One of its quirkier (but also impressively innovative) features is how the Paranoid Home updates its firmware without a WiFi or Bluetooth connection. This is done, apparently, via playing a music file from any mobile phone or tablet.

Each unit (regardless of model) costs $49.00 USD or $129 for a pack of 3. They are only available in the US and Canada at the time of writing, but international sales are expected to start later this year. You can find out more on the Paranoid Home website.