Spotify is by far the biggest fish in the music streaming pond. With more than 60 million subscribers, the platform dwarfs its nearest competitors (Apple music, with only 27 million). Spotify draws in its massive subscriber numbers with its huge catalogue, along with some of the best music recommendation software available. Recent research into how this software works, however, has thrown up some questionable practices.

A research group, headed by Swedish anti-copyright advocate Rasmus Fleischer, has spent the last few years trying to figure out how the infrastructure of digital music distribution giants like Spotify works. Its findings are due to be published in a book called ‘Spotify Teardown - Inside the Black Box of Streaming Music’ sometime next year. The book promises to reveal some juicy secrets from Spotify’s past. 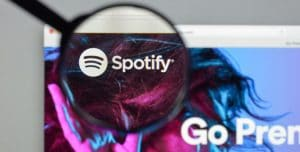 In order to get the data needed, the research group, with funding from the Swedish Research Council, broke Spotify’s Terms of Use. This is the contract all users agree to when creating an account. Fleischer has admitted to using a Virtual Private Network (VPN) to cover up what were essentially illegal activities on the part of the research group. However, the group did not actively hack into Spotify’s servers. The activities, they claim, were in the purely academic tradition of ‘breaching experiments.’

One of the main experiments carried out was to use hundreds of bots, or automated accounts, behaving in unexpected ways to see how the site responded. The bots explored, for example, whether the site recommended different songs for men and women. 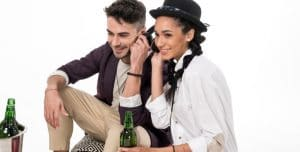 Despite the global music industry being worth an estimated $16 billion, Spotify reported operating at a loss of almost $640 million last year. It’s no surprise, then, that it tries to keep its trade secrets well hidden. Predictably, the research group received a request from Spotify’s lawyers in May demanding written confirmation that the team had ceased their activities. However, Fleischer suspects that Spotify may have an ulterior motive for calling for a stop to the research project.

Fleischer claims that Spotify had been aware of the methods he and his team were using since they submitted their proposals to the Swedish research council as far back as 2013, and had made no move until now to stop them. It wasn’t until earlier this year when he claimed that, between May 2007 and October 2008, Spotify knowingly distributed unlicensed material, that the company made moves to shut down the activities of Fleischer and his group.

Despite these claims, Spotify has been praised by the music industry for luring many would-be pirates into paid music streaming. Recent reports have also cited Spotify and Apple Music as major influences on the recent growth in the long embattled music industry.

Unfortunately, in Africa and most of Asia, Spotify is not available due to licensing issues. There, fans may still have to rely on illegal downloads to get hold of the music they want.

Luckily, ProPrivacy.com has a workaround. Have a look at our five best VPNs for Spotify to find out how to access all the music you can shake a drumstick at, without having to steal it.