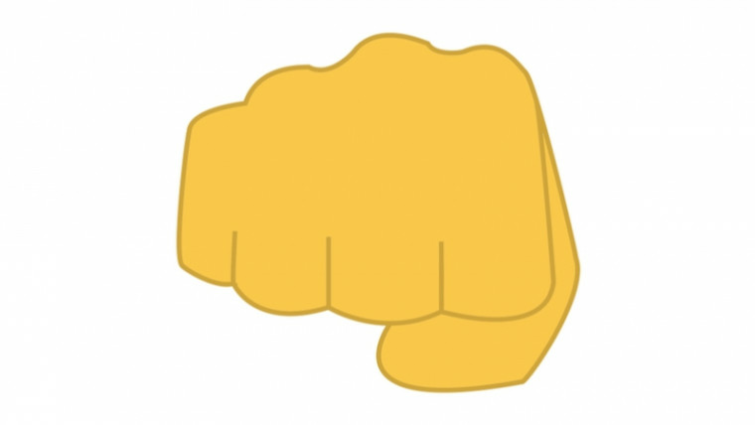 Fans of vlogger Felix “PewDiePie” Kjellberg are becoming increasingly anxious that he will be knocked off his YouTube throne as the platform's most subscribed channel. Indian Bollywood record label T-Series has been gaining on the Swedish star in recent months, causing PewDiePie fans to go to extraordinary and absurd lengths to keep him in the top spot.

Kjellberg’s followers (the so-called “Bro Army”) have been posting flyers, purchasing newspaper ads, ranting on YouTube, and even buying up billboards in their effort to save their leader's place.

Currently, PewDiePie holds a slim lead over T-Series by approximately 134,000 subscribers. The gap is closing though, and the grim prospect of a world where PewDiePie is the second-most subscribed YouTuber, is something his die-hard fans simply cannot bear to imagine.

In arguably the most preposterous stunt to date, Twitter user @TheHackerGiraffe managed to hack into approximately 50,000 internet-connected printers and remotely print out flyers providing urging the recipients to take action in the fight for PewDiePie. The unsolicited printouts were, understandably, met with surprise and bewilderment, especially as many of them ended up in workplaces, including in one reported instance, a police department. Images of the flyers soon began popping up all over Twitter. The message on the printout read in part,

“PewDiePie is in trouble and needs your help to defeat T-Series!” Going on to say, “PewDiePie, the currently most subscribed to channel on YouTube, is at stake of losing his number one position by an Indian company called T-Series, that simply uploads videos of Bollywood trailers and songs.”

The printout then suggests what course of action the recipient should be taking, including unsubscribing to the T-Series YouTube channel, and subscribing to PewDiePie’s YouTube channel, and spreading awareness by telling everyone about the issue. The pièce de résistance of the printed plea comes at the very end though, when TheHackerGiraffe reveals the real purpose of the stunt:

“PROTIP: Your printer is exposed to the internet. Please fix that.”

The light-hearted nature of TheHackerGiraffe’s message is eclipsed by the serious privacy issue it exposes. Most people probably do not think of their internet-connected printer as posing a security risk. This loop-hole is very real though, as explained to The Verge by the hacker, “People underestimate how easy a malicious hacker could have used a vulnerability like this to cause major havoc. Hackers could have stolen files, installed malware, caused physical damage to the printers and even use the printer as a foothold into the inner network. The most horrifying part is: I never considered hacking printers before, the whole learning, downloading and scripting process took no more than 30 minutes.” 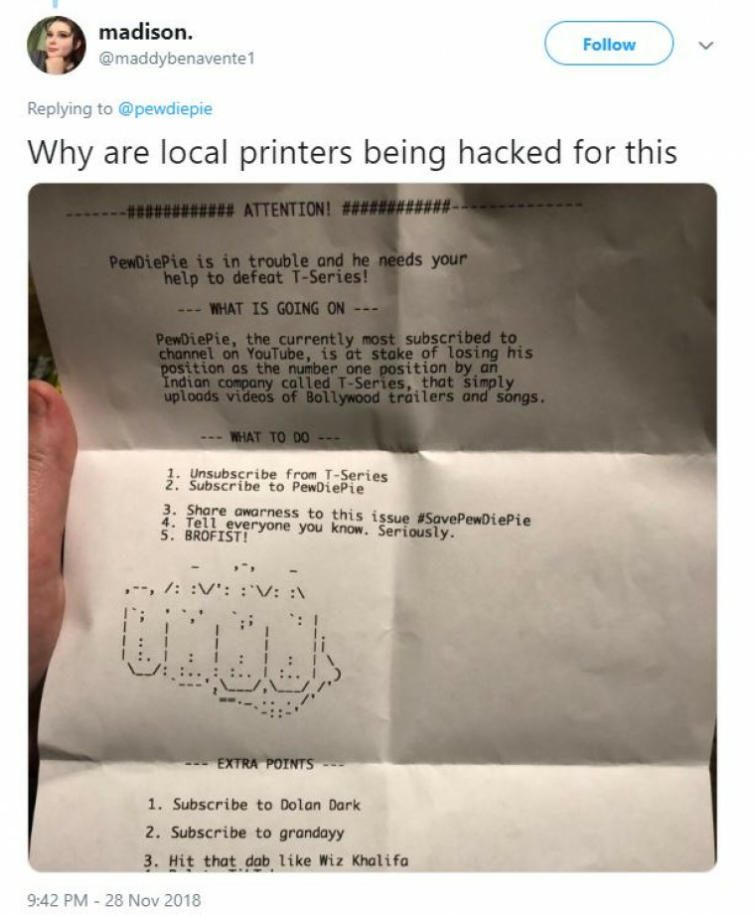 TheHackerGiraffe was able to procure a list of 800,000 vulnerable internet-connected printers with port 9100 open using an internet search engine called Shodan, which searches for internet connected devices. The hacker was then able to run a script that would automatically send the print jobs to the vulnerable printers, remotely printing the notices to their unsuspecting recipients. The hacker chose to run the script to affect only 50,000 of the printers from the list, more than enough to get their point across.

This incident, though undeniably amusing, exposes the reality that in the age of the Internet of Things, no one should ever take for granted the security any of their internet-connected devices. Many of these can be very easily exploited and used against them for malicious purposes. Many of these types of devices still lack the appropriate security criteria that would protect them from being hacked. Luckily, this time the hacker has mischievous intentions at worst and nobody was harmed by the incident. In the end, the recipients of the printouts hopefully got a bit of a laugh out of the experience, as well as some awareness around the perils of leaving an internet-connected device unprotected.