In 2012 it was disclosed that more than 83 million Facebook accounts were fake. The revelation caused the price of Facebook shares to drop under $20. Needless to say that Facebook decided to appease shareholders by buckling down on the use of pseudonyms.

Of course, Facebook would like you to believe that it has only got your best interests at heart. Yet, for people who want to keep their private and business lives at arms length, people suffering from mental health issues, transgender people, professionals who are popularly known by a pseudonym or stage name, Feminists or other groups of activists that are subjected to hate crimes - or people who just prefer to hide their identity for personal privacy reasons - the rule is a source of enormous frustration.

Yes, it is true that there are cases of cybercriminals using illegal, fake and duplicate profiles to defraud people. Fake profiles are used to stalk people, and there have even been cases of hoaxers using fake profiles (appearing to belong to attractive female singletons) to infect the Israeli military with malware. The list goes on.

And, yet, for every story you hear about the dangers of fake Facebook accounts, there is another case concerning somebody with a reasonable and legitimate reason to want to hide their true identity.

All around the globe, people are subjected to the unwanted gaze of secret admirers, ex-lovers, and stalkers. For those people, the ability to enjoy a Facebook conversation with loved ones and friends comes with the risk of being harassed. Of course, anybody can tighten their privacy settings, and, yet, there is nothing as foolproof as hiding behind a completely different alias.

Just last week, Supriya Jain, a female resident in Indore, India, was murdered after being Facebook stalked by an ex-lover. Her ex-lover believed that she was fraternizing too overtly with members of the opposite sex - bringing shame to herself and her community. In reality, Jain had perfectly innocent male friend contacts on Facebook that drove her ex into a psychotic jealous rage.

Sadly, it seems Jain did not realize the danger she was in - and it appears she never actually contemplated using a pseudonym on Facebook. Yet, if she had survived her attack, it seems reasonable to believe that she may have begun wanting to use a fake identity to improve her safety. Under Facebook’s current rules, she wouldn’t have been allowed.

Sadly, stories like these are fairly common. In countries where it is an imprisonable offense to be a member of the LGBT community - and where being exposed as LGBT may result in murder at the hands of a religiously zealous member of the community - a fake Facebook name can be the difference between life and death. Eva Blum-Dumontet a researcher at Privacy International told ProPrivacy.com,

"Anonymity online is particularly important for some groups, including women and LGBTIQ people as it allows for the creation of a space where they can explore their identity while retaining control over who gets to see and know things about them. Anonymity permits boundaries, which are essential when people might not yet be public about their gender or sexual identity and especially in countries where certain identities are criminalized."

Unbelievably, while some people are caught out for using a fake name, other people are actually forced not to use their real name. This is because Facebook uses an algorithm to search for potential fake names.

In the Native American community, it is common for people to have second names that are descriptive. Since enforcing its real name policy, there have been numerous reports of native American individuals with second names such as Brown Eyes and Kills The Enemy, being forced to change their name in order to stay on Facebook.

Even following direct contact with Facebook, and the provision of evidence that this is their real given name; Facebook has often refused to back down and let those people use their real name. Yet, if as Facebook claims:

“Facebook is a community where everyone uses the name they go by in everyday life. This makes it so that you always know who you're connecting with.”

Doesn’t this mean Zuckerberg is actively forcing some members of the social forum to break its own rules? In 2015, various human rights organizations came together to put pressure on Facebook claiming that the real name policy:

"Disregards the circumstances of users in non-western countries, exposes its users to danger, disrespects the identities of its users, and curtails free speech." 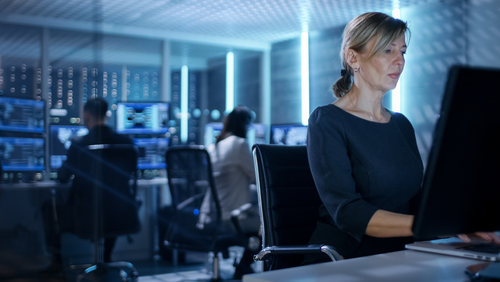 Cops in the Shadows

While it is easy for Facebook to claim that only people with ill-intentions use fake accounts, there is a way to casually counter this argument. In the US, there have been numerous reports of police officers using fake profiles in an attempt to gather information about suspects, activists, and other people of interests. If it happening in the US, you can bet your sweet bippy it’s happening elsewhere.

As it stands, it goes against Facebook rules for cops to use fake accounts to place people under surveillance. This is arguably the only upside to the real name policy. And yet, it is a practice the cops still engage in.

It is my belief that the law needs changing to make it illegal for police to use fake accounts to snoop on people. However, it also seems like a matter that government lawmakers should handle - not Facebook. After all, if cops want to use fake accounts - and it is technically legal for them to do so - should Facebook actually be able to stop them?

It is well known that in countries with harsh political climates, Facebook is used to organize opposition rallies and protests. For people living in totalitarian regimes, expressing dissenting views can be extremely dangerous.

For citizens who have a legitimate reason to spread vital information from within the confines of a government-imposed propaganda bubble - fake names can mean the difference between life and death.

And, remember that when it is dangerous to speak your mind, people tend to self-censor. Thus, Facebook’s real name policy stands to harm a large number of people who have a valuable role to play in improving society. Blum-Dumontet commented:

"Anonymity is often the condition for expressing political opinions but also to blow the whistle. Would the MeToo movement have existed in the same way if every social media account was tied to a real name? " 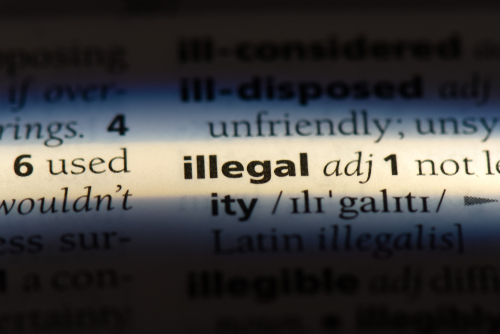 Despite Facebook’s insistence that its policies are designed “to create a safe environment where people can trust and hold one another accountable." The reality is that its real name policy has never been about protecting users. Since its inception, it has always been about profits from advertising revenue, and the dent in its share price that fake accounts caused in 2012.

Now, a German court has ruled that Facebook’s policies are both commercially-motivated and illegal. According to the Federation of German Consumer Organisations (VZBV), Facebook’s insistence on the use of real names is a covert method of obtaining user consent to retains, share, and profit from real name data. This assessment has now been upheld by the regional court in Berlin.

Although it is a small win for digital privacy activists, Facebook intends to appeal the decision. What’s more, even if it is upheld, it is likely that Facebook will only scale back its policies in those regions where it forced to do so.

As as a result, it is easy to conclude that Facebook does not care about people’s safety. In fact, it seems clear that it would prefer to purposely put people at risk in order to persevere with its immoral revenue model.

If you feel strongly about not using Facebook with a real name, we tend to agree that it is a good idea. The less real data you give Facebook about yourself; the harder it is for the social media giant to make money from you.

In addition, it is a well-known fact that many at-risk groups - including children - can vastly benefit from the use of pseudonyms known only to them and their friends and family. Luckily, because Facebook primarily uses an algorithm to search for fake names, it is possible to successfully use a fake name on Facebook without being caught.

Though, of course, if you are discovered (or somebody dobs you in for using a fake name; yes you must choose your friends carefully) you may eventually be forced to revert back to your real birth name. Anybody wishing to use a fake  name on Facebook should follow these simple rules: