Are you one of the overwhelming majority of ordinary Americans who believe in the principals of net neutrality? If so, it's not too late to take action! Watch the all day live stream on Tuesday 11th June and find out how you can show your support!

Tuesday 11 June 2019 marks one year since, against the bipartisan wishes of most US citizens, the FCC’s repeal of net neutrality rules came into effect. The fight to reverse this disastrous day for internet freedom, however, is not over.

This might be our last chance to save net neutrality | EpicLivestream.... 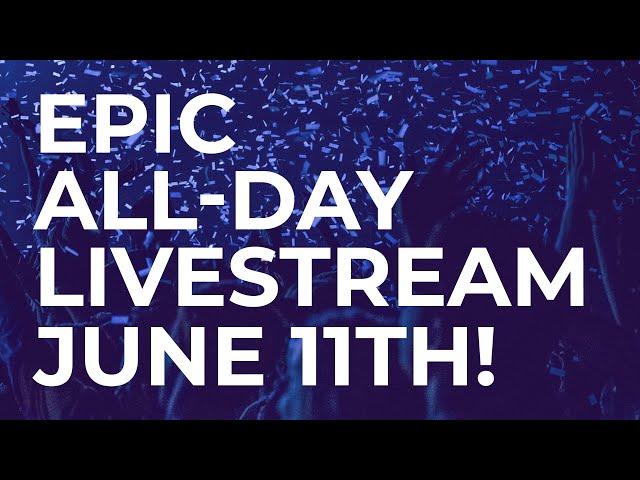 In April this year, the House of Representatives passed the Save the Internet Act 2019, 232 votes to 190. If approved, it will reset the net neutrality rules established in 2015 by the Obama-era Federal Communications Commission (FCC)’s Open Internet Order.

This classifies internet providers as Title II common carriers and places responsibility to enforce strict net neutrality rules firmly in the hands of the FCC.

Senate Majority Leader Mitch McConnell, however, called the bill “dead on arrival in the Senate” and has refused to allow a vote on the Bill in the upper house.

On Tuesday, net neutrality supporters in the Senate will attempt to force the issue using an instrument known as “unanimous consent.” This can be used to bypass the need for a vote if everyone in the Senate simply agrees to support an issue.

Unanimous consent is not going to be easy to achieve. The Senate is sharply divided along partisan lines on this issue, with the anti-net neutrality Republican Party enjoying a robust majority.

Although most Republican Senators are firmly on the side of FCC chairman Ajit Pai’s repeal of net neutrality, the majority of Republican voters are not. The hope is that a groundswell of public pressure will nudge Senators towards backing net neutrality.

Fight for the Future (FFTF) is organizing an online event aimed at putting pressure on the Senate. Scheduled on the day itself – 11 June 2019 – it will be broadcasting an epic livestream of events as they happen. As Evan Greer, Deputy Director of Fight for the Future, explained to ProPrivacy:

"It’s been a year since the FCC’s bought and paid for repeal of net neutrality went into effect. On Tuesday, June 11th, the Internet is biting back. We’re holding an epic, all-day livestream to call on the Senate to take action for the people and reboot net neutrality. Internet users from across the political spectrum are demanding a free and open Internet, and this Tuesday is when we turn the tides to win it back.

The internet is coming together, from small business owners, internet companies, video creators, policy experts, and advocates to tell the Senate: enough is enough. Time to put the Save the Internet Act to a vote and restore a free and open internet.”

FFTF is asking net neutrality supporters everywhere to help in this effort by writing to Congress with their views. All comments will be submitted by hand to Congress, and favorite comments, together with commentary from a range of human rights and digital privacy experts will be broadcast on the livestream.

Here at ProPrivacy we strongly support the principle of net neutrality and encourage readers to contribute their support to this campaign. Check out the Epic Livestream below and let the Senate know your views.