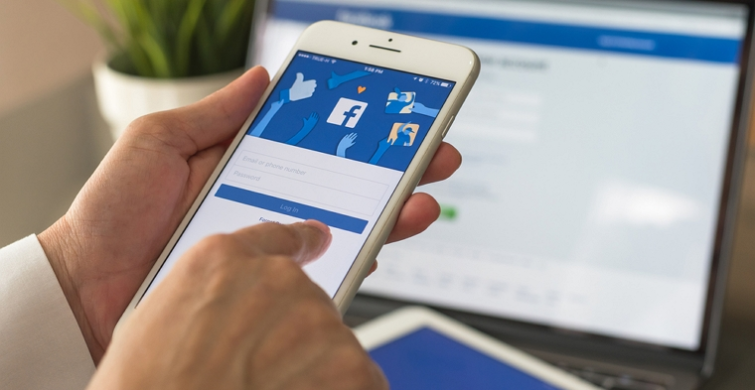 A recent PLOS ONE study suggests that the average Facebook user would require over $1,000 in compensation to deactivate their account for a year.

The findings are hot on the heels of last year’s much-publicized Cambridge Analytica scandal and the damning report by the New York Times. The NYT report revealed how the social media giant shared unprecedented amounts of user data with partner companies. It would appear that despite all this, Facebook users still feel that the benefits and convenience of the platform outweigh the potential security and digital privacy risks.

Researchers conducting the study, including several economists and a social media researcher, were funded by grants from Kenyon College and Michigan State University. The primary aim of the research was to determine what value the social media platform has for consumers, considering the fact that the service is offered free of charge. Researchers conducted a series of auctions in which participants were offered financial compensation for deactivating their Facebook accounts for a period ranging from one day up to one year.

One of the authors of the study, Jay Corrigan, explained the researchers’ thinking in a press release: "We know people must derive tremendous value from Facebook or they wouldn’t spend millions of hours on the site every day. The challenge is how to put a dollar value on a service people don’t pay for.”

The three auctions set up by the researchers focused on two samples of college students from Midwestern universities, one sample of participants from the general community, and one online sample. Researchers found that one sample of student participants’ average bid was over $2,000 to deactivate Facebook for one year, while the average bid in the community sample was just over $1,000 for one year without Facebook.

These findings are certainly telling, and indicate that users place a high financial value on their social media experience, even in the face of scandal and serious personal privacy concerns. Corrigan stated in a comment to CNBC that Facebook is: "so fun and so useful that [they're] willing to set aside their privacy concerns.”

The study shared some incredible statistics showing how popular the social media site is, and just how ingrained the service is in the daily lives of its users: "If Facebook were a country, it would be the world’s largest in terms of population with over 2.20 billion monthly active users, 1.45 billion of whom are active on a daily basis, spending an average of 50 minutes each day on Facebook-owned platforms (e.g., Facebook, Messenger, Instagram). This means that, collectively, its users spend more than 100,000 years on Facebook each day.”

"Despite concerns about loss of relevance due to declining personal posts by users, diminished interest in adoption and use by teens and young adults, claims about potential manipulation of its content for political purposes, and leaks that question the company’s handling of private user data, Facebook remains the top social networking site in the world and the third most visited site on the Internet after Google and YouTube.”

It suggests that Facebook has become such a powerful presence in people's lives that many are willing to overlook the social network’s alleged mishandling of user data in favor of its perceived benefits. The study concludes that "Concerns about data privacy, such as Cambridge Analytica’s alleged problematic handling of users’ private information, which are thought to have been used to influence the 2016 United States presidential election, only underscore the value Facebook’s users must derive from the service. Despite the parade of negative publicity surrounding the Cambridge Analytica revelations in mid-March 2018, Facebook added 70 million users between the end of 2017 and March 31, 2018. This implies the value users derive from the social network more than offsets the privacy concerns.”

This doesn’t necessarily mean that Facebook users are ignorant about privacy concerns, and it doesn’t mean that users should not be vigilant about their personal privacy when using the site. It simply shows that users perceive a certain amount of value from their Facebook experience that exceeds any privacy risks associated with using the platform.

Although the study’s findings are eye-opening, they are not surprising. The social network has successfully embedded itself as an essential part of the everyday lives of billions of people. The reach of Facebook and its various other platforms is monolithic, and increasingly unnerving due to the massive amount of personal data the company handles.

If this story has made you reconsider your own online security, why not take a look at our best VPN services page for more information.