The concept of biometric ID cards has been all the rage in political circles since the 80s when they were proposed to prevent the falsifying of IDs and as a means to more effectively control borders. Since then, governments worldwide have attempted to introduce national biometric ID cards with varying levels of success – due to the inevitable backlash they result in. 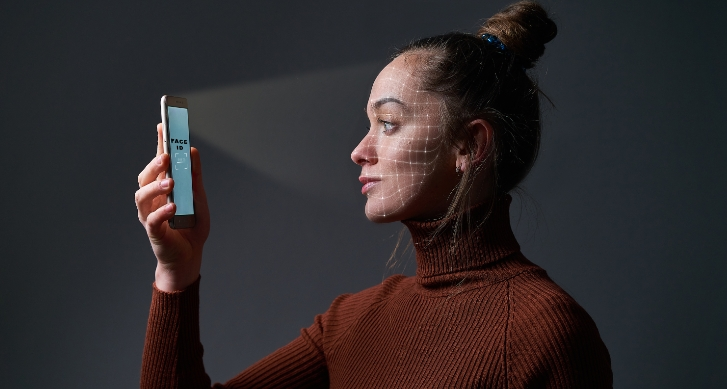 In the UK, the Identity Cards Act 2006 attempted to introduce a national identity card linked to a database known as the National Identity Register. The Act produced the legal provisions for storing up to fifty different categories of information about citizens – including the harvesting of biometrics like fingerprints, digitized facial scans, and iris scans.

Ultimately, attempts to introduce a biometric database in the UK lasted just five years before being scrapped. That said, foreign nationals from outside the EU continue to require an ID card for use as a biometric residence permit, and many believe that it is only a matter of time before the concept rears its ugly head again.

All around the world, similarly controversial biometric schemes continue to be high on the political agenda. In France, the TAJ criminal database is already using biometrics to track people with a criminal record, and the Alicem national identity program is planned to track everybody else.

In Singapore, everybody over the age of 15 is required to have a National Registration Identity Card, and the government is in the process of rolling out the SingPass biometric facial recognition system that citizens will use to gain access to government services.

In Brazil, state-issued identity cards contain fingerprint information, and facial recognition cameras track citizens in public spaces. In Germany, the ePass passport contains a chip that holds a digital photograph and one fingerprint from each hand.

The list of countries that are introducing biometric tracking is growing all the time, and now, the pandemic is providing the perfect circumstances for introducing tracking that could snowball into national identification databases further down the line. This is concerning because ID systems allow for greater levels of surveillance and widespread privacy invasions.

Unfortunately, the ongoing political desire for biometric tracking is a global phenomenon that has seen the rise of biometric passports, biometric border systems, digital welfare programs, e-health systems – and some of the world's largest biometric databases – such as the Aadhaar card database in India. Not to mention, the real-time facial recognition leveraged by police for surveillance.

These kinds of biometric tracking schemes come with risks, not just for the people whose data is present within the system (and the security risks they pose), but also for those who aren't. Identification schemes are known to disenfranchise those who cannot acquire an ID, and they have the potential to lead to discrimination.

They also result in increased monitoring and policing, which carries a risk of profiling that disproportionately affects particular demographics. These types of concerns escalate when a proposed ID scheme has the power to determine a person's eligibility to travel or work – as with immunity passports.

During the pandemic, for example, shortage of testing has resulted in the poorest and most at risk being the least likely to gain proof of immunity, with ethnic minorities disproportionately affected.

The government justifies the concept of an immunity passport as a means to an end. If countries refuse to allow holidaymakers to enter without proof of immunity, for example, it is likely that uptake of biometric immunity passports would be deliberate and consensual. The need to return to work and embolden the economy provides just as much incentive.

In the rush for uptake, however, the average person may not realize that an immunity passport creates mission creep towards the collection of information exploited – not to protect them from potential health concerns – but for the purposes of tracking and profiling.

The primary aim of an immunity passport is to identify people to control and limit their movement. This is directly congruent with the ongoing political will for national ID cards and biometric databases. This causes a slippery slope towards the kinds of surveillance that harbor the potential for discrimination and prejudice.

A quick look at the kinds of companies that are currently in talks with governments to provide immunity passport services reveals that they come from a biometric identification background. Those businesses were promoting the benefits of digital and biometric IDs long before Covid-19, and it is in their interest to promote digitized identification services – and the invasive facial recognition technologies that back them.

This expedited advancement of privacy-invading technologies precipitated by the pandemic has the potential to invoke long-lasting negative societal changes. Elizabeth Renieris, a former adviser at ID2020, resigned from the alliance for this reason – declaring plans for immunity passports "beyond dystopian".

For this reason, immunity passports ought to be challenged – because once biometric tracking is in place and citizens become accustomed, it will become much harder to backtrack and convince authorities to restore previous freedoms and privacy.

As a result, it is vital to consider the underlying justifications used to establish these overreaching surveillance mechanisms – particularly when health experts have cautioned that "there is currently no evidence that people who have recovered from COVID-19 and have antibodies are protected from a second infection".

With a lack of certainty over whether immunity passports would even be effective, everybody should question the motives behind rushing to impose invasive schemes that encroach on human rights, limit freedom of movement, and create centralized databases that carry immense privacy and security risks.