Many people in India are born in rural areas. For those who are born outside of a hospital and don’t have a birth certificate, activities such as getting a bank account, seeking employment, claiming benefits, and getting insurance can be almost impossible. For the government, having large numbers of unregistered people means an inability to effectively collect all due taxes.

Since 2009, India has been steadily working on its solution to the problem. It has been growing the most detailed and invasive biometrics database in the world. That database is called Aadhaar. It requires all Indians to hand over their data for a central database.

In the coming weeks, India's top court will pass a verdict on whether the nation’s Aadhaar biometric identity database is legal. The decision will affect over a billion people who are currently lodged in the system. The verdict has the power to decide whether the people of India have a fundamental right to privacy.

Despite being introduced in 2009, it wasn't until new legislation was passed last year that the scope of the biometric database was suddenly and massively increased. At that time, the Aadhaar (Targeted Delivery of Financial and other Subsidies, benefits and services) Act gave a statutory body called the Unique Identification Authority of India (UIDAI) the right to collect and store data about all Indian citizens.

Since then, the Aadhaar database has been growing quickly. Citizens are required to hand over their photograph, and provide iris and fingerprint scans, in order to access basic necessities. These important amenities include benefits, compensation, legal entitlements, scholarships, and nutrition programs.

In fact, Aadhaar has become so pervasive that it is impossible to avoid. This has brought constant criticism from privacy advocates. Now, the Supreme Court in New Delhi will decide whether the invasive Aadhaar system is legal or whether it should be abolished (or at the very least modified).

Not Likely to Go Away

Unfortunately, the draconian system has been referred to as “too big to fail.” It is the largest and most invasive database of its kind anywhere in the world. Aadhaar currently holds the biometrics of 1.154 billion citizens. Due to the length of time that it has been around, and the forceful manner in which the government has been rolling it out since last March, it seems unlikely that the Aadhaar system will suddenly be stopped in its tracks. 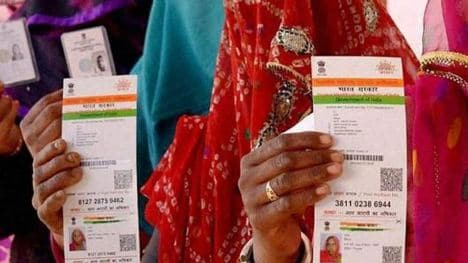 Aadhaar Card - How Does It Work?

The Aadhaar database allocates every Indian citizen a unique 12 digit code. Attached to that code is a vast repository of data about the citizen. That data is held centrally by the UIDAI. In the database are names, addresses, phone numbers and other personal details.

Perhaps most concerning of all, however, is that over the last seven years the database has slowly been aggregating the fingerprint, iris, and facial scans of over a billion citizens. Those scans have been accumulated with the help of tech giants such as Microsoft and Samsung, who have actively been altering their products in order to comply with India’s Aadhaar system.

Under Prime Minister Narendra Modi, the adoption of the Aadhaar system has become a day-to-day necessity. It is used when filing tax returns, as proof of identity for buying a phone, as a necessity for getting utilities connected, and even when conducting financial transactions online. 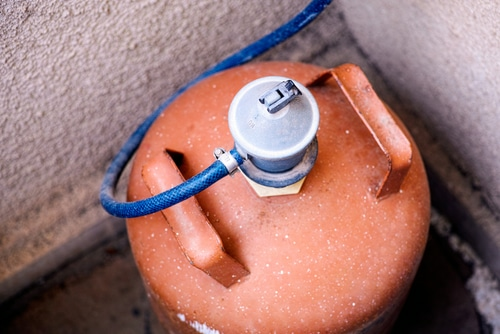 It doesn’t stop there. The use of an Aadhaar identity is now mandatory for impoverished women who want to take part in the 'Ujjwala' welfare program. That scheme was introduced in May of 2016. It helps women who fall below the poverty line to get gas connections for their homes.

Since Ujjwala was introduced, it has provided free liquefied gas petroleum connections to 20 million women’s homes. All of those women have fallen victim to the biometric database. The aim is to help 50 million families within three years. This will allow Modi’s  government to plug the holes in its database (which consist mainly of people living in the most rural and remote areas).

What’s more, if the UIDAI has its way, in the next year the Aadhaar card will also become mandatory for booking railway and other travel tickets online. With that in mind, it is easy to see just how pervasive Aadhaar has become and why so many people are against it.

Aadhaar is truly terrifying, which is why people like Rajeev Chandrasekhar - an Indian legislator and entrepreneur - are fighting against the oppressive system in the New Delhi court. Chandrasekhar’s attorney, Sajan Poovayya, has gone on the record expressing her client's distaste at the way that technology is being used to gather biometric data about Indian citizens:

"My surrender of a fingerprint to unlock my iPhone is not for anything else except opening my iPhone." 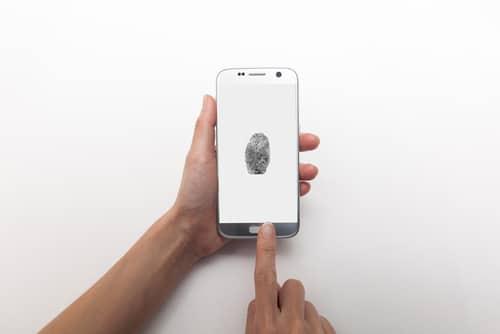 That quote alone is enough to send a shiver down your spine. It highlights the profoundly underhanded Orwellian methods being used by the Indian government to collect biometric data.

So far, during the course of the case, lawyers have pointed out that people willingly hand over their data to private corporations such as Facebook. According to those government attorneys, if people are willing to let private firms know so much about them, allowing the government to have their data shouldn’t be a concern. After all, they argue, the government only wants that data to help Indian citizens.

In fact, according to the Indian government’s attorneys, privacy shouldn’t even be considered a fundamental right. Their position is that the Aadhaar system reduces welfare fraud and improves social inclusion. In addition, they claim it helps with national security (and if it doesn’t now, then it definitely will when it is integrated with the Crime and Criminal Tracking Network Systems in the near future).

It is true that Aadhaar can be an advantage for those born outside of hospital who don't have a birth certificate. Thus there can be no real argument against allowing people to voluntarily take on an Aadhaar identity card.

There are claims  that India has “made the largest technological breakthrough of any nation in living memory.” However, according to the Electronic Frontier Foundation (EFF), making Aadhaar mandatory for more than 50 services means the system is just as likely to deny people's statutory rights as it is to provide opportunity.

In addition, the government can use Aadhaar to cross reference information it already holds, such as people’s driving licenses, ration cards, and financial histories. This makes Aadhaar by far the world’s most invasive surveillance tool. 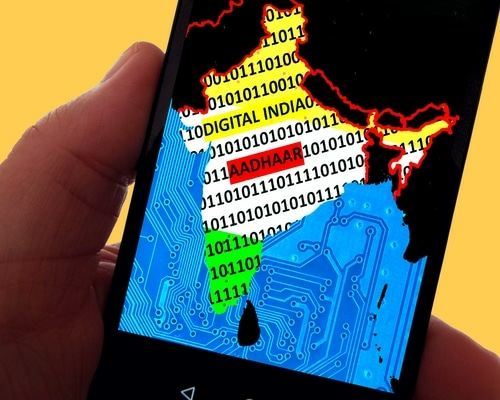 Previous hacks (such as the OPM hack in the US) demonstrate just how dangerous these kinds of databases are. The opportunity for identity thieves is enormous. It has already been proven that it is possible to hack an iris scanner with a photo and a contact lens.

With that in mind, India’s system is bound to come under fire from cybercriminals, and possibly even foreign states. In fact, there have already been reports of a leak involving 130 million people’s Aadhaar data.

As such, I wouldn’t be surprised to see that a billion people’s sensitive data was being sold on the dark web at some point in the future. Bear in mind that India accounts for 17.2% of the entire world’s population, and you get an idea of the scope of the problem.

The court case continues this week, with a verdict expected within the next fortnight.