In the UK, 4.3 million homes subscribe to Amazon Prime Video. Netflix enjoys an even bigger user base, with 8.2m subscribers in total. These are enormous numbers, and traditional British broadcasters are beginning to worry that they could get left behind. 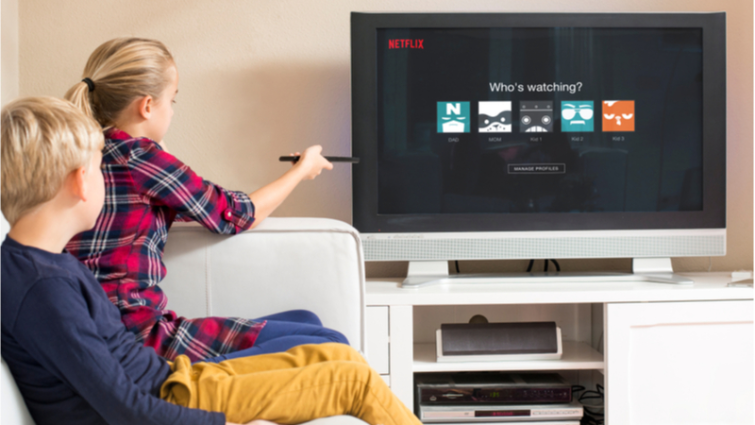 The BBC has admitted that youngsters between the ages of  16 to 24 spend more time viewing Netflix each week than they do consuming BBC content - both via their TV and iPlayer combined. This will be a bitter pill for Auntie Beeb to swallow, as it has always cornered the British TV and Radio markets.

The main problem for the aging British broadcasters is that the new kids on the block have capitalized on a booming subscription model by investing heavily in brand new programming. That creative explosion is hitting them hard because it provides exactly what consumers want.

And it isn’t just TV. The BBC has confirmed that young people are also abandoning its radio stations in favor of streaming services like Spotify and iTunes.

A source with information about the ongoing talks told the Guardian that UK broadcasters are intent on setting up a service that permits them to stay relevant.

“All options are open, they are early conversations and no direction is firm yet. But they know a video-on-demand platform play would be a true defence for the UK creative industries.”

Something must be done

Tony Hall, the director general of the BBC, recently commented that unless it pulls its socks up “the global media landscape is going to be dominated by four, perhaps five, businesses on the west coast of America in the years to come.”

This seems like a reasonable prognosis. After all, consumers don’t want to be spoon-fed programming anymore - instead, they prefer to consume content as and when they want.

This isn’t the first time that the  BBC, ITV, and Channel 4 have explored the possibility of a joint venture.

Back in 2007, the UK’s three biggest broadcasters planned to launch an online service called Kangaroo. That venture, which was described as “groundbreaking,” would have created revenue by allowing consumers to pay to watch catch up TV outside of an initial 7-day window.

"After detailed and careful consideration, we have decided that this joint venture would be too much of a threat to competition in this developing market and has to be stopped."

A source close to the BBC told the Guardian that the new streaming service appears to be “a bit of a dusting off of Kangaroo, which was a good idea that should never have been blocked.”

Since Kangaroo was originally proposed, a lot has changed. ITV Hub and All 4 have worked hard to carve out a place for themselves in the digital market, and they are both enjoying reasonable success.

According to sources, the BBC is keen to retain iPlayer as a master brand in the new project - but this seems unlikely to be agreeable to the other broadcasters.

Traditionally, video content has been licensed to specific regions on a case by case basis. This has led to the widespread use of geo-restrictions. VPN technology, which permits people to pretend to be in a different country, is quickly rendering geo-restrictions redundant. For example, by using a VPN Netflix subscribers are able to access Netflix content previously blocked in their region. This is becoming more popular.

By producing Netflix Originals and purchasing content outright for its service, Netflix is able to offer content across all markets at once. Now we are seeing the same from the likes of Amazon and Hulu.

This new form of global content distribution is directly threatening the BBC’s funding model. In the UK, any household watching or recording live television transmissions as they are being broadcast is required to hold a television license.

It’s unlikely that the BBC would ever give up its golden egg (mandatory license fees), but with a new generation of consumers happy to forego live television, the Beeb could be laying the groundwork for a subscription-based TV service that is available not only in the UK, but worldwide.