Virtual Private Servers, often acronymized to VPS, are a type of server you may have encountered if you've recently been shopping for a VPN or looking into creating or scaling up a website.

This guide will help you better understand exactly how virtual private servers is, how they work, and why they're so useful to so many individuals and businesses.

What is a server?

Before understanding what a VPS is, you should know what a server is. A server is a device that responds to requests and provides information to other machines on a network (which are referred to as clients).

Traditionally, servers have been constructed as physical devices that house enough processing power to respond to requests from multiple clients. This happens every time you make a request from Google to visit a website.

A dedicated server is a server with only one 'tenant' on it, which is just another word for the organization using (or 'living' in) the server. In a dedicated physical server, all the resources and processing power available are dedicated to that tenant.

What is a VPS?

However, physical servers are no longer the only type of server available – there are also VPS, or 'Virtual Private Servers'. A VPS is a virtual machine, meaning it has all the characteristics of a dedicated physical server, but can be run on a physical server with multiple other VPS. 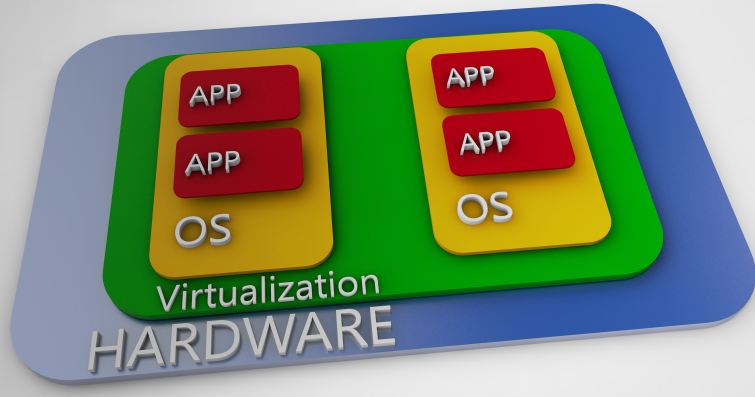 As you can see in the picture above, each VPS (yellow) on a physical server has its own operating system (OS) and can run its own apps separately to another VPS whilst they are both supported by the same hardware base.

Each VPS is allocated a portion of the processing power and memory and has its own settings and files, with servers divided using hypervisor software.

What is a Virtual Private Server used for?

Virtual private servers are useful because using one server to serve multiple different entities or organizations is incredibly resource-efficient compared to the dedicated alternative.

For many smaller businesses, a dedicated server is too pricey and a virtual server provides many of the same services

A lot of organizations choose to use virtual private servers simply because it is much cheaper than running your own dedicated server. Any company or entity can be one of many renters on a single server, and resources can even be divided based on how much each VPS owner with a stake in the physical server is paying.

It can also be used to test web applications and custom server setups, for which it would be way too expensive to invest in a dedicated server. Also, although not every hosting provider will allow you to do this, some people use a VPS to store files when cloud storage is too expensive.

Why does anyone use dedicated servers?

Although it's true to say a VPS can do many things a dedicated server can do – and also that a VPS is significantly cheaper than dedicated, physical servers – there are reasons not everyone has transitioned to a wholly virtual experience.

Dedicated servers do provide the best speeds. The owner of the server can utilize the processing power from the full hardware stack instead of having to share or divide it between multiple different entities.

Another advantage is the physical isolation afforded to the owner of a dedicated server – it massively decreases the risk of security breaches. The hypervisor software layer used to divvy up resources to different VPS clients, for example, can be prone to escalation attacks. For large companies processing a lot of data, a dedicated server would probably be the best bet.

Just like a VPS, shared hosting is cheaper than investing in a dedicated server, so maybe a more financially viable option for a small business. However, advantages of VPS over shared hosting include:

However, if you're not very techy, shared hosting could be the better option – you don't have to configure your own server as you do with VPS. If you did so and did it wrong, you could be opening yourself up to the security vulnerabilities you chose a VPS specifically to avoid.

This is a comparatively new type of hosting service that is quite different from both shared hosting and VPS hosting. Confusingly, some websites define virtual private servers as a form of cloud hosting, but in the present sense, they refer to two distinctly different categories of server hosting.

Cloud hosting allows you to spread your data and information you need hosted somewhere – be that for a website, app, or something else – across a number of interconnected servers all over the world.

This actually means you often have more system resources than you could feasibly use, so your setup can be hyper-customized to suit your needs. It also means, to return to the website example, that your site will still be accessible even if a physical server goes down.

However, it's generally considered to be a bit more expensive than VPS hosting – so much like a dedicated server, if a VPS can give you everything you need, there's no need to overcomplicate things.

VPS vs VPN: what's the link?

VPN companies advertise their fleets of thousands of servers to prospective customers – the more servers, the better your speeds will likely be and the more geo-restricted content you'll be able to unlock.

Some VPN companies, however, use virtual servers to expand their geographical coverage without having to own a physical server in every location or rent a 'bare metal' one, which would mean they're the only tenant on it.

This allows network providers to forge connections through servers they co-rent with other entities. The main reason for this is set up and maintenance prices – buying or renting thousands of 'bare metal' servers would cost a huge amount.

So, they end up sharing physical servers with other businesses, but it could very well be another VPN provider having exactly the same idea. Check out what is a VPN guide for more information about these services.

If you've never heard of a virtual private server before – or have only seen it pop up as an acronym – then hopefully this guide will have given you a basic understanding of exactly what they're used for.

More and more uses for virtual private servers are being discovered every day;  now, you can even use them to set up your own, customizable VPN.