It is nearly time for the most anticipated women’s sporting competition on earth; the FIFA Women’s World Cup. Find out how you can Stream the opening ceremony - to the moment the last whistle gets blown. 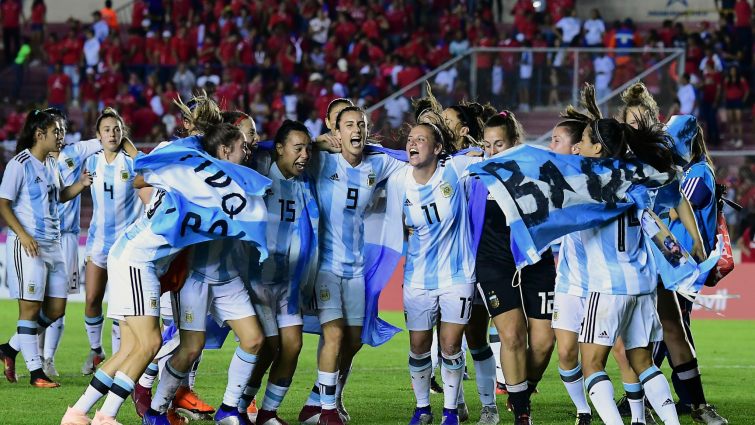 See the step-by-step guide below to find out how to stream all the action from the womens World Cup 2019 without cable.

If you want to unblock a Women’s World Cup stream online all you need is a VPN. A VPN allows you to pretend to be in a different country so you can watch the match on your chosen stream. Using a VPN to watch the Womens World Cup is extremely easy, just follow these simple steps:

The world cup is not showing in many places around the world. However, with a VPN you can unblock a number of different online broadcasts…

SBS share the rights to broadcast the tournament in Australia with Optus Sport (you will need a subscription to Optus sport to stream). SBS will be showing 12 games for free online, all you need to do is connect to a VPN server in Australia.

When is the Women’s World Cup?

The eighth edition of the Women’s World Cup is being hosted in France, where it will be played in nine different stadiums across the nation.

Who is the favorite to win the Women’s World Cup?

The current favorite with the bookies to win this year’s FIFA World Cup is America. The US edges out the other teams with odds of 7-4.

The second favorite is the host France with odds of 7-2, with Germany and England trailing in third and fourth.

With the US expected to win, this Summer's competition is expected to draw large audiences from the USA. So, if you live in the US and want to watch the soccer for free; be sure to use a VPN to stream it on the UK’s iPlayer.

Fewer broadcasters show the Women’s edition of the FIFA World Cup. This can be extremely frustrating for soccer fans desperate to watch their team compete.

If like us, you are itching to see your nation’s team compete in this superb sporting event, we strongly recommend that you subscribe to a VPN.

NordVPN has servers located all over the world, including the UK. That means you can easily unblock BBC iPlayer to watch the 2019 FIFA Women’s World Cup matches throughout the Tournament.