UK Internet Service Providers (ISPs) have been told that they must stop advertising internet connection speeds using the terminology “up to.” In what is being heralded as a win for British consumers, the UK’s Advertising Standards Authority (ASA) has decided that ISPs will instead have to advertise their ‘average’ speeds.

The new guidelines will kick in on 23 May 2018. At that time, British consumers will no longer be falsely sold internet plans that claim to be “up to” 50 Mbps - when they actually average around 35 Mbps (for example). The guidelines will ensure that consumers know what they are getting before they buy their broadband subscription.

How It Will Work

From May, broadband providers will need to advertise the connection speeds that can be achieved by at least 50% of their nationwide consumers during peak hours. This will help to iron out a common problem for UK internet users: namely, that internet speeds vary greatly not only between different locations but also at different times of the day.

The new method of quoting internet speed will likely have a dramatic effect on the information that consumers are given in advance of purchasing internet subscriptions. Shahriar Coupal, Director of the Committees of Advertising Practice, made the following comment regarding the ASA’s decision:

“There are a lot of factors that affect the broadband speed a customer is going to get in their own home – from technology to geography, to how a household uses broadband.

“While we know these factors mean some people will get significantly slower speeds than others, when it comes to broadband ads, our new standards will give consumers a better understanding of the broadband speeds offered by different providers when deciding to switch providers.” 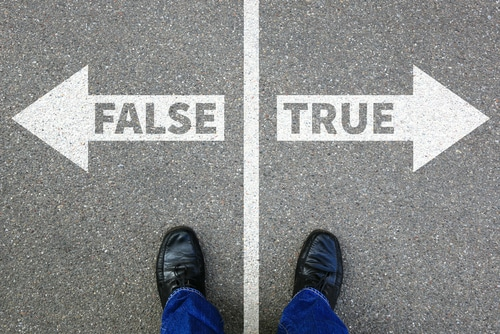 Up until now, ISPs have been allowed to advertise ‘up to’ speeds that only 10% of consumers can actually achieve. This means that, for 90% of British consumers, their internet connection speed always seems to be something to complain about.

Guy Mitchell from the UK firm Solicitors Own Software remotely supports computers for a living. Mitchell knows all too well that people in the UK often suffer from poorer internet speeds than advertised:

“Having to liaise with customers on a daily basis and remotely take over their computers gives me a unique insight into the problem. There is no doubt about it, consumers in the UK get highly varying internet speeds, and many people believe they have been mis-sold by their Internet Service Provider. The problem is that it doesn’t matter who you go with, they all falsely claim to be faster than they actually are”.

Sadly for British consumers, despite the fact that ISPs are currently being total cowboys about the way that they advertise broadband, the new guidelines won't come into effect for six months. Writing for Telecoms.com, Jamie Davies aptly points out that:

“You have to question why the advertisers need a six month window to get used to the rules. If the government changed the speed limit on the motorway tomorrow, we would still have to abide by the rules from tomorrow.”

Perhaps even more worrying, however, is the fact that these guidelines will remain just that: a guide. No actual regulations have been created that explicitly force ISPs to stop using the term ‘up to.’ As such, we will have to wait and see whether these guidelines actually have any impact on ISPs in practice.

The good news is that last time the ASA provided guidelines (for ISPs to begin including line rental in their broadband prices), the UK's ISPs did heed the advice.

Perhaps slightly confusingly, Ofcom, the UK's media and telecoms regulator, has also recently conducted a review of broadband speeds. A consultation that it published in October, called "Broadband Speeds Codes of Practice," says the following:

"Ofcom already has codes of practice on broadband speeds for residential and business customers, which require signatories to provide consumers with estimates of the speeds they are likely to receive at the point of sale. In addition, they give customers the right to exit their contracts, without penalty, if their speed falls below a minimum level.

We are proposing to strengthen the current codes to improve speed estimates provided at the point of sale, after sale and in customer contracts and to enhance customers’ right to exit. These changes would also ensure the codes apply to all technologies used to deliver broadband."

It is not yet understood how the two different methodologies might fit together. However, the fact that ISPs are being told two different things certainly seems to give them a little bit of unnecessary wiggle room. 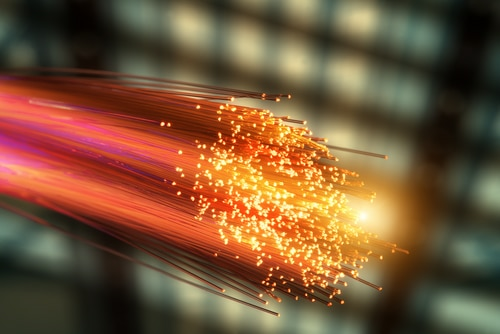 In addition to the new guidelines, the ASA is in the process of conducting research about how the term “fiber” is used in advertising. So far, it hasn't come up with any concrete decisions about how ISPs might be misusing the term. However, the preliminary findings are interesting.

According to the ASA’s research, consumers tend to believe that fiber is a “generic buzzword to describe speeds within advertising.” What’s more, consumers don’t seem to have any real understanding of what fiber is - or why it might be a “differentiating factor” when purchasing a broadband service.

Sadly, the same research concludes that consumers don’t appear to care about whether broadband is full-fiber or part-fiber, even after they have been educated about the difference.

One would hope that the ASA will rule that ISPs must be more clear about the types of fiber that are available, instead of just labeling them all "fiber". However, it almost seems like the ASA has decided that because consumers don't seem to care about the information, they don't deserve to know. This seems ludicrous. Surely the ASA should ensure that exaggeration and false advertising aren't occurring - no matter how badly educated the British public may be.