With each passing moment, Virtual Reality tech is edging us closer to Ready Player One. The success of Facebook’s low-cost standalone Quest 2 headset has quickly begun to carve out mainstream acceptance of VR, and there is a growing amount of next-generation VR technology now emerging onto the market.

Those technologies are designed to permit consumers to have immersive virtual experiences. However, they also produce a whole new spectrum of privacy concerns because of the potential for tracking they create. 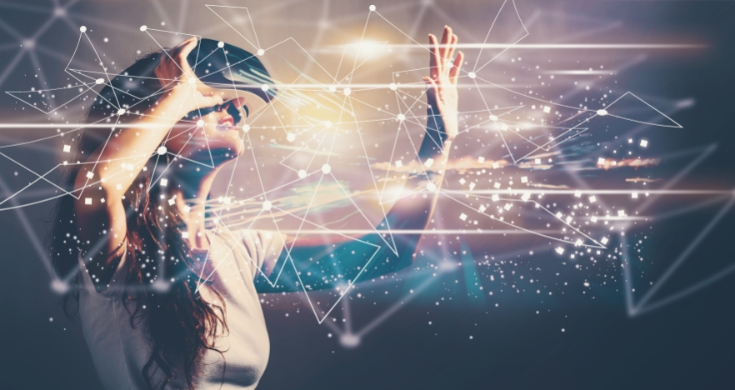 Ever since Facebook acquired Oculus in 2014, privacy experts have warned that it has more to do with data, than gaming. At its heart, Facebook is a data-driven marketing company, and, by bringing social media into VR it hopes to carve out a lucrative niche. It is a cunning plan.

VR promises to deliver the next generation of internet-powered social experiences, and, by leading the way, Facebook is preparing to move out of static web-based social media and into full-blown, life-imitating virtual interaction – all under its watchful eye.

Ultimately, how people interact with Virtual Reality is the driving force behind the interest in it – not just from Facebook – but from tech companies like HTC, Sony, Samsung, Microsoft, and an ever-increasing number of VR and AR startups.

Now, newly emerging VR technology is helping to shed light on why tech companies are so excited about the prospect of tracking people in VR.

Last week, HTC released a new set of sensors for its Vive Virtual Reality headsets. Those units are designed to better track body movements, to permit for seamless interaction within a virtual environment. In addition, the sensors provide for lip movement, eye-tracking, and facial tracking capable of sensing 38 distinct facial movements. 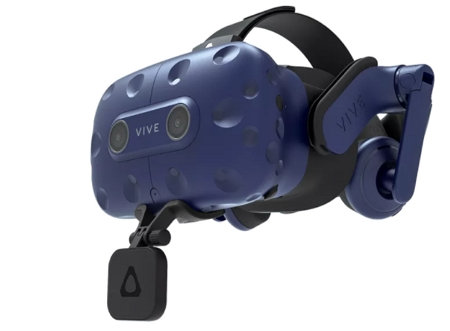 This kind of technology is designed to permit users to interact better with their surroundings – allowing their real lips to synchronize with virtual lips and permitting their face to express environmental and emotional information to their VR friends. These types of advances promise lifelike immersion and the potential for social experiences that can compete with their real-life counterparts.

For people who have yet to try Virtual Reality, the idea that a virtual experience could equal or surpass a genuine experience remains extremely alien. For the thousands of people logging in to VR Chat and Population One each day, this concept is not just understood – it has been completely assimilated.

For consumers still on the outside, skepticism will ultimately fail to protect them against the revolution that’s already underway. The cat is already out of the proverbial bag – and whether you like it or not – VR is coming for you.

The problem with this isn't the exciting experience that VR provides – but rather the loss of privacy and potential for tracking it results in.

When Facebook released its Quest 2 headset at the end of last year, the social media giant made it compulsory to connect the hardware to a Facebook account. Mandatory identification of this kind creates huge ethical concerns surrounding tracking and privacy. Should a company really be able to dictate how a consumer chooses to use their hardware?

According to Facebook, the answer is yes. The tech giant feels that consumers should provide it with data both through interaction with the VR headset and through forced acceptance of its real name policy.

This gives the social media giant the ability to not only collect information about VR users and their homes (the headset has microphones and cameras on the outside that theoretically allows it to snoop on your furniture and family); but also to attribute all that data.

Face tracking technologies like the ones developed by HTC, Valve, and Facebook Reality Labs, only add to these privacy woes. When partnered with AI algorithms, face tracking can be exploited to track people’s emotional and physical states. As a result, algorithms can use VR sensors to extrapolate accurate secondary inferences, including health-related information. 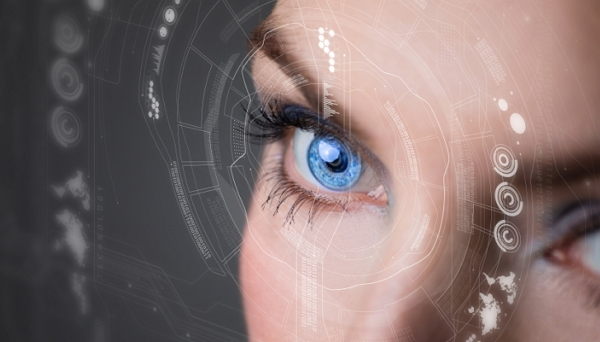 What happens in VR stays in VR – or does it?

If, for example, eye-tracking technology notices that you can't help looking at smartwatch ads, but never show interest in vegan food, it is likely that your experiences – both inside and outside of VR headsets – would soon be targetted with ads for smartwatches and burgers.

While it might be easy for users to compartmentalize between virtual and real-life experiences, the unfortunate reality is that the biometric and environmental data harvested by VR headsets will be exploited in ways that cause ramifications in real life.

Biometric information is not something that can be updated or cancelled like a password or credit card, and it allows individuals to be tracked anywhere – potentially for the rest of their lives.

This raises serious privacy and data security concerns, particularly if the data about people and their homes is shared with third parties, and perhaps even government agencies.

The only way to combat virtual reality's underlying ability to harvest user information is for legislators to set legal restrictions on the collection and use of data from VR devices and sensors.

This must include strict consent for the collection and processing of data, with transparency over how data is used and limitations that prevent data from being exploited for anything other than core functions.

Governments must use privacy regulations to force developers to use encryption to secure all sensitive user data. And to ensure that the data remains on local devices and is either not stored– or deleted as soon as possible.

Laws that regulate the collection and processing of data acquired in VR must be passed quickly, to ensure that the VR industry is forced to commit to the principles of privacy by design, security, transparency, and data minimization.

Failure to pass these protections will result in a repetition of the kinds of privacy abuses, data breaches, and data leaks we experienced in the previous cycle, but potentially on a much more invasive level.

Ultimately, it is hard to argue against the benefits of face tracking for optimizing virtual social experiences. That said, there is no justification for companies to be permitted to exploit those features for mass surveillance.