The tool – which would have monitored and scored individual employees – faced considerable backlash from privacy advocates.

Microsoft has announced that it has reviewed privacy concerns and criticisms regarding its Productivity Score feature, and will be making key changes to the tool.

Productivity Score was first made available in October earlier this year and was originally touted as a means to help company administrators and managers understand how workers are utilizing new technologies. However, the tool collected worker data to do so, and calculated a score for individual users (out of 100).

A number of factors influenced this score; communication, teamwork, content collaboration, as well as network connectivity and endpoint analytics. The tool would also display how much time an employee had spent "working".

As you might imagine, Productivity Score was not well received. Privacy advocates, like Cracked Labs researcher Wolfie Christl, took to social media to decry the tool, and voice concerns that Microsoft 365 had now been turned into a "full-fledged workplace surveillance tool".

"Esoteric metrics based on analyzing extensive data about employee activities has been mostly the domain of fringe software vendors. Now it's built into MS 365. 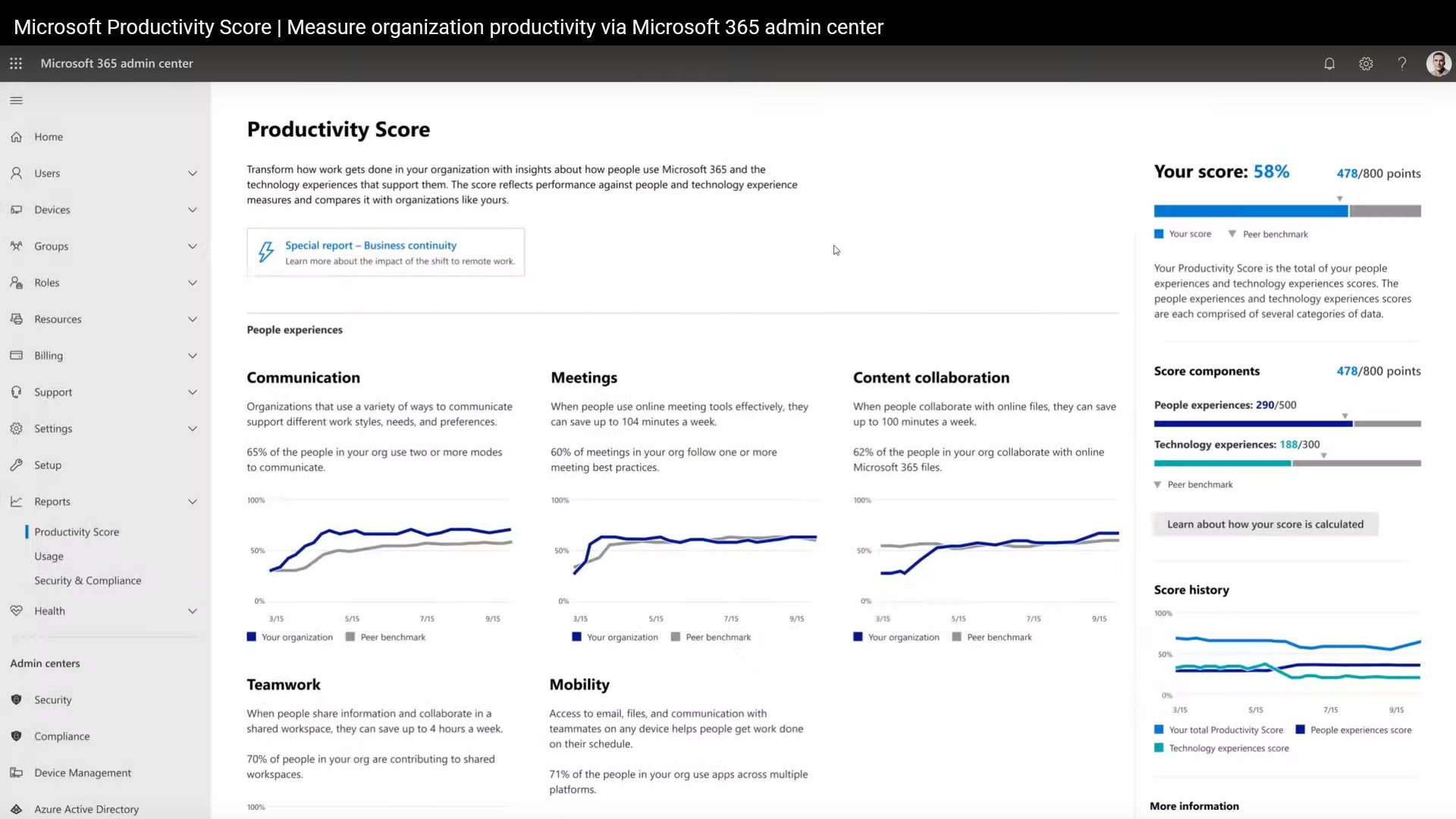 Concerns were raised about usernames being used to snoop on employees, as they could be used to analyze workers on an individual level.

A manager – with the help of Productivity Score – could see an individual's activity within the last 28 days, including how many times they had sent emails and used chats. Although these insights could be toggled off, they were enabled and viewable by default.

In addition, the tool would reportedly only track a worker's productivity. This meant any passive downtime taken to read, review work, or undertake research would be deemed "unproductive", and detract from an individual's overall score. The repercussions of this ripple effect are plain and potentially dire – if management chose to review employee performance based on their Productivity Score data, the individual could lose their job, and would almost certainly feel stung by a significant power imbalance.

Fortunately, Microsoft has acted swiftly to address the bulk of these concerns, and outlined two major upcoming changes to the Productivity Score tool in a blog post.

It's also worth noting that there are three measures included in Productivity Score that do not use usernames – Microsoft 365 App health, network connectivity and endpoint. Spataro cites that these measures instead use "device-level identifiers" that assist with IT troubleshooting, providing tech support, and reducing desk tickets and disruptions.