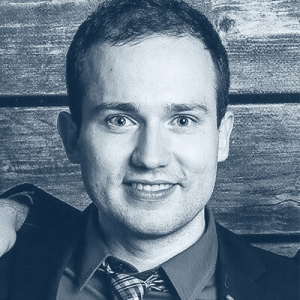 VoIP (or Voice over Internet Protocol) is a technology and method for voice communication. At the core, VoIP is essentially a telephone service over the internet. It was made popular by services such as Skype, Viber, and US residential VoIP provider Vonage.

VoIP services are blocked in some countries, with Saudi Arabia being the most prominent example (the telecom industry regulator of the country, CITC, actively bans VoIP services). VoIP services are also regularly banned in the UAE and Oman, while other countries in the Middle East and Asia are also known for restricting VoIP access. You will need a VPN to change your location and access VoIP services (such as Skype) when in these countries. It is very important that you are careful when using a VPN in UAE or Oman.

You might also need a VPN if you are sharing work-related information with someone else over a VoIP call. Just like any internet-connected service or device, the threat of hackers intercepting your data and Skype calls is a real danger. A VPN will encrypt your VoIP calls, making it much more difficult for someone to listen in.

So, regardless of the reason, you need a VPN for VoIP services. You've come to the right place! Let me give you my top five VPN picks specifically with VoIP in mind.

Where Are VoIP Services Banned?

Let's take a look at some of the countries where some popular VoIP services are banned.

Using a VPN to Make a Free Call

There is a lot of chatter around the internet about making free VoIP calls using a VPN. Unfortunately, since Skype's only form of revenue is by selling credits to call actual phone numbers, free calls with a VPN are not possible.

That being said, getting significantly cheaper calling rates with a VPN can be done. Skype calling rates from the US are much more affordable, and all that is required is a US IP address to get cheaper rates. Simply connect to a US VPN server and log in to Skype, and your new calling rates should be shown!

Online gaming is constantly growing, with games like Battlefield, Counter-Strike, and League of Legends dominating the scene. These games are notable for being very team-oriented and in some cases requiring voice chat communication with teammates. Unfortunately, some countries and governments do block VoIP services, even for online games!

By using a VPN, you can pass over these silly blocks on VoIP and communicate freely with your teammates in an online game. Simply choose one of the VPNs I've mentioned above and connect to a VPN server that is closest to you (but in a country where VoIP isn't blocked). While connected, just start the game and team voice chat should be unblocked!

You can see an example of this in action in a recent piece I've done for unblocking Overwatch voice chat.

VPN and VoIP: Keep This in Mind

It wouldn't be fair not to mention that there is one significant drawback to using a VPN with VoIP services: speed. With all of your data being encrypted, you will experience some speed loss when connected to a VPN.

The best way to minimize speed loss is by connecting to a high-quality VPN service (such as the ones I've mentioned above!) as well as connecting to a server that is close to your actual location.