Want to watch all eleven seasons of Frasier whenever you want? Of course, you do... but the show is only available on Netflix in the US. Fortunately, UK users aren’t completely out of luck, as ProPrivacy can teach you a little trick using a Virtual Private Network (VPN).

VPNs allow you to change your server location to appear as if you're anywhere in the world at just the click of a button! This means you can access services that are locked to that location with ease. Since Netflix has almost double the content in the US, why not get more for your money?

YES! Back in 2014, Netflix put a clause in its Terms of Service (ToS) that informs subscribers that they can be cut off if they are caught unblocking content with a VPN. While it is completely normal for this to put off some Netflix subscribers from using a VPN, the other side of the coin is that Netflix has not actually begun cutting people off for VPN use. So what gives?

The most likely explanation for the lack of bans is that singling out valuable customers – who pay to watch Netflix – would actually work contrary to the interests of shareholders.

Most folks believe the extra clause was put in the ToS to placate the Hollywood production houses, which produce and license the majority of content we see on Netflix. Prices for movies and televisions shows are negotiated per region and if the likes of Sky UK pay more for the rights to air something in Britain than Netflix is willing to, studios certainly have a reason to oppose geo-blocking.

So, what does this all mean? Even though Netflix retains the right to ban people that use a VPN, it remains terribly improbable that the company will ever start cutting off users en masse for VPN use. Instead, Netflix continues to play whack-a-mole by blocking VPN services themselves, attempting to cut the problem at its source.

Not all about the US!

While attention is drawn to Netflix in the US with its vast amount of content, different regions have access to varying content and can all be unblocked with a VPN. For instance, American Samoa and Puerto Rico have catalogs incredibly similar to the US, while Spain and Hong Kong get distinctly less content.

As you are starting to realize, there are plenty of locations to spoof your IP address to in order to access a larger Netflix library. Simply choose any of our top 5 VPN providers to be able to take advantage of the many options that are available to you across the world. Of course, it is worth checking the individual server list for each VPN on their website to ensure that the location you desire is available, should anything other than the US be a priority for you.

Needless to say that another essential factor when streaming in HD is a fast Internet connection. While it is true that VPNs can slow down Internet connection speeds a little, the providers we have chosen are there because they only impact data traffic speeds a very small amount.

Do I need to do anything else?

Absolutely not. Although some readers express concern that they need more than a VPN to access the US Netflix, this is completely incorrect. Netflix and VPN subscriptions are enough to access anywhere available on the individual VPN's server list.

It should be noted, however, that when traveling or moving you will automatically access the regional catalog of the place you're in, no matter where the account was created. VPNs will help you to continue feasting your eyes on the extra content that the US catalog has to offer or even potentially return to the library of your home country.

Netflix offers a really diverse catalog of titles at a really good price. With that in mind, it is likely that Netflix is going to retain its position as one of the most important video streaming services in the world. Value for money is only improved when gaining the ability to access the US library from anywhere around the globe, making a VPN subscription a must-have for TV and movie lovers.

We are sure that no matter what your reason for needing a Netflix VPN is, there is a brilliant option for everyone on this list that will provide everything you need. Trial periods are available from all five VPN firms featured in the article, meaning that you have a fantastic opportunity to try whichever service that piques your interest; risk-free.

Finally, apart from the benefits involved with a Netflix VPN, each service provides security and privacy against the increasing amount of legislation introduced by local governments to spy on their own citzens. Considering that rather depressing fact, we strongly recommend using a VPN every time that you connect the internet, giving yourself true anonymity.

Remember, Netflix may require the use of a particular US server and these change from time to time. If you can’t get connected straight away, then talk to your chosen VPN’s support team to find out the details. Rest assured that all the VPNs on this list can and will unblock Netflix in 2020. Enjoy!netfl

ExpressVPN consistently provides a reliable service when it comes to unblocking Netflix. It's streaming speeds are excellent, currently averaging 45 Mbps on its Netflix servers. ExpressVPN has easy to use software for all platforms including Android and iOS, strong encryption and 24/7 live chat support. It's a slightly more expensive option, but you always get your money's worth with this service, try it for free using its 30-day money back guarantee.

CyberGhost provides excellent connection speeds for streaming as well as a high number of Netflix libraries including US Netflix. When you connect to the US streaming server for Netflix, this easy to use service automatically connects you to one of 40 servers specially reserved for Netflix. This stops you from connecting to a server that is congested. CyberGhosts’s Netflix servers average at 30 Mbps; which is good enough to stream in 1080p HD. You can even unblock Netflix for free for 45 whole days - thanks to CyberGhost’s money back guarantee.

Surfshark is a relative newcomer to the VPN scene, and  has certainly made some waves! Based in the British Virgin Islands, it keeps no logs that can compromise your privacy and allows you to connect as many devices to the service as you like at the same time.

It also offers a free (to customers) smart DNS service. This is a useful backup that can unblock Netflix even if its VPN service becomes blocked, but is most useful because it can be configured on your smart TV, Xbox, or Playstation.

For a small extra fee Surfshark also offers dedicated IPs that are less likely to be blocked by Netflix. But this shouldn't be necessary, as Surfshark is great as unblocking the service anyway.

Despite being based in home-of-the-NSA US, PIA is best-known for its excellent privacy chops, with excellent technical security and a robust no-logs policy that has been [proven in court.

It is, however, a great all-round performer, and can unblock US Netflix, Frasier, Cheers, and all,  with the best of them!

It also offers a ShadowSocks proxy for censorship prevention, port forwarding, split-tunneling, and DNS-based ad and malware blocking. It operates over 3000 VPN servers in 45 countries

This no-logs Swedish VPN service is, indeed, great for privacy. What really sets it apart, however, is its ability to unblock just about every streaming service known to mankind - Including US Netflix, of course.

It achieves this by issuing fresh new IP addresses that haven’t been blacklisted anywhere on demand, and its a very effective tactic. Indeed, unlike many VPN services, PrivateVPN can unblock a large number of Newtflix catalogs around the world, bit just the US one.

PrivateVPN is also noted for its high level of customer service. If you encounter any problems streaming Frasier (or with anything else), contact PrivateVPN though its 24/7 Live Chat and it will sort you out. 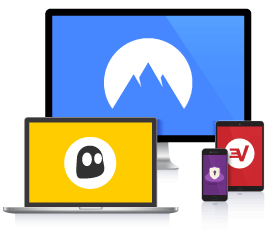 Disclosure:: ProPrivacy.com is reader-supported. Learn how we make money.